NOAA’s Deep Sea Coral Research and Technology Program is participating virtually in NOAA Ocean Exploration’s current expedition to map and explore the New England and Corner Rise seamounts in the high seas (or international waters) of the North Atlantic. Equipped with a remotely operated vehicle and telepresence technology, the team aboard NOAA Ship Okeanos Explorer transmits video data in real time to shore-based scientists who help to guide the exploration and contribute their expertise during dives.

The data collected from NOAA’s deep-sea exploration and research efforts improve our scientific understanding of the diversity and distribution of deep-sea coral communities. This information will guide future exploration activities in the region. It will also aid resource managers in developing and evaluating management options for these valuable habitats—on which U.S. fisheries and communities depend. 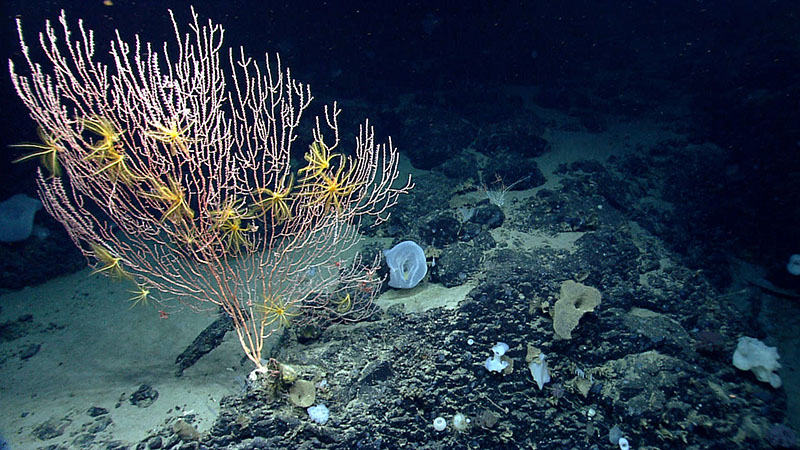 A colony of bamboo coral with crinoids on Mytilus Seamount, which is within both the Northeast Canyons and Seamounts Marine National Monument and the Georges Bank Deep-Sea Coral Protection Area. While exploring this area in 2013, researchers observed that corals were diverse, but their composition and abundance differed between the north and south side of the seamount. Image courtesy of NOAA Ocean Exploration, Northeast U.S. Canyons Expedition 2013. Download largest version (jpg, 1.7 MB).

Seamounts Are Habitat for Deep-Sea Corals

Deep-sea corals and sponges create structurally complex habitats that support rich and vibrant communities of other species. Most deep-sea corals grow extremely slowly, and if damaged, they may take centuries to recover, if they recover at all. Deep-sea coral communities are vulnerable to damage from certain fishing gear, some energy exploration and development, cable deployment, and other activities that disturb the seafloor. Of the human activities that threaten deep-sea coral habitat, seafloor trawling is widely considered to have the greatest potential for damage. The Northwest Atlantic Fishery Organization  has recognized the New England and Corner Rise seamounts as vulnerable marine ecosystems and closed them to bottom fishing. 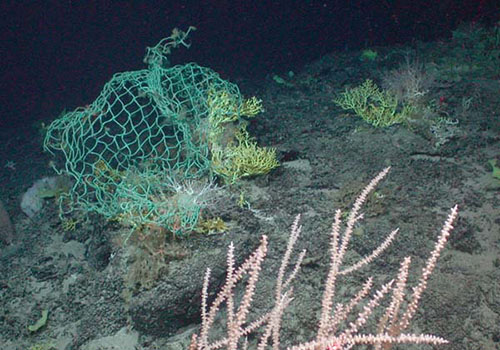 Since 2012, NOAA and partners have conducted multiple expeditions to map and survey areas of the seafloor off the U.S. Northeast continental shelf. These expeditions have revealed diverse deep-sea communities of corals, sponges, fish, and invertebrates. Scientists have also observed fishing impacts to deep-sea corals in the deep waters off New England. These data and information have been used by the Mid-Atlantic and New England Fishery Management Councils to establish several deep-sea coral habitat protection areas in the region: 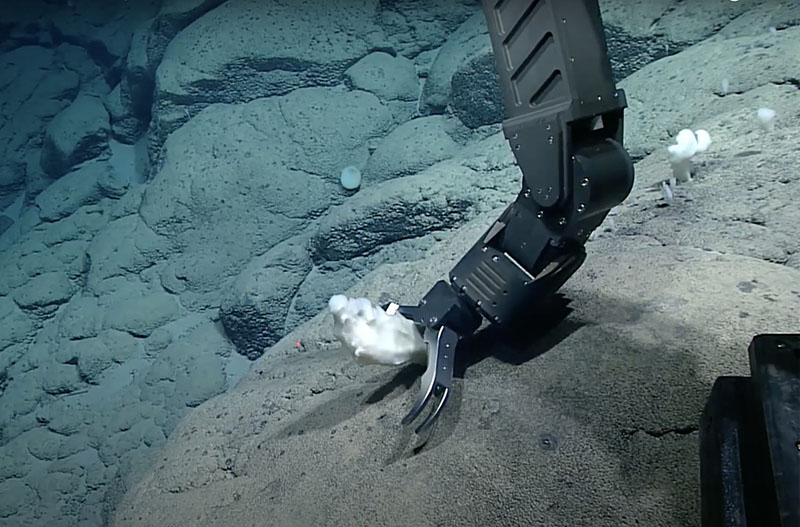 The NOAA Deep Sea Coral Research and Technology Program is proud to collaborate with NOAA Ocean Exploration and other partners to leverage complementary areas of expertise and resources to pursue priorities. The program is committed to continuing research activities that improve our understanding of deep-sea coral communities and aid resource managers in making informed management decisions. 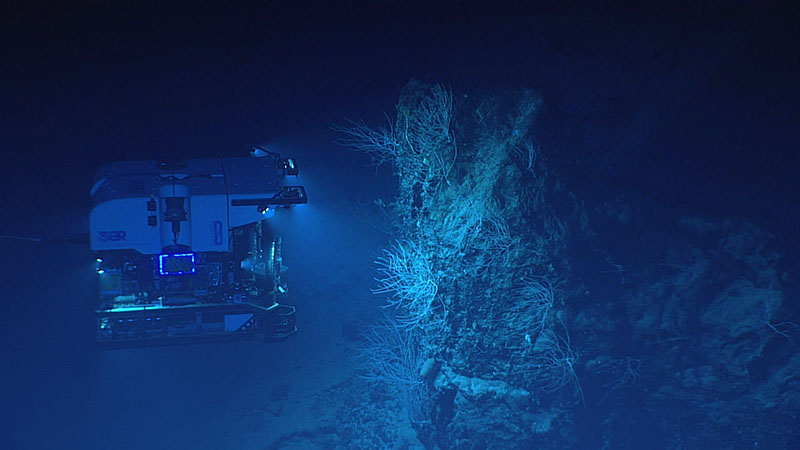