What’s In a Nodule?

But what is a nodule? Geologically speaking, nodules are defined as round or spherical concretions of rock. In marine geology, more specifically, the term usually refers to manganese nodules, a mineral type that forms by accreting in concentric layers around a fragment of some other rock or biological material, called a nucleus. When a manganese nodule is cut in half, the circular layers around the nucleus are reminiscent of tree rings.

Manganese nodules were first recovered from the seafloor in the Pacific, Atlantic, and Indian Oceans during the HMS Challenger expeditions in the 1870s. They are called manganese nodules due to being composed predominantly of manganese-oxides minerals, though they usually also contain high amounts of iron and can sometimes be called ferromanganese nodules. As they precipitate over millions of years, they can also accumulate cobalt, nickel, copper, and other trace and rare metals, depending on the geologic and oceanographic conditions where they form. 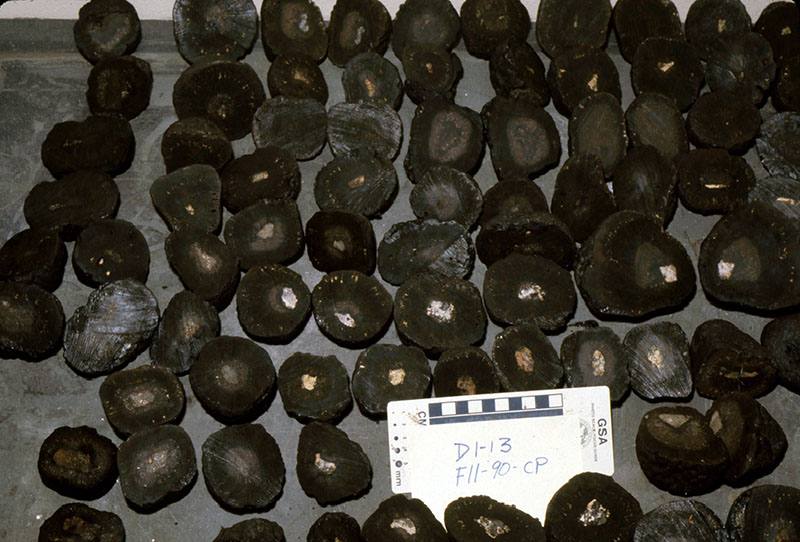 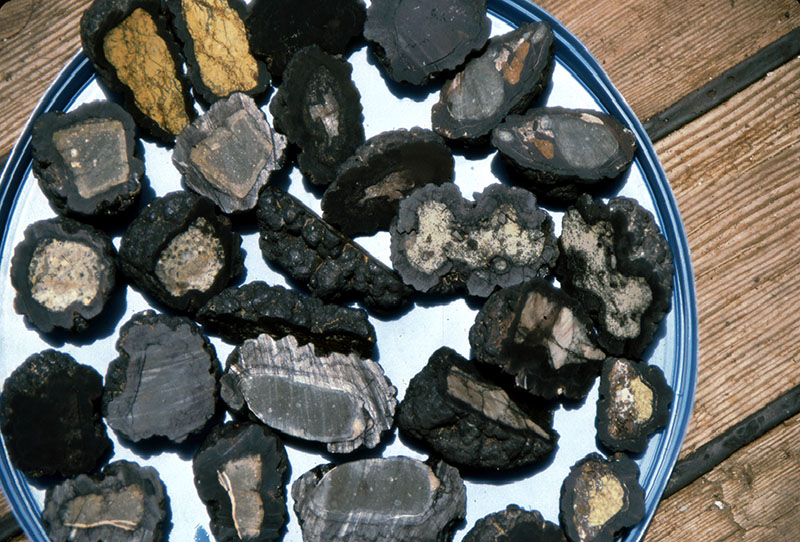 The largest deposits of manganese nodules occur in the deep abyssal plains of the world’s oceans, where they can have very uniform distribution for many miles of seafloor. A peculiar thing about nodules is that in many regions, they manage to stay situated at the surface of the sediments where they grow, despite slow but constant delivery of sediments to the seafloor. Because of these unique characteristics—vast and uniform distribution, metal contents, and persistence at the sediment surface— manganese nodules in abyssal plains have been considered for their potential as a mineral resource. In some regions of the Pacific and Indian Oceans, exploration for potential mining areas has commenced for manganese nodules in abyssal plains; but what about seamount-hosted nodules like those found in the New England Seamounts? 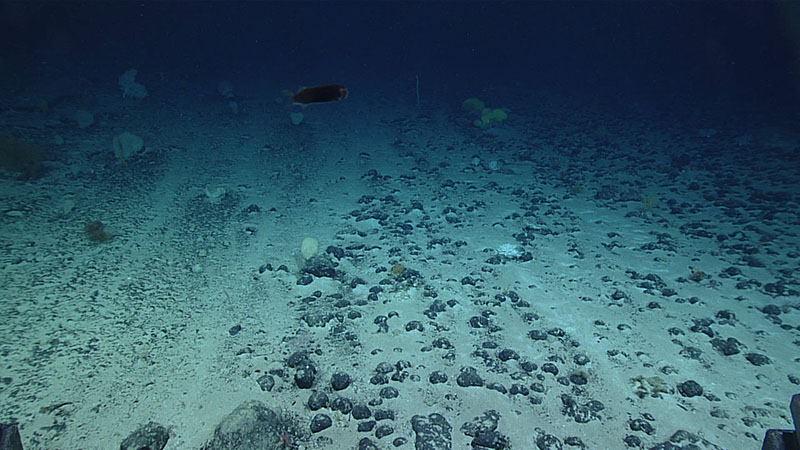 Seamount nodules are less studied than abyssal plain nodules, though they have been found during numerous expeditions to seamounts in the Pacific Ocean. Generally, seamount nodule fields cover less area than the extremely large areas where they occur in abyssal plains. Reports of seamount nodules illustrate that they tend to have larger nuclei and therefore less manganese and iron oxide mineral precipitation than abyssal nodules. Their composition also tends to be more like ferromanganese crusts than abyssal plain nodules. However, some seamount nodules have very small nuclei and resemble abyssal nodules, for example nodules recovered from Pali seamount in the Federated States of Micronesia (USGS Open File Report 92-218). Therefore, seamount hosted nodules may have a spectrum of formation types and compositions that remains to be defined. 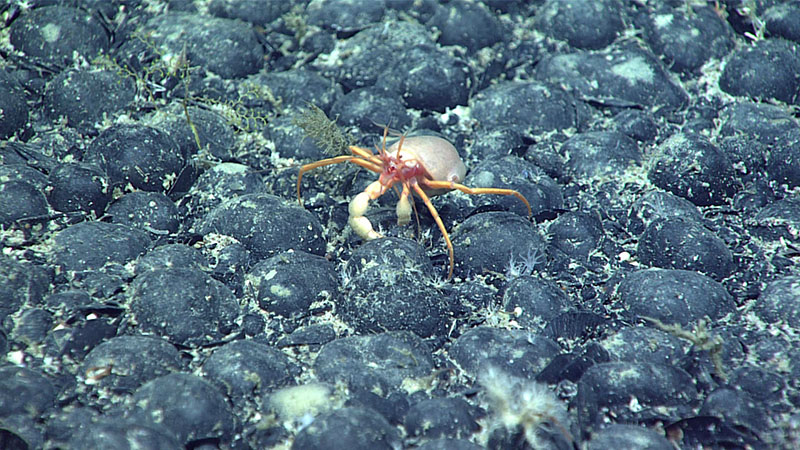 A Parapagurus sp. crab with a coral in the genus Epizoanthus on its back makes its way across a spectacular and unexpectedly densely packed field of ferromanganese nodules blanketing the seafloor of Gosnold Seamount, explored during Dive 16 of the 2021 North Atlantic Stepping Stones expedition. Image courtesy of NOAA Ocean Exploration, 2021 North Atlantic Stepping Stones: New England and Corner Rise Seamounts. Download largest version (jpg, 1.5 MB).

The discovery of nodules on Gosnold Seamount is a valuable contribution to understanding seamount nodule occurrences in the Atlantic Ocean. Further study of these nodules will also inform the general formation mechanism and distribution criteria for seamount nodules around the global oceans.