A close up of a type of black tar sponge, believed to be a new species. Image courtesy of the NOAA Office of Ocean Exploration and Research, Windows to the Deep 2019. Download larger version (jpg, 980 KB).

Our dive today took us to one of the small mounds of the Blake Plateau, approximately 164 kilometers (102 miles) east of the Florida coast. This site was initially mapped on the Windows to the Deep 2018 expedition, which helped inform our dive plan. These mounds are more isolated from each other than those in previous dives on this expedition along the western edge of the Blake Plateau, and our dive site was further east, closer to the edge of the Sargasso Sea and further from the Gulf Stream than our earlier sites.

We landed to the northeast of the knoll at a depth of about 826 meters (2,710 feet) and found a soft sediment seafloor. The terrain quickly changed from sandy sediment to stony coral rubble with a high abundance of small plexaurid and primnoid octocorals growing amongst the coral rubble. Along the northeastern side of many of the small mounds, we observed vast, dense fields of Lophelia pertusa coral. Around the western side of the knoll, there continued to be abundant coral rubble with many small plexaurid and primnoid octocorals. We collected five samples on the dive: an Aphrocallistes sponge, a Periphylla jellyfish that was hovering close to the seafloor, an Endoxocrinus crinoid, white plexaurid octocoral, and a siphonophore that was wrapped around a small octocoral. A particularly exciting find was a type of sponge that was observed for the first time during last year’s Windows to the Deep 2018 expedition and is believed to be a new species. 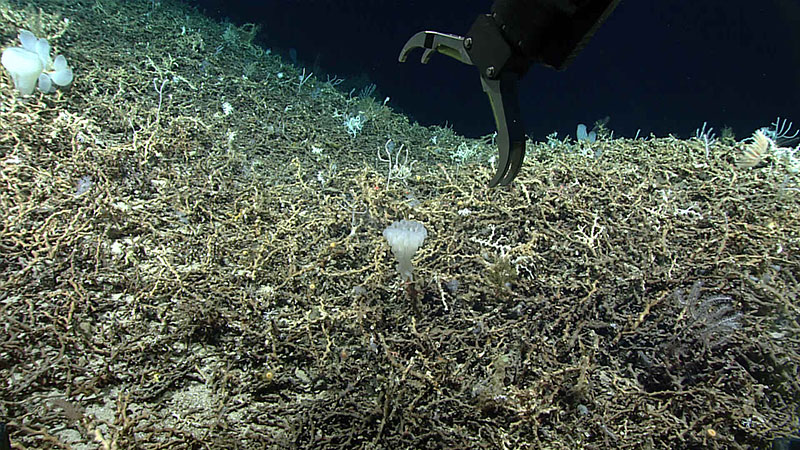 Remotely operated vehicle Deep Discoverer’s arm is visible as it starts collection of an Aphrocallistes sponge. Image courtesy of the NOAA Office of Ocean Exploration and Research, Windows to the Deep 2019. Download larger version (jpg, 1.8 MB). 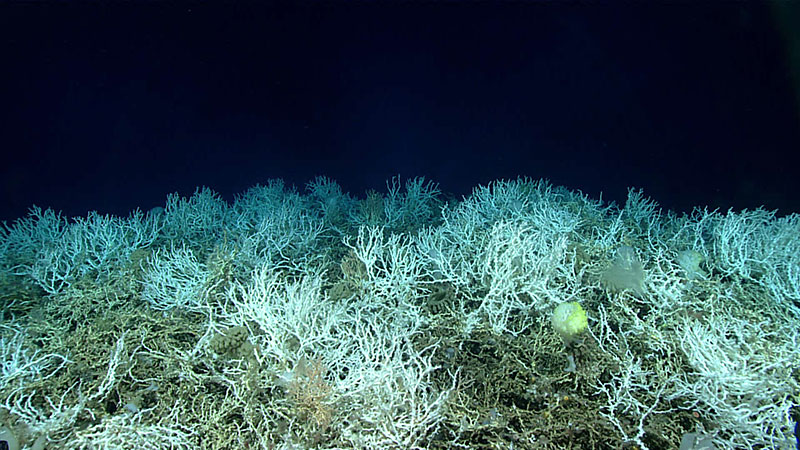 “Like a coral highway!” Lead scientists on NOAA Ship Okeanos Explorer were stunned to see extensive, dense populations of coral during yesterday’s Window to the Deep 2019 dive. Image courtesy of the NOAA Office of Ocean Exploration and Research, Windows to the Deep 2019. Download larger version (jpg, 1.5 MB).

Tomorrow, June 25, we will travel further north to investigate another mound feature in the center of the Blake Plateau that was identified during the first leg of the Windows to the Deep 2019 expedition earlier this month. We hope to encounter similar habitat suitable for deep-sea coral and sponges. 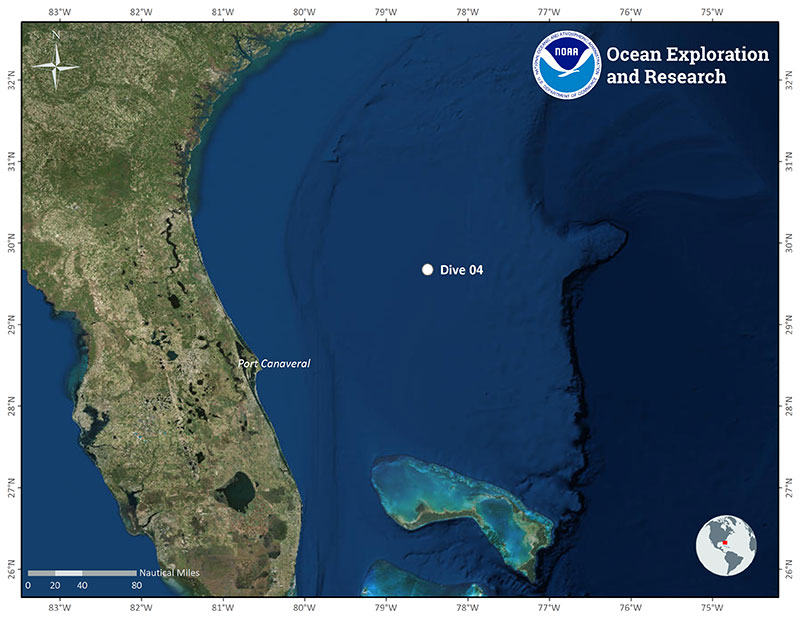 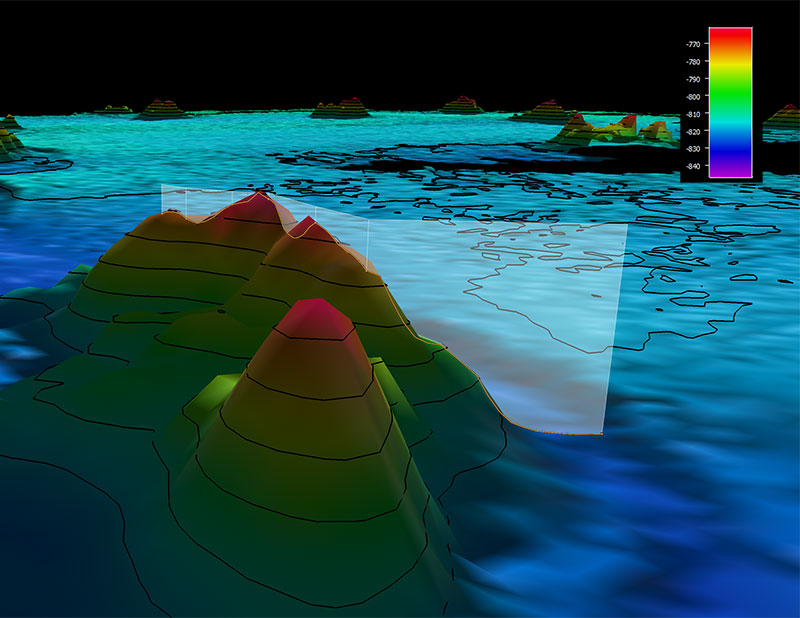