Black corals, or antipatharians, seen during the second dive of the Windows to the Deep 2019 expedition. These fascinating corals belong to the genus Leiopathes, and the species of this genus have proved to be extremely long living. Read more about these corals in this mission log. Video courtesy of the NOAA Office of Ocean Exploration and Research, Windows to the Deep 2019. Download larger version (mp4, 104.4 MB).

Today we dove at a site called “Stetson Mesa South Mounds.” This site was approximately 98 miles offshore of the Florida coast and 50 miles north of yesterday's site at Canaveral Deep. There were two primary objectives of this dive. The first was to explore the extent of a newly mapped area of the “Million Mounds” region of the Stetson Miami Terrace Deepwater Coral Habitat Area of Particular Concern. This area gained this moniker due to the thousands of mounds that cover the seafloor in this region. The second objective of the dive was to perform the first of our midwater transects during the ascent of the remotely operated vehicle (ROV) to observe and sample water column critters.

Crinoid (Pentometrocrinus sp.) swimming in the water column. This dive site had a high population of Pentometrocrinus; a specimen of this organism was collected during out dive. The only other specimen of this organism at the Smithsonian was collected in 1963 and was not fully intact, making this new collection very important to science. This may also have been the first observation of this species swimming. Image courtesy of the NOAA Office of Ocean Exploration and Research, Windows to the Deep 2019. Download image (jpg, 916 KB).

This large outcrop with several large coral colonies was seen at 760 meters (2,493 feet) depth during the second dive of this expedition. Large corals, such as the black coral shown here, can host an abundance of associates, including several flytrap anemones (Actinoscyphia aurelia) and squat lobsters. These associates use the coral to get farther off the seafloor and into nutrient-delivering currents. Image courtesy of the NOAA Office of Ocean Exploration and Research, Windows to the Deep 2019. Download image (jpg, 1.4 MB).

We started our dive a few hundred meters off the base of a cold-water coral mound at a depth of 770 meters (2,526 feet). We landed in soft sediment with a thin layer of coral rubble. The coral rubble persisted throughout the majority of the dive and increased in abundance as we traversed up to the top of the mound and across the adjacent mounds. The south-facing side of the mound had the highest abundance of live scleractinian corals. However, there was a substantial diversity of other animals with the coral rubble (crinoids, brittle stars, rays, sponges, etc.), as well as a number of black coral and octocoral species observed throughout the dive. Strong currents were present throughout the dive, which were expected due to our proximity to the Gulf Stream.

A large lobate ctenophore feeding on marine snow. Ctenophores are a common member of the midwater community and, until now, were impossible to collect during a NOAA Ship Okeanos Explorer dive. Image courtesy of the NOAA Office of Ocean Exploration and Research, Windows to the Deep 2019. Download image (jpg, 856 KB).

After the benthic portion of the dive, we conducted our first midwater exploration of this cruise. We completed transects at depths of 700, 530, 500, and 300 meters (2,296; 1,739; 1,640; and 984 feet) and were able to complete three suction samples of pelagic organisms. These transects represent depths below, within, and above the deep scattering layer, a layer of fish, plankton, and invertebrates typically between 300-600 meters (984-1,640 feet) that is visible on the ship’s acoustic sensors. Within this layer, there appeared to be a greater abundance of midwater fish, including Cyclothone sp., or bristlemouths, which may be the most abundant group of vertebrates on the planet. For the first time on a midwater dive, we were able to collect gelatinous fauna from the water column thanks to the newly installed suction sampler on the ROV. These specimens were brought to the surface, extensively photographed, and preserved so that scientists may better characterize the midwater ecosystem of this region. 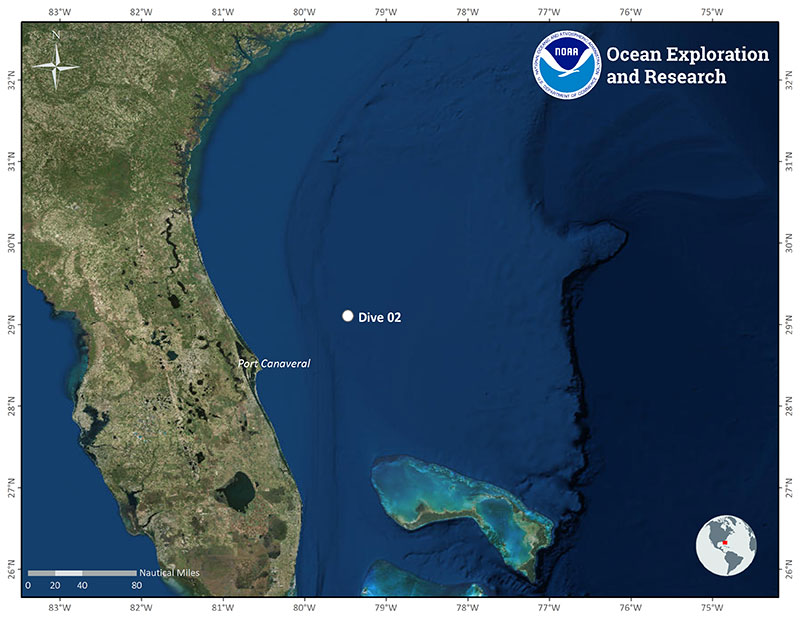 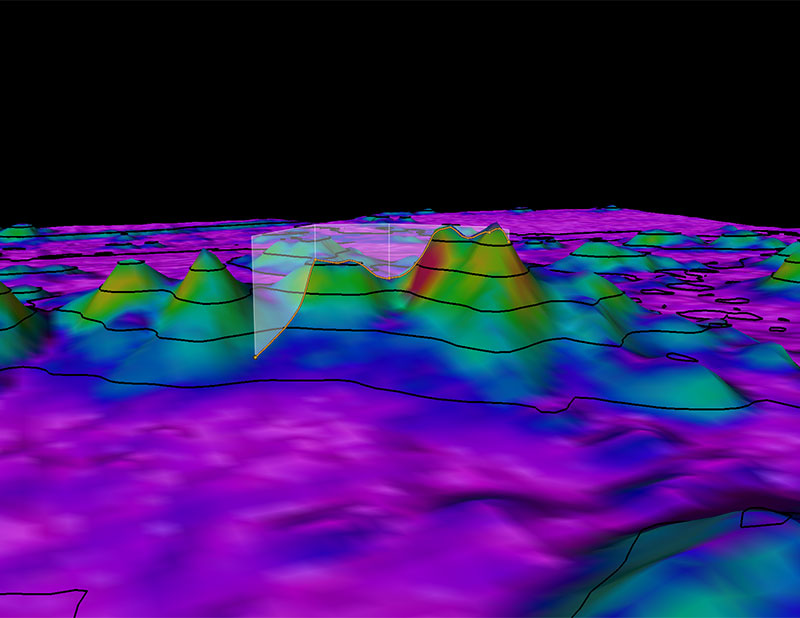