Happy start of the hurricane season and almost summer. I am reporting from Echo’s geophysical survey vessel, the R/V Nikola, a 132-foot former supply crew vessel. This is my first time aboard a research vessel, not as crew, but as a scientist. Being very green to this field I am extremely thankful for the experience and the opportunity to learn hands-on. Geoarchaeology, if you have not learned already, is a fascinating can of worms.

The vessel operates 24 hours a day and we typically work 12-hour shifts collecting data, with an average of four workers in the “office”—unless it is leading up to or following crew change—and the captain at the helm. With pre-plotted grids to be surveyed, the captain follows a series of lines ranging from one to seven kilometers in length, while traveling about four knots.

Our “office” is housed amidships and is located close enough to the equipment to receive the cables providing the nine computer screens with real-time profiles, graphs, charts, and data. During our shift we observe the profiles for channeling and keep records both by computer and paper when needed. The profile on the computer looks very comparable to the static on an old television until we reach a channel. Then the static begins to clear and distinguish the hemispheres (or lines) in to a wiggly 'V' or a crescent moon shape, showing that you’re crossing a buried valley.

Watching the parametric sonar data in real-time as the vessel crosses over a valley, which is just becoming visible at right. Image courtesy of Paleolandscapes and the ca. 8,000 BP Shoreline of the Gulf of Mexico Outer Continental Shelf. Download larger version (jpg, 5.8 MB).

When it gets monotonous, which it does at times, the realization of the awesomeness of what I’m looking at sparks a sense of wonder and motivates me again, even if it is 03:30 am. It is pretty neat crossing over a channel knowing the importance of freshwater and the possibility of archaeological sites being nearby.

Everyone on the ship has been amazing, producing a competent but fun morale. Our “office” is also very close to the galley where all attempts at achieving the summer bod quickly and happily dissipated just with one bite.

Offerings from the galley fuel the crew day in and day out. Image courtesy of Paleolandscapes and the ca. 8,000 BP Shoreline of the Gulf of Mexico Outer Continental Shelf. Download larger version (jpg, 5 MB).

During our time-off during the day, the sun soaks up all the indoors-ness and at night the stars in the sky and the bow of the ship sparkle. Not only do we get to enjoy the infinite number of stars, but on calm nights, we have observed bioluminescenct organisms dancing with the silhouettes of dolphins off our bow.

All in all, this trip has made me admire the scientists who have paved the way. Research is an art form, with a multitude of juggled levels that have to come together to perform the research. From the science side, the grant side, the business side, the always present Murphy’s Law side, and the emotional side, continuously working together until the “completed side” or the conclusion. I am extremely grateful for this chance to learn hands-on from legends. 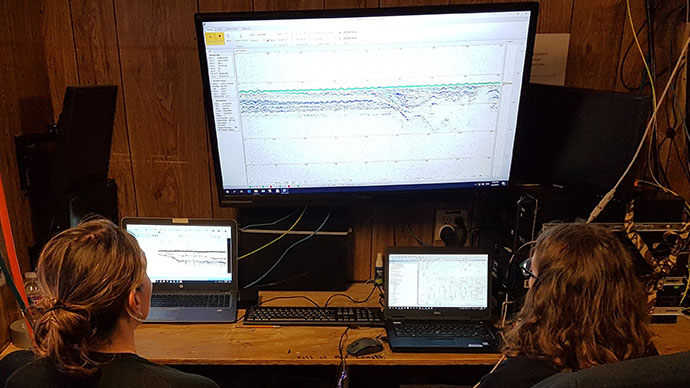 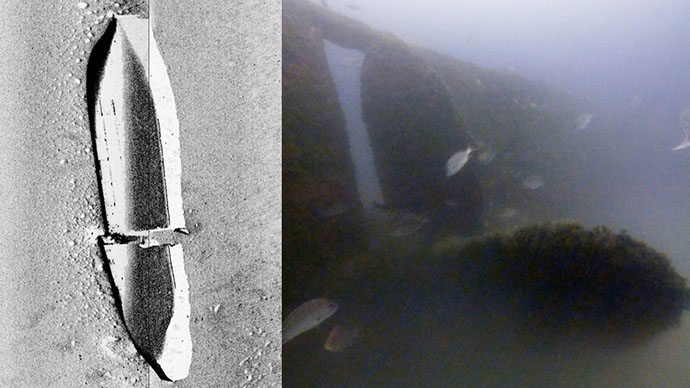 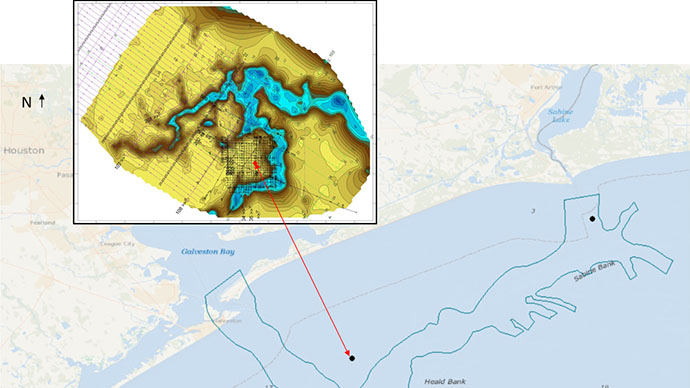 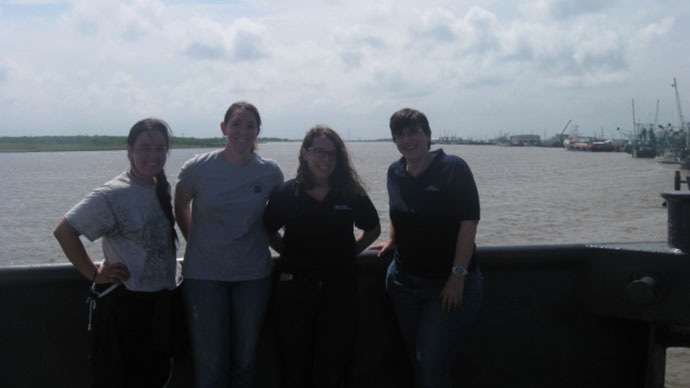