Jenny graduated from Brown in 2011 with a B.S. in marine biology. She spent the past year working as a biologist at the U.S. Geological Survey studying the effects of the Deep Water Horizon oil spill on mesophotic reef communities and researching the Gulf sturgeon population in the Suwannee River. In June, she started working at Valeo Films Inc. as a marine biologist and production coordinator and is currently pursuing her Divemaster and cavern/cave diving certifications.

Dr. J. M.Adovasio achieved world acclaim as an archaeologist in the 1970s with hisexcavation of Meadowcroft Rockshelter, 30 miles southwest of Pittsburgh,Pennsylvania. Meadowcroft has been widely recognized as the earliest well-datedarchaeological site in North America, with evidence of human habitation datingto about 16,000 years ago. Dr. Adovasio received his undergraduate degree inanthropology from the University of Arizona, in 1965, and his doctorate inanthropology from the University of Utah, in 1970.

From 1972 to'73, he was a post-doctoral Fellow at the Smithsonian Institution, and from1973 to '90, he was professor and chairman of the Department of Anthropology atthe University of Pittsburgh, where he founded the Cultural Resource ManagementProgram. In 1990, Dr. Adovasio assumed the positions of chairman of theDepartment of Anthropology/Archaeology and director of MercyhurstArchaeological Institute. Noteworthy in his fieldwork are the ongoingmulti-disciplinary investigations at Meadowcroft Rockshelter; Mezhirich,Ukraine; Dolni Vestonice/ Pavlov, Czech Republic; and Caesarea, Israel.

During his37-year career, he has specialized in the analysis of perishable materialculture (basketry, textiles, cordage, etc.) and the application of “high tech”methods in archaeological research, particularly in closed site contexts (i.e.,caves and rockshelters). He has published nearly 400 books, monographs,articles, and technical papers on subjects related to these topics, andpresents regularly at national and international meetings.

Adovasio has made multiple presentations on the expedition’s progress in thepast year, including an address to The Smithsonian Associates, Washington, D.C., as part of a program on “Underwater Settlements: OurNew Frontier;” and at the 76th Annual Meeting of the Society for AmericanArchaeology, Sacramento, Calif.

Jamie Badams is a junior at Mercyhurst University and is majoring in archaeology. He grew up on the Great Lakes and has always been fascinated by the water. He became interested in underwater archaeology during his senior year of high school. During his freshman year at Mercyhurst his professor, Dr. James Adovasio gave him an opportunity to participate in underwater research, he became scuba certified by the end of that school year and completed other scuba training during his sophomore year.

Andrew Hemmings became involved in archaeology at the University of Arizona, where he received his BA in anthropology. His masters and doctorial degrees came from the University of Florida. His current research interests include the processes and means of peopling the New World. Other topics include: Early Paleoindian stone tool technology and the manufacture and performance of their bone, antler, and ivory tools, as well as long-term climate change and the process of extinction among the animals that disappear at the end of the Pleistocene.

Dr. Thomas Loebel is an archaeologist working at the Saint Xavier University. His research interests include Late Pleistocene/Early Holocene archaeology, hunter-gather adaptations, stone tool technology and microwear analysis, underwater archaeology, and remote sensing. His research over the last decade has been aimed at exploring issues surrounding the colonization of the New World, and he has excavated at and worked on Paleoindian sites from across North America. This is his fourth year of involvement in the Exploring Submerged New World project.

Holly Perdue is working on her doctorate in Nautical Archaeology at Texas A&M University, where she serves as a Graduate Research Assistant. Her research interests center on ancient and prehistoric warfare. Having obtained her Master of Arts in History at California State University, Fullerton, her thesis discussed the Julio-Claudian generals serving on the northern frontier and aimed to deduce their level of independent command authority. By incorporating her historical background, classical training, and archaeological fieldwork into her current studies, she is continuing to investigate early warfare and communications further in her dissertation. The majority of her archaeological survey and excavation experience consisted of early man sites located in California and Arizona. With her vast scuba diving background, including trimix, cave, and AAUS scientific diving certifications, she plans to lead future underwater investigations on the California Channel Islands in order to explore evidence of warfare and communication conducted by prehistoric man.

Smith, a native of Hanover, Pa., is a 2003 graduate of Mercyhurst’s anthropology program. She earned her master’s degree in anthropology with a concentration in historic/maritime archaeology from East Carolina University. Her thesis focused on the analysis of cask material from 17th through 19th century shipwrecks. She is a passionate archaeologist with research interest in both submerged prehistoric and historic sites. Currently, she is a Registered Professional Archaeologist (RPA) and works in the private Cultural Resources Management sector of AMEC Environment and Infrastructure, Inc. in Indianapolis, Indiana. This is her third year of involvement in the Exploring Submerged New World project.

David Ulloa is the president and owner of Valeo Films Inc.  As a television personality, technical diver and underwater cameraman, David’s passion for his work and his continued outstanding performance as an Underwater Director of Photography, AD, UPM, Writer, Director and Producer have earned him the respect of his colleagues as well as the industry at large. Undersea Expeditionary Video Services, the newest division of Valeo Films, specializes in expedition-style underwater film and video production. Its current projects emphasize the technical, deep underwater content for which the company has established a proven performance record. David co-hosted “The Quest for Sunken Warships,” a special series for Discovery Networks’ Military Channel. His work was more recently featured on episodes of “Mystery Quest,” a series for History Channel. Within the scuba diving industry Mr. Ulloa contributes to many leading publications including Alert Diver Magazine, Advanced Diver Magazine and Beyond Blue.

Ben Wells received his BA in anthropology, with a concentration in archaeology and a history minor, from Mercyhurst College in Erie, Pennsylvania, in 2010. He plans to pursue underwater archaeology at the graduate level. Recently, he served as a teacher’s assistant at the Mercyhurst Archaeological Institute’s field school in Taos, New Mexico, and worked as an excavator at several historic and prehistoric sites throughout the United States. Before working on the 2009 Exploring the Submerged New World project, he had been leaning toward further studies concerned with historic matter but has since broadened his scope to include submerged prehistoric work. 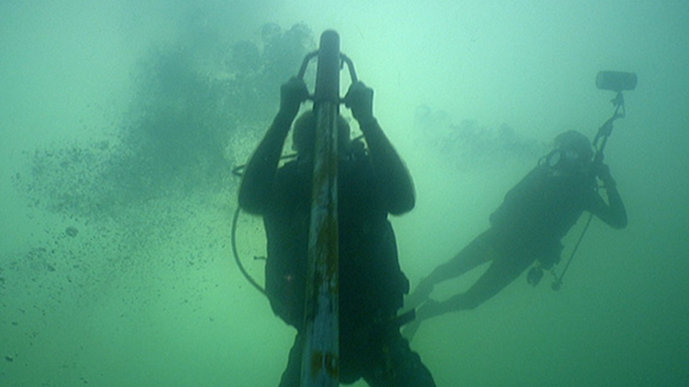 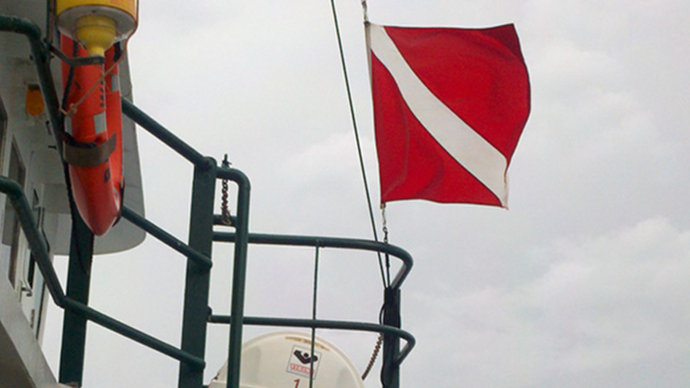 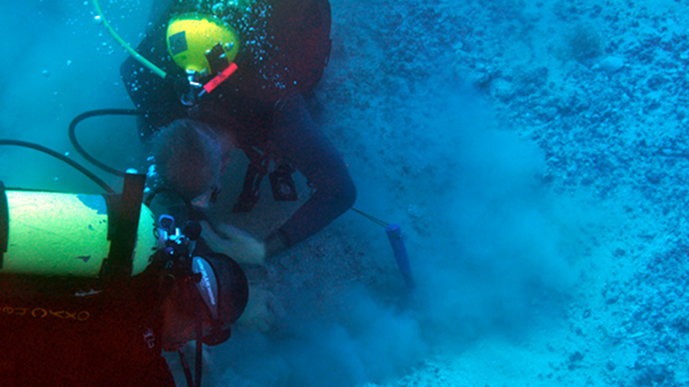 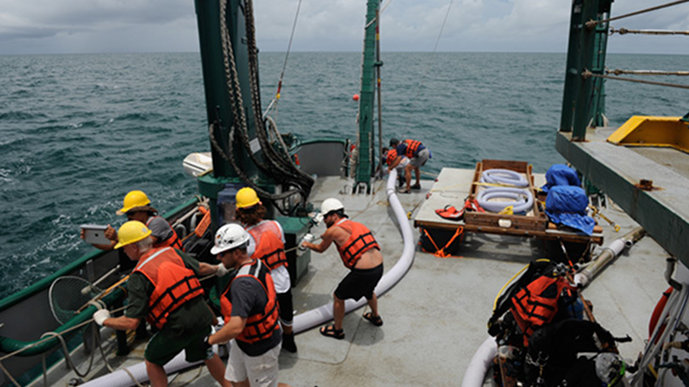