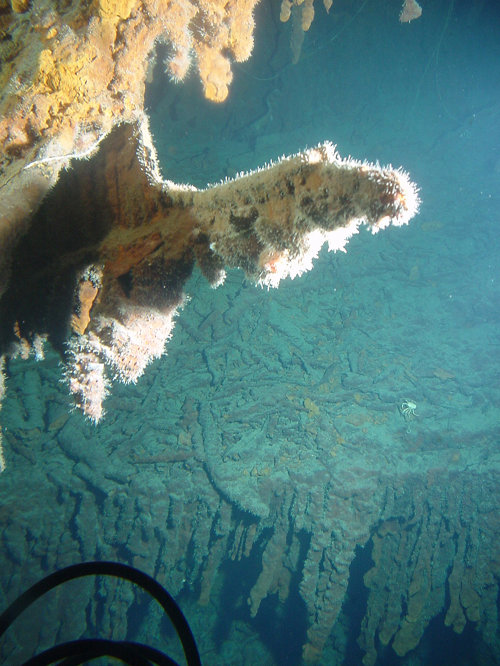 Tiny microbes are at work 3,800 m under the sea at the site of the Titanic shipwreck. The microbes feed off iron from the ship, forming icicle-shaped “rusticles.” Although rusticle formations on Titanic have been observed for many years, not much effort has gone into studying them. This expedition sent two Mir submersibles to survey the microbes that are infesting the ship and to determine their rate of growth. In 1998, four steel test platforms were placed in various locations near and on the wreck to assess the growth of rusticles on steel in different stages of fatigue. This expedition visited these platforms, and the video imagery revealed that all four showed strong evidence of rusticle growth. The longest rusticle extended 2.5 inches from the steel coupon. 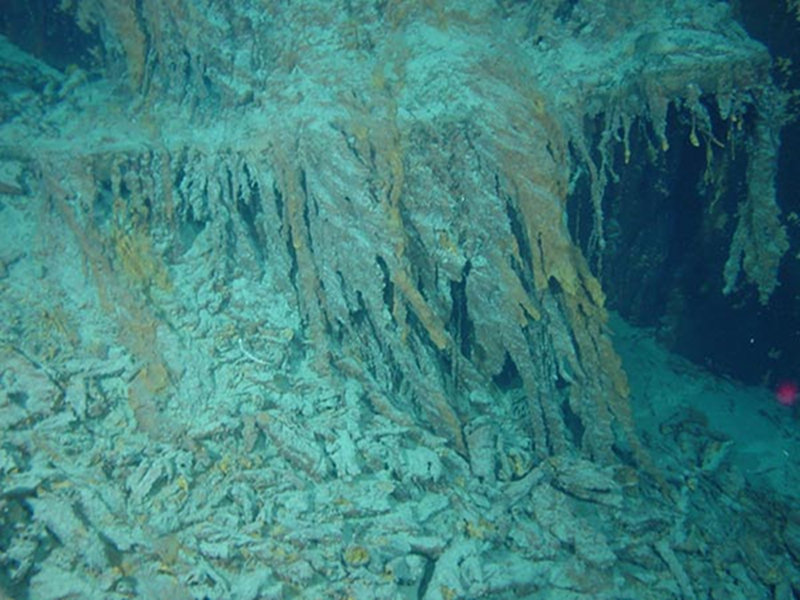 Detached rusticles below port side anchor indicating that the rusticles pass through a cycle of growth, maturation and then fall away. This particular “crop” probably was in a five to ten year cycle. Image courtesy of Lori Johnston, RMS Titanic Expedition 2003, NOAA-OE. Download larger version (jpg, 3.4 MB).

One of the experiments conducted on this expedition was to see if a common species of surface-dwelling bacteria could survive exposure to the conditions at the Titanic site. In 1998, five species were sent to the site and survived for 18 hrs with losses of no more than one order of magnitude of cells. This year, the experiment was limited to one species of bacteria (Pseudomonas aeruginosa) with replication made possible using the BART reader system. This data showed that survivors from the dive (without any protection from the conditions at the site) were impacted to a varying degree, from no reduction of cell activity to less than one order of magnitude of reduction. One of the replicates showed three orders of magnitude reduction in cell activity. 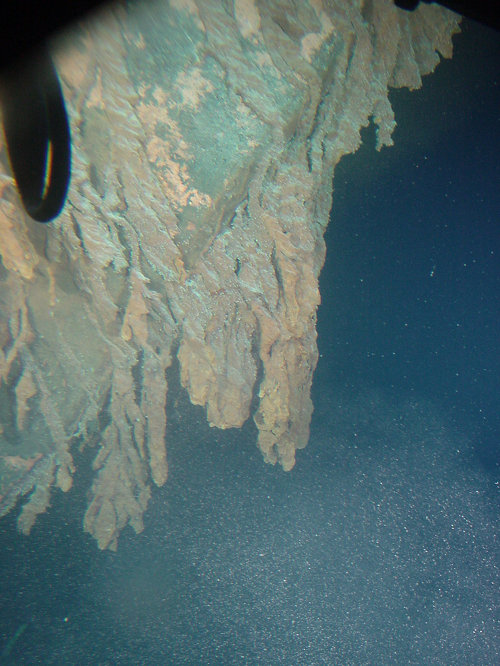 Further observations were made on the deterioration of the bow and stern sections of Titanic. From these observations it appears that the stern section of the ship is deteriorating at a faster rate than the bow section, and has been calculated to be about 40 yrs ahead of the forward section. This was determined due to the state of the steel at the stern, which was severely embrittled and distorted, providing better "habitat" for rusticle formation. Also, because food was stored on Titanic primarily in the stern section of the ship, it supplied the initial nutrients for rusticle growth. Lastly, surfaces within the hull that had been torn apart served as a staging ground for rusticle growth. 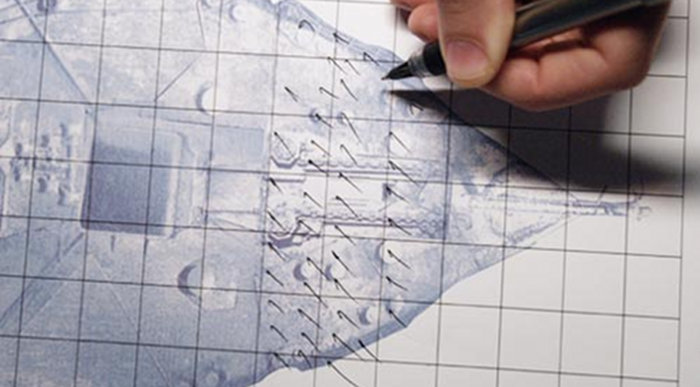 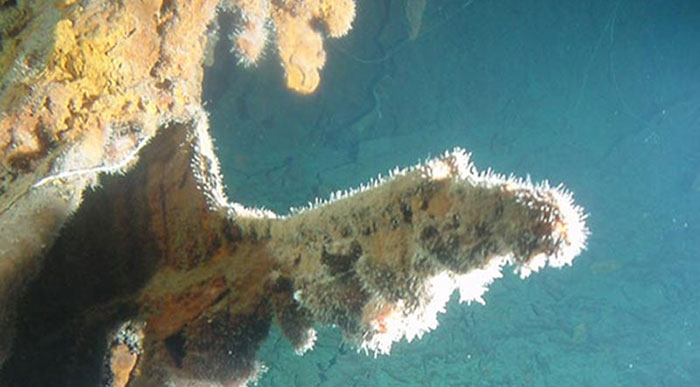 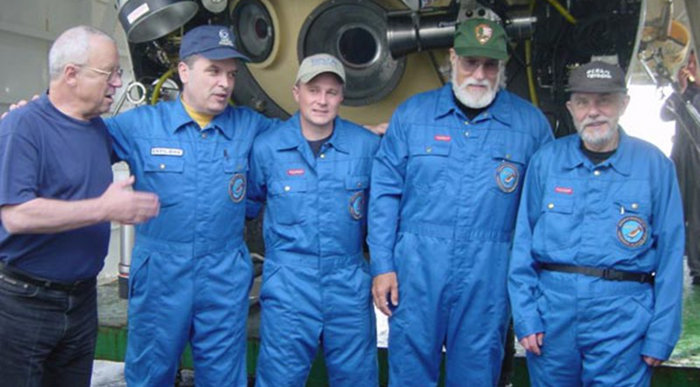