To study our ocean, scientists sometimes find they need to physically be in the water. However, crushing pressures and cold temperatures make deep-sea exploration impossible for scuba divers. Human-occupied vehicles (HOVs) work around this problem, making the impossible a reality. HOVs are submersibles that bring a small group of scientists, pilots, and electronic equipment down in the water column and onto the seafloor, allowing in-person research and observation. 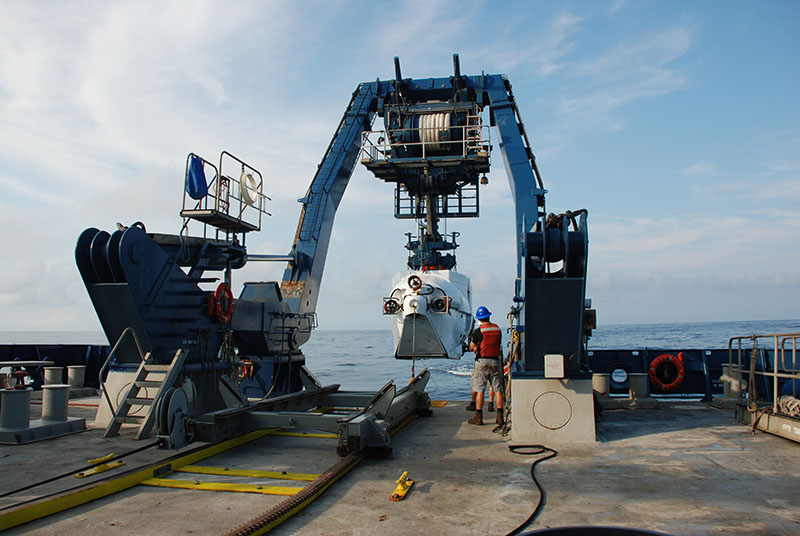 The idea for HOVs originated in the 1950s when there was a push for deep-sea exploration. By the mid-1960s, the first human-occupied submergence vehicles were being commissioned and tested in shallow waters. Today, HOVs are renowned for their contribution to research breakthroughs over the past 50 years, including the discovery of hydrothermal vents, the investigation of the RMS Titanic shipwreck, and oceanographic research thousands of meters underwater. HOVs are often used along with remotely operated vehicles (ROVs) to allow for maximum observation and coverage during dives. 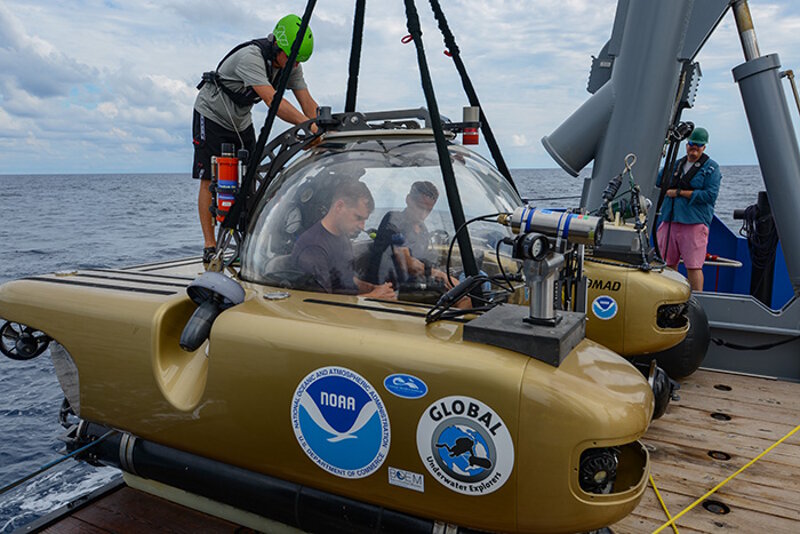 An archaeologist and pilot preparing for a dive in the Triton 1000 submersible to investigate sunken submarines from World War II. This expedition--known as the Battle of the Atlantic: Archaeology of an Underwater World War II Battlefield--featured the commission of this human-occupied vehicle capable of diving 305 meters (1,000 feet) underwater for exploration and observation. Image courtesy of John McCord UNC CSI – Battle of the Atlantic expedition.. Download largest version (jpg, 11.2 MB).

While there have been improvements to HOVs, the build of these submersibles has stayed relatively consistent over time. HOVs contain compact pressure hulls with a window that allows a small team of researchers and pilots to see into the water. HOVs use lights, cameras, sensors, and manipulator arms to observe and collect biological and geologic samples. HOVs also have thrusters to maneuver over rugged topography and hover above the seafloor. Buoyancy packs help keep the vehicle light, which allows the HOV to easily ascend at the end of the dive. 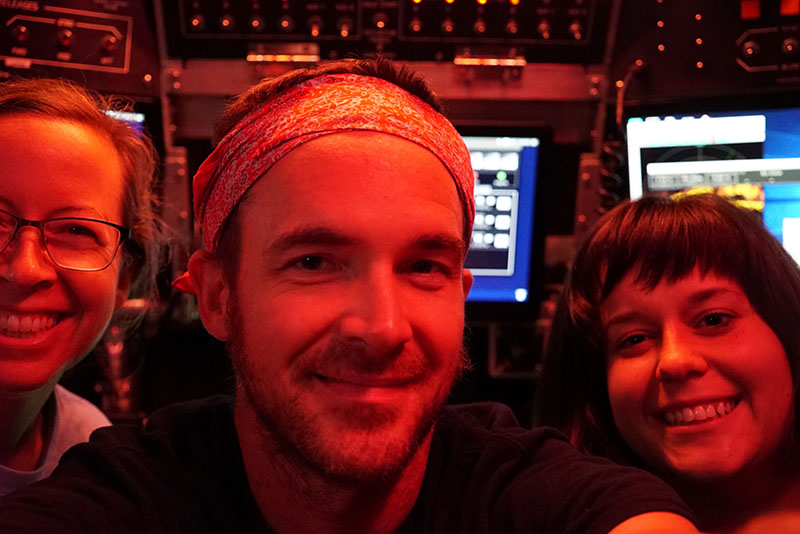 The main benefit of HOVs is they allow scientists to be within the natural deep-ocean environment, which can be beneficial for environmental evaluation and sensory surveillance. HOV Alvin, which Woods Hole Oceanographic Institution operates, is currently the country’s only deep-diving research submersible capable of bringing humans to the seafloor at depths as great as 4,500 meters (2.8 miles). Alvin has been on thousands of dives and has produced a variety of topographic maps and photographic surveys. No part of Alvin is the same from when it was first generated in 1964—Alvin has slowly updated its sensors and structure so it can travel deeper and collect higher-resolution data. While the updates and operation of HOVs are more expensive than submersibles such as ROVs and AUVs, the benefits of direct human interaction with the deep sea make HOVs a valuable asset. 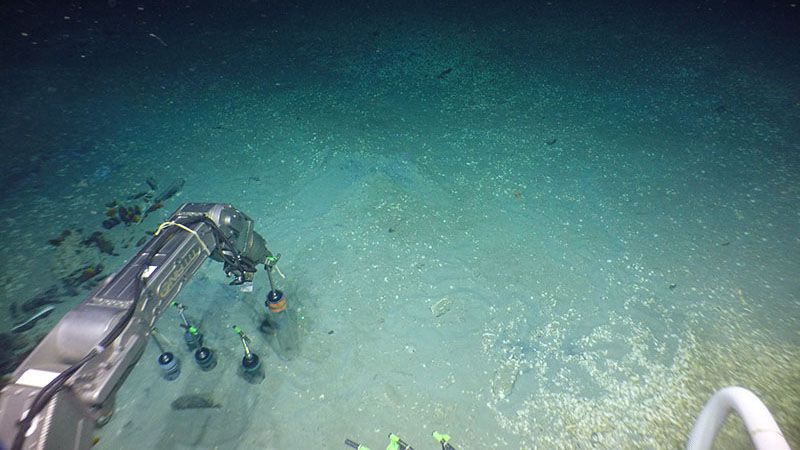 Human-occupied vehicle Alvin uses one of its manipulator arms to collect a set of geologic push cores from the seafloor during the DEEP SEARCH expedition. Image courtesy of Inner Space Center and the University of Rhode Island. Download largest version (jpg, 4.3 MB).

This image, taken from inside the pressure hull of the human-occupied vehicle Alvin, features the port manipulator preparing to sample corals from a coral mound in the Gulf of Mexico during a 2018 expedition. Image courtesy of Acid Horizon (2018). Download largest version (jpg, 854 KB).

HOVs incorporate a unique advantage that transcends beyond technological development: the use of scientists’ own eyes and knowledge. The ability for scientists to explore the water column and ocean floor first-hand continues to allow for scientific breakthroughs while inspiring generations of future explorers.

DEEP SEARCH 2018: 'Eyes on the Seafloor--Using Alvin for Deep-Sea Sampling'