For a long time, planetary scientists thought Earth’s ocean was unique in the solar system. After all, Earth is the only planet that orbits our sun in the “Goldilocks Zone” that is neither too hot, nor too cold, for liquid water to exist on the surface. For that reason, astrobiologists have looked to exoplanets — planets circling other stars — for signs of oceans like our own that might harbor extraterrestrial life in order to answer one of the oldest questions humans have asked: “Are we alone in the universe?”

But then came insights from two NASA missions suggesting that liquid water oceans might be present much closer to home. The Galileo Mission arrived at Jupiter in 1995 and the data it sent back provided strong evidence of liquid oceans beneath the ice on three of its moons: Europa, Callisto, and Ganymede. More recently, the 1997-2017 Cassini Mission to Saturn discovered water-rich gas plumes venting from the surface of the ice moon Enceladus. Analysis of those plumes suggests that Enceladus may have seafloor hydrothermal vents similar to those on Earth that could provide the necessary energy to sustain life. 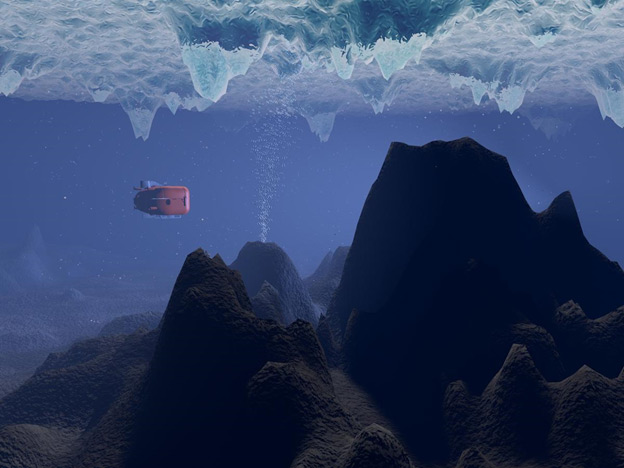 Together, these discoveries mean that the search for life beyond Earth has reached a critical new phase. Planetary science and ocean science  have begun to converge as it has become clear that multiple planetary bodies within our solar system host saltwater oceans in contact with a rocky seafloor that is likely cracking open as a result gravitational forces from its giant parent. On Earth, cracks in the seafloor permit seawater to percolate down, where it reacts with minerals and returns to the surface as hot, chemical-rich fluid. That fluid — which can come in a wide range of chemical compositions — is able to support the diverse and vibrant life found at deep-sea hydrothermal vents and seeps, far from the energy provided by sunlight and photosynthesis at the ocean’s surface.

This suggests that finding life beyond Earth may not require futuristic technologies enabling interstellar space travel. Instead, our most direct path could be to continue robotic exploration of the ocean worlds within our own solar system — locations that are not only well within our reach, but that also hold an environment with which today’s ocean scientists are already intimately familiar, and that engineers like those that designed and built Orpheus and Eurydice are already accustomed to exploring. 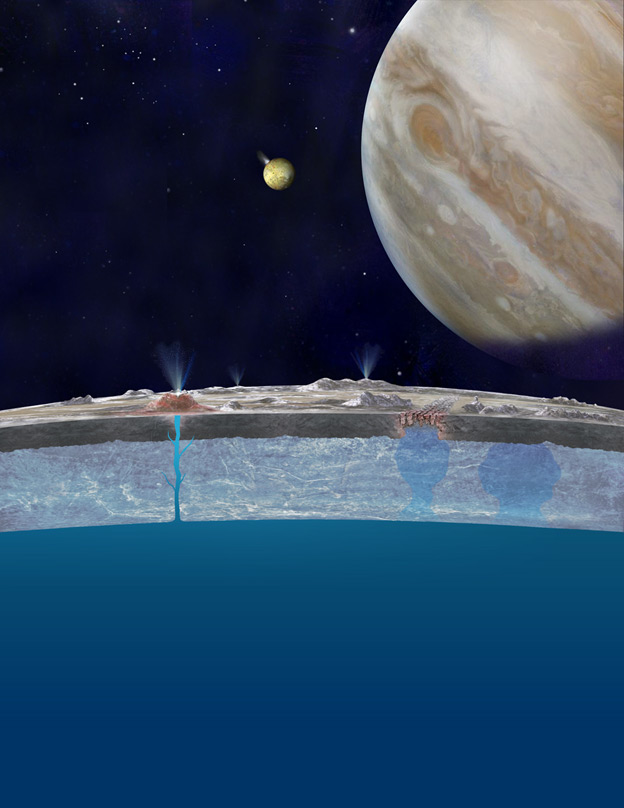 Figure 2: Artist's impression of the liquid water ocean beneath the ice shell of Europa with its parent, Jupiter, in the background. Image courtesy of NASA. Download image (jpg, 675 kb).

In 2024, NASA plans to launch a fly-by mission to Europa with a spacecraft equipped with instruments specifically designed to look for signs of habitable conditions beneath its icy crust. Soon after, the agency hopes to launch a more ambitious mission — one that will land on the surface of Europa and collect samples that could potentially contain direct evidence of life. What we know of the ocean on Europa tells us that pressures at the bottom should be roughly the same as those in hadal trenches here on Earth, making the deepest parts of our ocean ideal test beds for an eventual mission there, perhaps even within this century. This reinforces the original motivation for building the Orpheus class of autonomous vehicles: to usher in a new era of discovery about the diversity of evolutionary pathways of life in “extreme” environments, to better understand the limits to life on Earth (and in the universe), and to discover the novel adaptations life has devised to thrive in even the most extreme places on Earth.