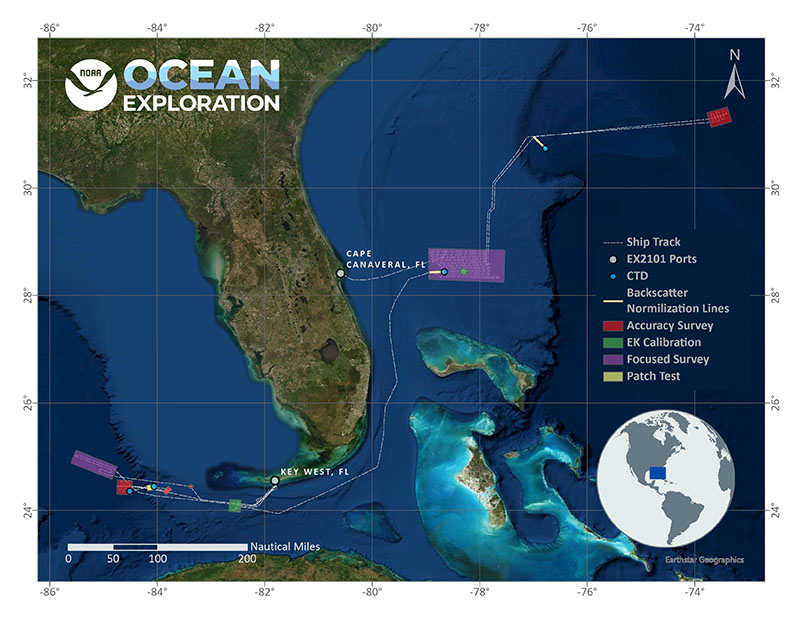 From April 16 - May 10, 2021, NOAA Ocean Exploration conducted acceptance testing of a state-of-the-art EM 304 MKII multibeam sonar transducer and ensured that all mapping-related equipment aboard NOAA Ship Okeanos Explorer were calibrated and functional for 2021 operations. This expedition was expected to be challenging due to the high stakes EM 304 Sonar Acceptance Testing (SAT), the EK80 38 kHz split-beam transducer acceptance, shake down of the systems after an intense drydock and remobilization period, and the fact that it was the first expedition on Okeanos Explorer since March 2020.

Despite these challenges and additional unforeseen obstacles that arose during the expedition, all of the rigorous objectives that were planned were completed and much more! Along with the shakedown objectives, a focused survey was completed to explore and map approximately 6,000 square kilometers (2,317 square miles) on the Blake Plateau, where new mapping data have been transforming scientific understanding of the marine habitats in the region.

Below is a summary of the primary achievements during the 2021 EM 304 Sea Acceptance Testing and Mapping Shakedown expedition.

These achievements would not have been possible without the tireless efforts of the expedition team, consisting of members from NOAA Ocean Exploration and the Global Foundation for Ocean Exploration, as well as the command and crew of NOAA Ship Okeanos Explorer. The excellent teamwork and communication exhibited between the ship’s crew and expedition teams both aboard and on shore contributed immensely to the ultimate successes of this expedition, and is encouraging of another successful year of NOAA Ocean Exploration work aboard NOAA Ship Okeanos Explorer! 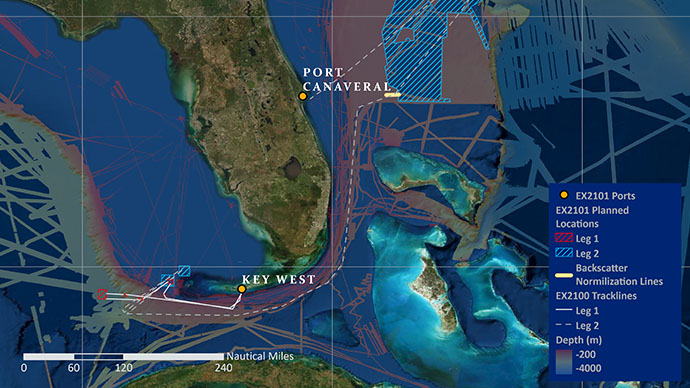 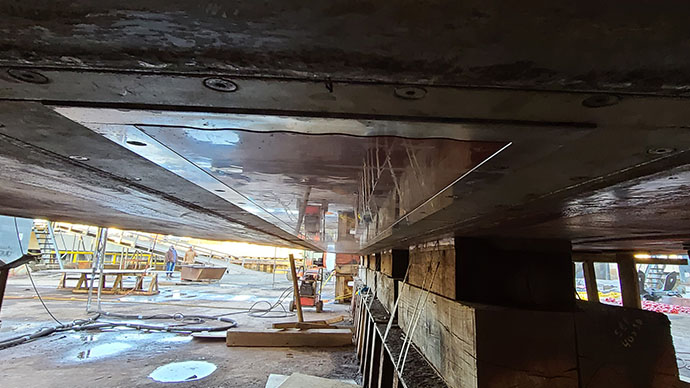 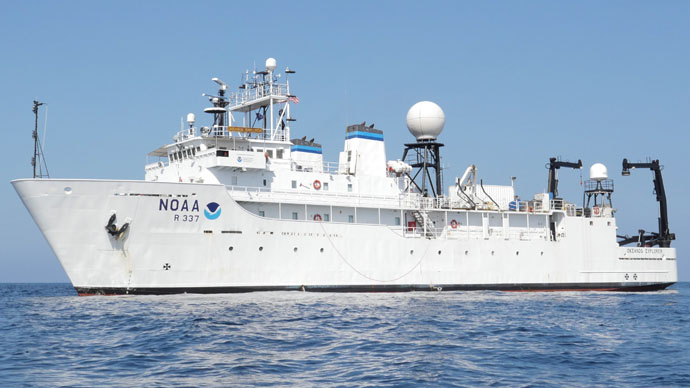