Why Are We Exploring the Central Pacific Basin? 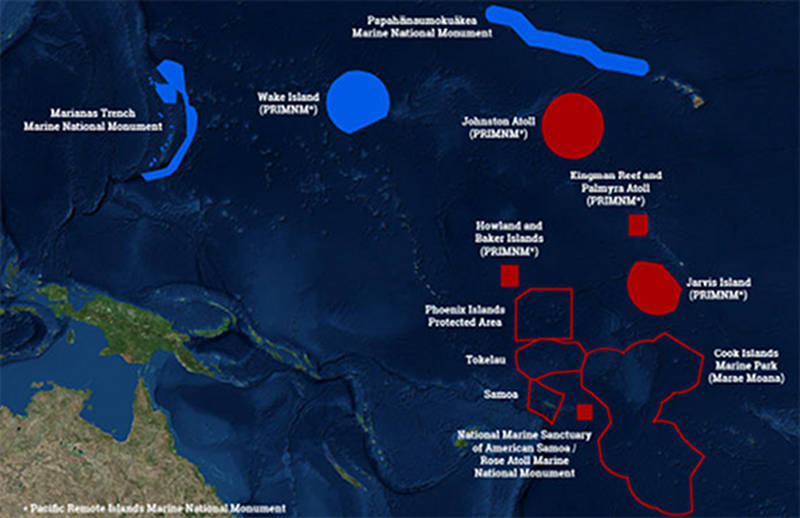 In January 2017, NOAA Ship Okeanos Explorer began her first expedition of what remains in a three-year effort to investigate the rich biodiversity and dynamic geology in deepwater environments of the U.S. central and western Pacific Ocean. This three-year exploration campaign, titled the Campaign to Address Pacific monument Science, Technology, and Ocean NEeds (CAPSTONE) involves the systematic collection of baseline information to support science and management needs within and around marine monuments and other protected places in the Pacific. It also serves as an opportunity for NOAA and the nation to highlight the uniqueness and importance of these national symbols of ocean conservation.

In March, the science team explored areas off the Swains Atoll in American Samoa before following the Tokelau seamount trail north through Tokelau and PIPA into the Howland/Baker Islands unit of the PRIMNM. Information on that expedition can be found here.

From April 27 through May 19, 2017, the Mountains in the Deep: Exploring the Central Pacific Basin expedition will include investigation of deepwater areas in the Kingman Reef and Palmyra Atoll and Jarvis Island Units of the Pacific Remote Islands Marine National Monument (PRIMNM), around the Cook Islands Marine Park, and the high seas.

Largely unexplored, the PRIMNM is the largest marine protected area in the world [370,000 square nautical miles (1,269,065 square kilometers)] and is inhabited by the most widespread collection of marine life under a single country's jurisdiction. This expedition will traverse seamounts and atolls at depths between 250-6,000 meters, as we work to better understand the deep-sea habitats of the Central Pacific Basin.

Scientists from around the world will be participating in the explorations in real time through telepresence technology and students and the general public can watch and listen to remotely operated vehicle dives in real time on the NOAA Ocean Explorer website.