Why Are We Exploring Marine Protected Areas of the Remote Pacific Ocean?

In January 2017, NOAA Ship Okeanos Explorer began her first expedition of what remains in a three-year effort to investigate the rich biodiversity and dynamic geology in deepwater environments of the U.S. central and western Pacific Ocean. This three-year exploration campaign, titled the Campaign to Address Pacific monument Science, Technology, and Ocean NEeds (CAPSTONE) involves systematically collecting baseline information to support science and management needs within and around marine monuments and other protected places in the Pacific. CAPSTONE serves as an opportunity for NOAA and the nation to highlight the uniqueness and importance of these national symbols of ocean conservation. 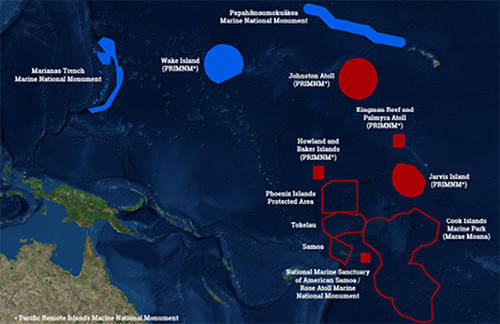 From February 16 to March 2, 2017, scientists explored southern portions of the Pacific Remote Islands Marine National Monument (PRIMNM), Phoenix Islands Protected Area (PIPA) , Tokelau, and Cook Islands, American Samoa and Samoa, the Johnston Atoll Unit of the PRIMNM, and Musician Seamounts north of the Hawaiian Archipelago. Information on that expedition can be found here. 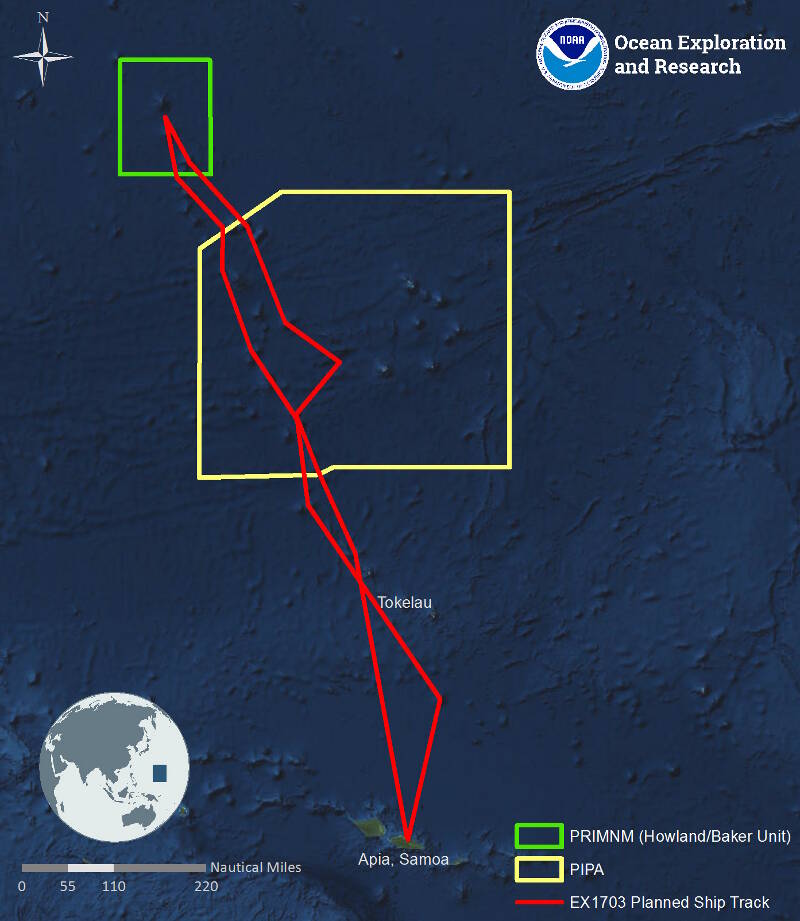 Map showing the general expedition operating area. The red line is the rough cruise track to and from PRIMNM during the expedition. The yellow shaded area is the Phoenix Islands Protected Area. The green box denotes the boundaries of the Howland and Baker Unit of the Pacific Remote Islands Marine National Monument. Image courtesy of the NOAA Office of Ocean Exploration and Research. Download larger version (jpg, 344 KB).

From March 7 to March 29, 2017, the science team will be exploring close to Swains Atoll in American Samoa before following the Tokelau seamount trail north through Tokelau and PIPA into the Howland/Baker Islands unit of the PRIMNM.

During this expedition, the exploration strategy of NOAA Ship Okeanos Explorer will be employed: bathymetric mapping using multibeam sonar; water column exploration using a Conductivity, Temperature and Depth Profiler (CTD); and remote imaging and video with Deep Discoverer. Scientists from around the world will be participating in the explorations in real time through telepresence technology, and students and the general public can watch and listen to remotely operated vehicle dives in real time on the NOAA Ocean Explorer website.