Why Are Scientists Exploring the Deep Sea of the Mid-Cayman Rise?

A key purpose of NOAA’s Ocean Exploration Initiative is to investigate the more than 95 percent of Earth’s underwater world that until now has remained virtually unknown and unseen. Such exploration may reveal clues to the origin of life on Earth, new knowledge about the forces that cause natural hazards such as volcanoes and earthquakes, cures for human diseases, answers about how to achieve sustainable use of resources, and information to protect endangered species.

One of the most exciting and significant scientific discoveries in the history of ocean science was made in 1977, deep on the ocean floor near the Galápagos Islands. Here, researchers found large numbers of animals that had never been seen before clustered around underwater hot springs flowing from cracks in the lava seafloor. Similar hot springs, known as hydrothermal vents, have since been found in many other locations where underwater volcanic processes are active. Hydrothermal vents are formed when seawater flows into deep cracks in the ocean floor, is heated by molten rock to temperatures that may be higher than 350º C, and then rises back to the surface to form hydrothermal vents where the superheated water erupts through the seafloor. The presence of thriving biological communities in the deep ocean was a complete surprise, because it was assumed that food energy resources would be scarce in an environment without sunlight to support photosynthesis. Researchers soon discovered that the organisms responsible for this biological abundance do not need photosynthesis, but instead are able to obtain energy from chemical reactions through processes known as chemosynthesis. Photosynthesis and chemosynthesis both require a source of energy that is transferred through a series of chemical reactions into organic molecules that living organisms may use as food. In photosynthesis, light provides this energy. In chemosynthesis, the energy comes from other chemical reactions. For additional discussion about the source of energy in chemosynthesis, see “More About Chemosynthesis and Reducing Habitats”, in the Galápagos Rift 2011 Expedition Purpose.

The geologic processes that produce hydrothermal vents are linked to movements of tectonic plates, which are portions of the Earth’s outer crust (the lithosphere) about 5 km thick, as well as the upper 60 - 75 km of the underlying mantle. These plates move on a hot flowing mantle layer called the asthenosphere, which is several hundred kilometers thick. Heat within the asthenosphere creates convection currents (similar to the currents that can be seen if food coloring is added to a heated container of water). Movement of convection currents causes tectonic plates to move several centimeters per year relative to each other.

German et al. (2010) describe three types of hydrothermal vents that have been found along mid-ocean ridges. Type 1 vents have high vent fluid temperatures (up to 407º C), and are associated with ‘mafic’ rocks, which means that the rocks have high concentrations of manganese and iron. Superheated water in contact with mafic rocks results in high concentrations of dissolved minerals in the vent fluid. When this fluid erupts through the seafloor, it enters seawater with near-freezing temperatures which causes some of the dissolved minerals to precipitate from the solution. This makes the hot water plume look like black smoke, and these vents are often called “black smokers.” In some cases the precipitated minerals form chimneys or towers. View a virtual fly-through of a vent field containing black smokers. Most vents that have been discovered to date are Type 1.

Type 2 vents also have high vent fluid temperatures, but these vents are the result of reactions between seawater and mantle rocks (instead of crustal basalt). These mantle rocks are known as peridotites, and are “ultramafic,” meaning that they have a very low silica content (less than 45%) and high concentrations (usually greater than 90%) of magnesium and iron. Peridotites are typically well below Earth’s crust, but uplifting caused by faulting can raise peridotites to the surface of the crust where they are likely to be exposed to water. Peridotites are unstable at temperatures below about 425ºC and react with seawater to form the mineral serpentine, which is characteristic of Type 2 vents. The reaction of peridotites to form serpentine is called serpentinization. This reaction consumes large amounts of water (as much as 300 kg per cubic meter of rock) which is retained in the oceanic plates. The entire process is reversed when oceanic plates are subducted; the water is released into the deep lithosphere and re-emerges in volcanic eruptions.

Type 3 vents also involve serpentinization, but have much lower vent fluid temperatures (around 40º to 90º C). The Lost City hydrothermal vent field is an example of Type 3, and was the focus of a 2005 Ocean Explorer expedition.

The Mid-Cayman Rise (MCR) is the world’s deepest and slowest-spreading mid-ocean ridge. Exploration of the MCR was underway in the 1970s, but the discovery of the first hydrothermal vents on the Galápagos Spreading Center caused deep-sea researchers to change the focus of their investigations - until recently. In 2009, a systematic exploration along the MCR found evidence of all three types of hydrothermal vents within 100 km of each other. The potential Type 1 vent site is 5,000 m deep - the deepest vent presently known. Two other sites are nearby on top of the rift valley wall where ultramafic rocks are believed to be exposed. These sites are low-temperature Type 3 vents. The remaining site is deep (more than 4,000 m), with high-temperature Type 2 vents.

Deepwater biological communities associated with hydrothermal vents are fundamentally different from other biological systems, and there are many unanswered questions about the individual species and interactions between species found in these communities. These species include some of the most primitive living organisms (Archaea) that some scientists believe may have been the first life forms on Earth. Many species are new to science, and may prove to be important sources of unique drugs for the treatment of human diseases. Although much remains to be learned, new drugs and other useful products have already been discovered in hydrothermal vent organisms. At present, almost all drugs produced from natural sources come from terrestrial plants, but marine animals produce more drug-like substances than any group of organisms that live on land. Some chemicals from microorganisms found around hydrothermal vents (the exopolysaccharide HE 800 from Vibrio diabolicus) are promising for the treatment of bone injuries and diseases, while similar chemicals may be useful for treating cardiovascular disease. Other examples of useful products include Thermus thermophylus, a microorganism that is adapted to live under extremely high temperature conditions near hydrothermal vents. One of these adaptations is a protein (Tth DNA polymerase) that can be used to make billions of copies of DNA for scientific studies and crime scene investigations. Another microorganism (genus Thermococcus) produces a type of protein (an enzyme called pullulanase) that can be used to make sweeteners for food additives.

Hydrothermal vent communities on the MCR are interesting to biologists for other reasons. At present, the MCR is isolated from the rest of the global mid-ocean ridge system, though it was connected to the Galápagos Spreading Center until about 5 million years ago when the Isthmus of Panama closed the seaway connecting the Caribbean Sea and Pacific Ocean. This raises intriguing questions about MCR vent organisms. Do they resemble vent biota on the Galápagos Spreading Center? Or, are they more similar to organisms on the Mid-Atlantic Ridge? How similar are they to organisms in chemosynthetic communities of the Gulf of Mexico? Answers to these questions can provide new insights into how new hydrothermal vent systems are colonized, and whether vent organisms move among widely separated vent systems. Still more questions arise in sites where ultramafic rocks are present, because hydrothermal fluids venting from ultramafic vent systems have been found to contain methane and other low-molecular weight hydrocarbons that are believed to have been produced by processes that do not involve living organisms. These processes are potentially relevant to the origins of life on Earth, as well as exploration for similar systems that support living organisms in other parts of our solar system.

The Mid-Cayman Rise Expedition 2011 is directed toward two major objectives: 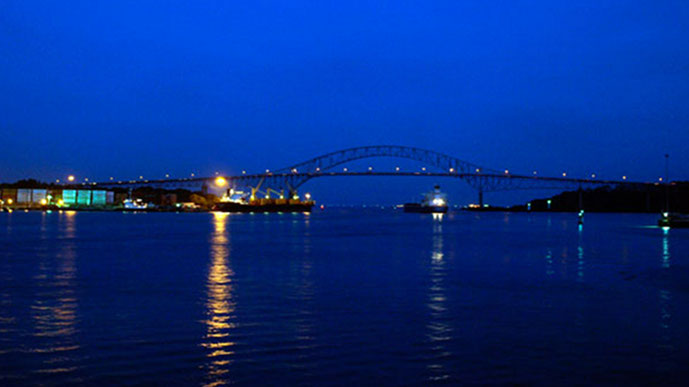 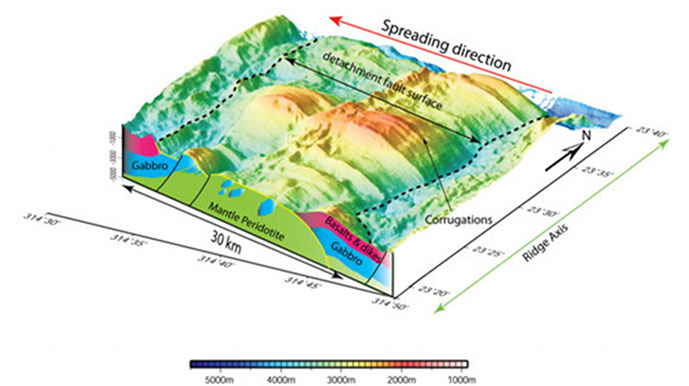 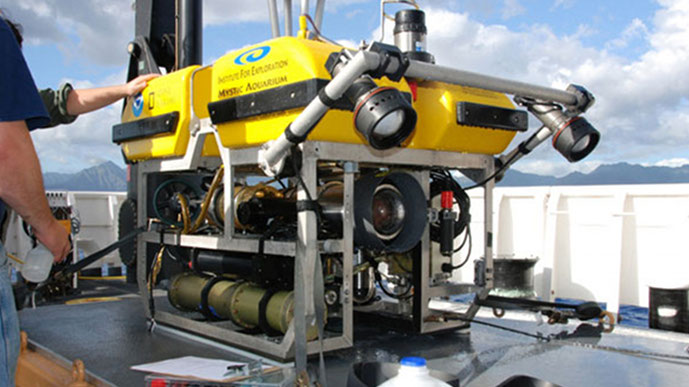 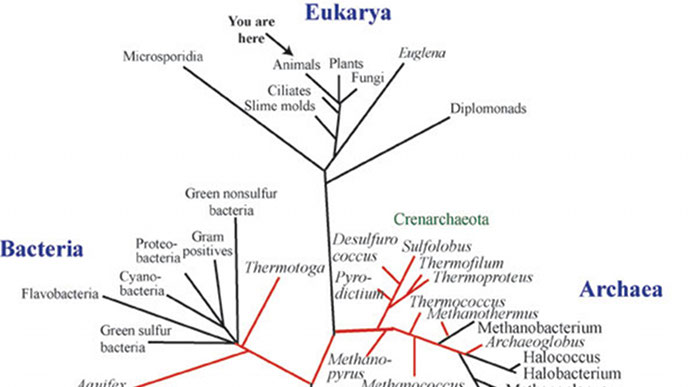 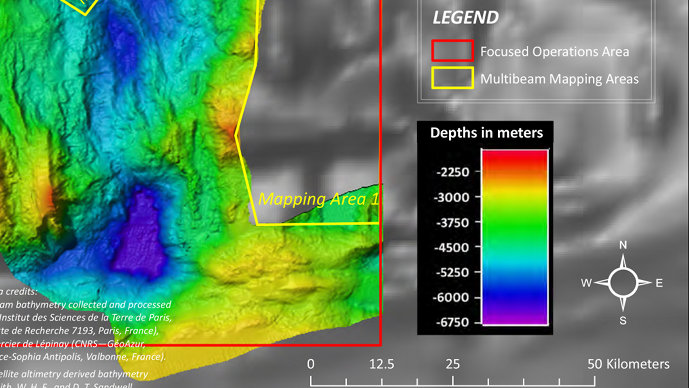