The partnership between NOAA’s Office of Ocean Exploration and Research and the Institute for Exploration has been an evolving one, tracing its roots back to 2000.

In 2000, President Bill Clinton empowered the President’s Panel on Ocean Exploration to develop a national strategy for ocean exploration. NOAA responded to the findings and challenge of the Panel and established the NOAA Ocean Exploration (OE) program in 2001.

The technological development efforts conducted through the Institute for Exploration (IFE) were directly in line with the mission of the OE program, and a formal partnership formed in 2004.

In 2007, OE and the National Undersea Research Program merged into the Office of Ocean Exploration and Research and the partnership with IFE continued to grow. This partnership established a Systematic Program in Ocean Exploration to focus on the development and application of telepresence technology and its associated shore-based facilities for the purpose of ocean exploration and research, as well as public outreach and education. OER established a regional office at the University of Rhode Island’s (URI) Graduate School of Oceanography (GSO) to facilitate these collaborations.

Telepresence-enabled exploration, as applied through NOAA-IFE joint projects, is the use of satellite technology and high-bandwidth Internet2 to transmit data in real-time from at-sea operations, including high-definition video from remotely operated vehicles working at depth, to a variety of receiving stations on shore. Scientists onboard and onshore are able to view and share information with onboard and other onshore participants and communicate by voice. This allows real-time collaboration from around the world.

Telepresence is also used to bring the excitement of exploration to diverse audiences, engaging them in new and meaningful ways.

In 2008, NOAA commissioned the nation’s only dedicated federal ship for ocean exploration - NOAA Ship Okeanos Explorer. At the same time, the Ocean Exploration Trust (OET) developed the Exploration Vessel (E/V) Nautilus. Both vessels are equipped with the tools, systems, and personnel to implement the telepresence-enabled exploration model of sharing data from the bottom of the ocean in real time with audiences on shore.

NOAA and IFE also developed land-based Exploration Command Centers (ECCs) in strategic locations with partners both in the United States and other parts of the world to enable ship-to-shore collaboration from both ships. Each year, new ECCs and new tools are added to allow greater participation in the expeditions. Recent improvements in high-resolution video streaming via commodity Internet and the integration of online chatting enable participation from any location with an Internet connection, providing access in ways not anticipated when the partnership began.

The newly developed state-of-the-art University of Rhode Island Inner Space Center (ISC) is a hub for these complex ship-to-shore operations. Located in the Ocean Science and Exploration Center on the University of Rhode Island Graduate School of Oceanography campus, the ISC includes a production studio for live and post-produced education and outreach efforts and a Mission Control Center for ship-to-shore connectivity to support telepresence-enabled expeditions on the Okeanos Explorer, the Nautilus, and other telepresence-enabled ships at sea.

As new technologies come on line and new lessons are learned, the partners continue refining the operating paradigm, transcending the bounds of access through telepresence, increasing the pace and scope of discovery and sharing the excitement of ocean exploration as quickly and as broadly as technology allows. Through these efforts, we hope to demonstrate the importance of exploring our largely unknown ocean – the value of which cannot be overstated. 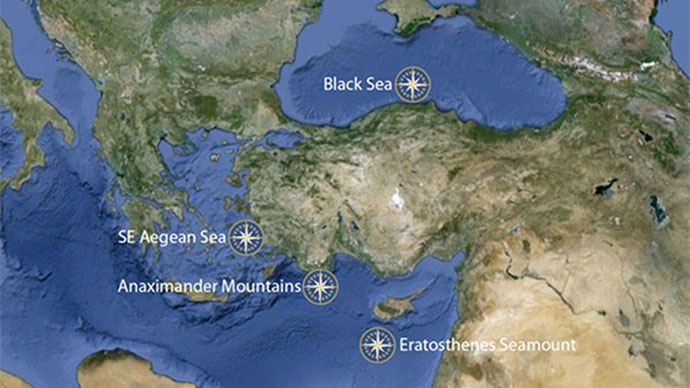 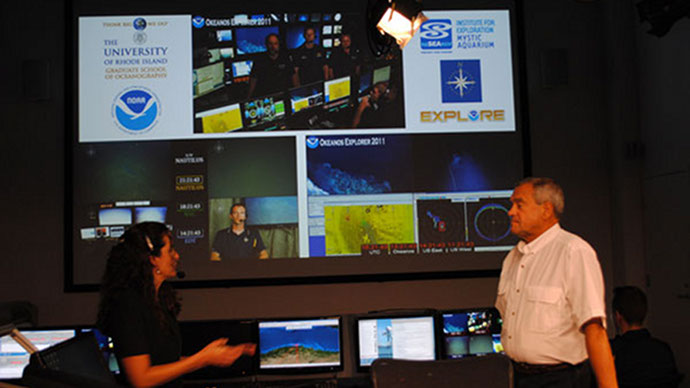