My name is Steven Allen and my two lifelong passions are understanding our planet (while enjoying and protecting it) and understanding our past. I enjoy sharing these passions with my students. I hold a master’s degree in history from Florida Atlantic University, as well as an Interdisciplinary Certificate in Environmental Studies and a Heritage Awareness Diving Certificate.

As a middle-school social studies teacher at Palm Beach Maritime Academy for the past eight years, I have sought to infuse the standard curriculum with the main ideas of ocean literacy — namely, the influence the oceans have on humans and the impact that humans have on the oceans. Combining ocean literacy with a strong belief in experiential learning, I take students into the field to experience this relationship first hand; for example, seventh- and eighth-graders trek (locally, known as slogging) into the Everglades to measure nitrate, phosphate, and pH levels as markers for pollutants. We also regularly visit our partner organization, Palm Beach Maritime Museum, at the old Coast Guard Station in the middle of the Lake Worth Inlet, to do seining and species identification.

In addition to organizing marine-science- and maritime-based field trips, I organize student civic activities centered on marine conservation. Working with local agencies, our students have planted over a thousand mangrove seedlings to help restore estuary habitats. Annually, I spearhead student participation in the International Coastal Cleanup in the Lake Worth Lagoon. In 2010, the Ocean Conservancy recognized our school for its “outstanding and dedicated service to the International Coastal Cleanup,” following our seventh consecutive year of participation.

I also help organize our participation in the Lake Worth Street Painting Festival, where students create maritime- and marine-science-themed street paintings. This year students drew attention to the problem of shark finning by creating a shark with a banner underneath stating “Stop Shark Finning.” In 2010, the school and I were recognized by the Loggerhead Marinelife Center as finalists in their Blue Awards for our ongoing commitment to the conservation and understanding of our oceans.

Students from the Palm Beach Maritime Academy draw awareness to shark finning at the 2011 Lake Worth Street Painting Festival. The United States has banned removing fins from sharks, but the practice continues in many places around the world. Image courtesy of Exploring the Submerged New World 2011 Expedition. Download larger version (jpg, 6.0 MB).

The Role of the Oceans

As a maritime academy history teacher, my understanding of the past and of the planet has taken on a decidedly “blue” color. I have increasingly immersed myself into the role of the oceans on our planet and come to understand that no history of the Americas (or the world for that matter) can be divorced from an environmental understanding of the role of the oceans. For the Americas, oceans first acted as barriers, then later as conduits for the people to merge in the New World. It is for this reason that I am extremely excited to be a NOAA Teacher at Sea participant, accompanying archaeologists, Dr. Jim Adovasio and Dr. Andy Hemmings, both of Mercyhurst College, on the ocean explorer mission, Exploring the Submerged New World 2011. This mission is the third in a series in the Gulf of Mexico in which researchers seek to uncover artifacts from some of the earliest inhabitants of the Americas that now lie underwater.

During the Late Pleistocene, Florida's shoreline extended much farther offshore than does the present coast. The Florida Middle Grounds were part of the exposed coastal margin. Image courtesy of Exploring the Submerged New World 2011 Expedition, NOAA-OER. Download image (jpg, 34 KB).

The logic for this mission follows from the fact that during the last Ice Age, climate change caused ocean levels to significantly decrease. The exposed land of Florida’s peninsula was much greater than it is today, especially on the western Gulf of Mexico side where Florida’s continental shelf has a gradual slope. For food supplies, early inhabitants were prone to coastal habitation. Indeed, circumstantial evidence has been uncovered by local fishermen and dredging activities that suggest to scientists that artifacts exist in this late Pleistocene, but now submerged, landscape. Exploring the Submerged New World 2011 will investigate an underwater landscape that has not been touched by human activities for thousands of years. This is incredibly exciting.

From Pleistocene Coast to Classroom

Finding these underwater artifacts, however, has been likened to “finding a needle in a haystack.” Previous missions in 2008 and 2009 identified likely spots for the "haystacks" in this vast underwater landscape by mapping the intersection of the Ice Age coastline and ancient drowned river beds flowing from Florida, in an area known as the Florida Middle Grounds. In 2011, mission scientists hope to uncover the “needles” at these identified zones. New technology such as remotely operated vehicles (ROVs) and side-scan sonar, have made it possible to map a significant amount of the underwater landscape. As a NOAA Teacher at Sea, I will be able to bring these real-world applications for ROVs back to my classroom, where I have worked for the past two years developing an ROV curriculum and working with student groups in constructing ROVs for competition.

As I tell my students, the age of discovery is not over. In the future, new technology will allow even more access to previously unexplored sites in the oceans. Exciting new discoveries are inevitable. It is not a matter of if, but simply when new discoveries will be uncovered from the world’s oceans. With the proper education and training today’s students can be the ones to tell a fuller story of the past. This exploration cruise affords me the opportunity to give students insights into the variety of marine- and maritime-related fields that are associated with underwater archaeological exploration.

New discoveries will ultimately lead to greater understanding and possibly new interpretations of the past. One of the greatest benefits students will get is a deeper understanding of how scientists piece together the past. Previous archaeological discoveries by Dr. Adovasio at the Meadowcroft Rockshelter in Pennsylvania, along with archaeological data from other sites, such as Monte Verde in Chile, have seriously challenged the “Clovis First” interpretation and led to a reinterpretation of the arrival of the First Americans. In a similar manner, any discoveries in the Gulf of Mexico will undoubtedly expand our understanding of the First Americans.

Bringing Scientific Process to the Classroom

To me, it is critical to bring this scientific process into the classroom. Too often students see the past as a set of fixed facts in textbooks. Instead, students need to understand the scientific process by which historians and archaeologists construct their pictures of the past based upon the available data and evidence. Our understanding of the past, especially the remote pre-historical past, is at best an incomplete picture. When new data presents itself it must fit into the existing interpretations, or those interpretations themselves must be altered. In this manner, students will understand that reconstructing the past works along the lines of the scientific method found in other disciplines. 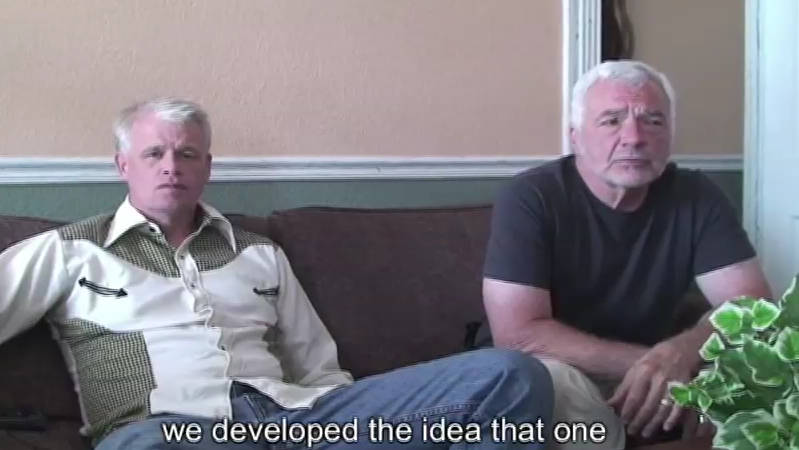 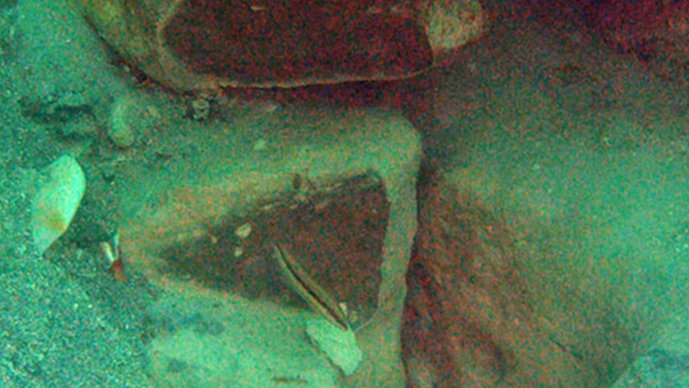