We're finally off on our multibeam survey of the northern San Andreas. After a flurry of activity with mobilization, measuring the boat in, patch tests and so on, we're now surveying and getting into our routine. Over time, we've slowly but surely increased our speed as we gain confidence in our surroundings. The data looks good; we passed over the fault on our first two lines during the first day, and could see a lot of recent deformation. 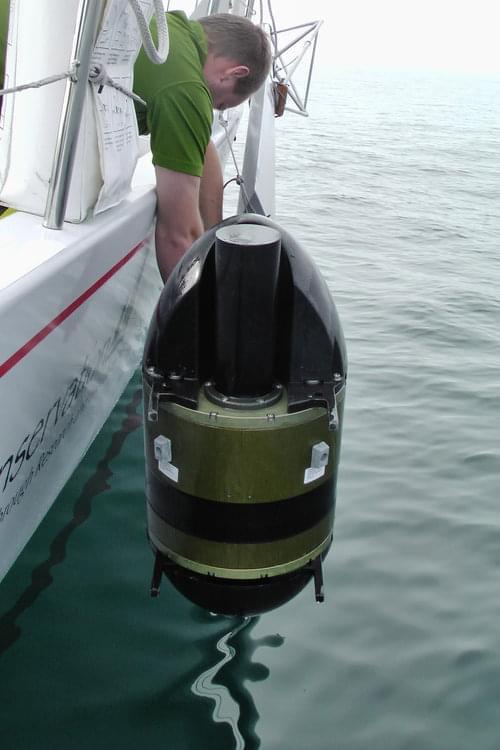 By day two of the survey, we had already mapped a large enough section of the fault to start work with the AUV next week, with spectacular strike slip fault features, and a lot of biologic activity around the fault as well.

Now, on day four of mapping, things are still going well. The weather window continues to hold; it's the second day of flat calm, with a swell of one to two feet. We're now mapping our third 15-kilometer long chunk of the fault. The fault is about where we expected, though just now we're finding it to trend a little further west than we originally anticipated. One important issue is what happens to the fault as it reaches the Mendocino triple junction; there is no agreement about whether it's really there or not. We hope to resolve this issue shortly. 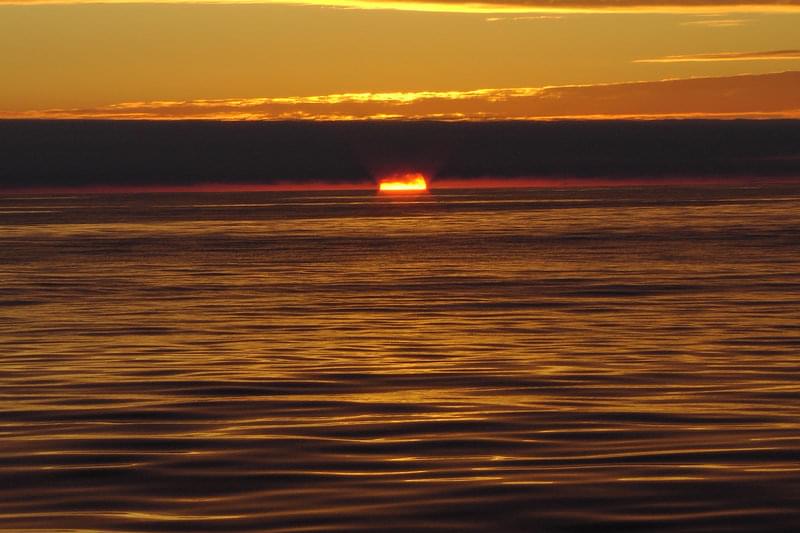 We had a spectacular warm afternoon and sunset after a day of mapping. Image courtesy of San Andreas Fault 2010 Expedition, NOAA-OER. Download image (jpg, 127 KB).

Overall, we are consuming and average of only two gallons of diesel per hour, an amazingly efficient rate. That includes two days of motorsailing, and two days of flat calm powering. A typical power research vessel of this capability would be burning an average of 18-30 gallons per hour.

We're seeing very dense fish schools, so dense at times that the multibeam sonar is mapping them as "topography" these are mostly congregated along the fault. Not much in the way of marine mammals so far. Otherwise, it's a pretty lonely patch of ocean; we're only seen one other vessel since leaving Saturday.