Some ocean creatures are a challenge to study because they live in places that are difficult to get to or because they have complex life cycles. And to study unique creatures, sometimes scientists need to use unique tools. 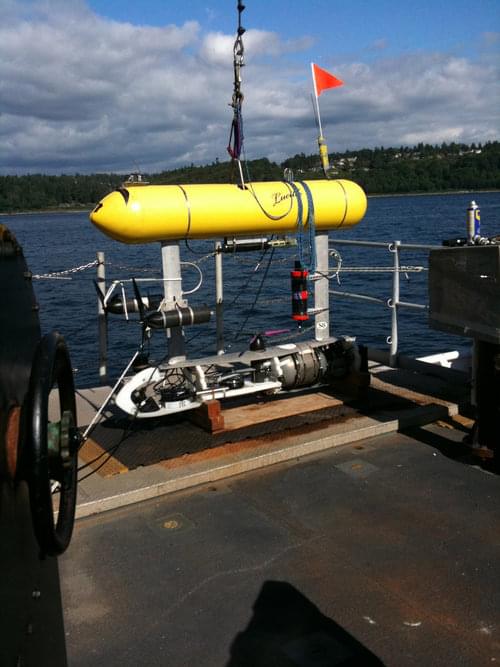 AUV Lucille on deck. With negative buoyancy in the lower hull, and positive buoyancy in the upper hull, Lucille is able to remain stable in the unpredictable pitch and roll of the ocean while it follows the terrain of the bottom. Image courtesy of San Andreas Fault 2010 Expedition, NOAA-OER. Download image (jpg, 107 KB).

What is an AUV?

Autonomous underwater vehicles (AUVs) are unmanned, untethered vehicles used to conduct underwater research. As opposed to remotely operated vehicles (ROVs), which are tethered to a service vessel by an umbilical, AUVs are independent. Via a micromodem, AUVs receive commands from an operator-controlled computer as to where, when, and what they sample. AUVs carry a variety of equipment for sampling and surveying such as cameras, sonar, and depth sensors. They can range in size from only a few hundred pounds up to several thousand pounds.

Using an AUV to Survey Habitat and Fish

For many years, scientists relied on bottom trawls and sonar to collect data. In 2005, NOAA scientists from the National Marine Fisheries Service (NMFS) collaborated with Dr. Hanumant Singh and the Applied Ocean Physics and Engineering Department at the Woods Hole Oceanographic Institute (WHOI) to make his SeaBED AUV useful for surveying fish and their habitat in rugged areas.

The SeaBED AUV is unique because it “flies” a few meters above the sea floor, instead of remaining in the water column like many other AUVs. The SeaBED AUV takes photographs every few seconds, providing a photographic record of fish and their habitat and allowing scientists to gather more information in rocky areas than ever before. 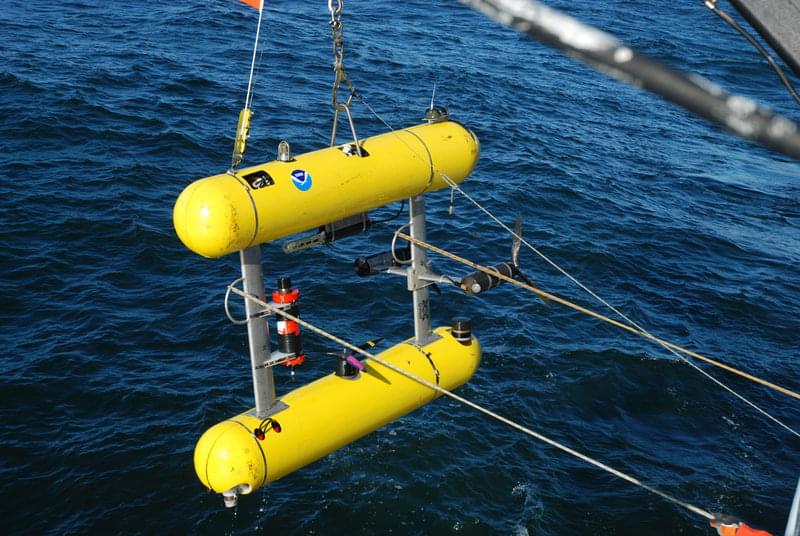 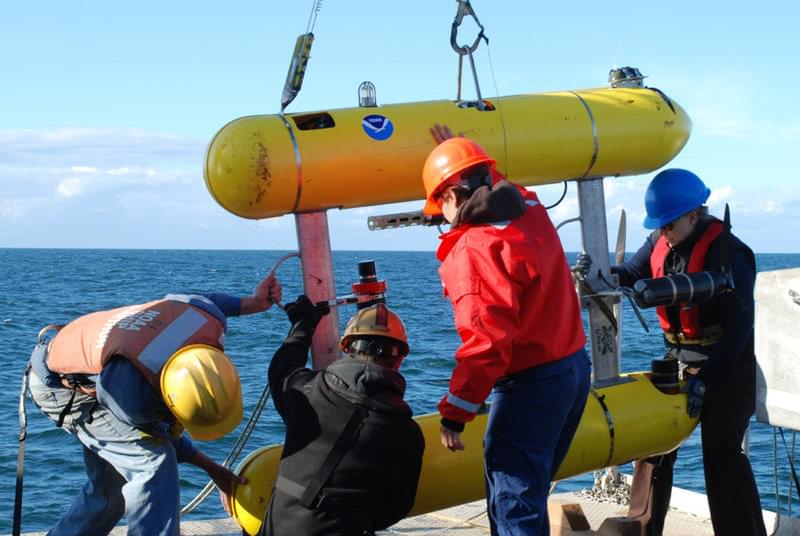 The SeaBED AUV used during the 2010 Deep-Sea Coral Expedition, named Lucille, can dive 2,000 meters deep and work underwater for up to 6 hours while sending information back to scientists onboard the NOAA Ship MacArthur II. Data are relayed to the ship via an acoustic micromodem. In a single dive, Lucille can cover a 5 to 10 kilometer transect.

Lucille consists of two hulls connected by aluminum spars. With negative buoyancy in the lower hull, and positive buoyancy in the upper hull, Lucille is stable in the ocean’s pitch and roll. Three carbon fiber propellers, originally designed for use in model airplanes, provide the thrust needed to propel Lucille down to the sea floor.

Some of the thousands of pictures taken by Lucille during the 2010 Deep-Sea Coral Expedition can be blended into larger photomosaics to provide a more complete perspective of the ocean floor than currently available. The invaluable information gathered by Lucille will allow researchers to explore the relationship between fish, invertebrates, and their habitats.