What Is High Seas Governance?

The high seas are defined by international law as all parts of the ocean that aren't included in the exclusive economic zone, the territorial sea, or the internal waters of a country, or in the archipelagic waters of an archipelagic country. This essentially means that the high seas and associated resources are not directly owned or regulated by any country. But if this is the case, how are these regions governed? 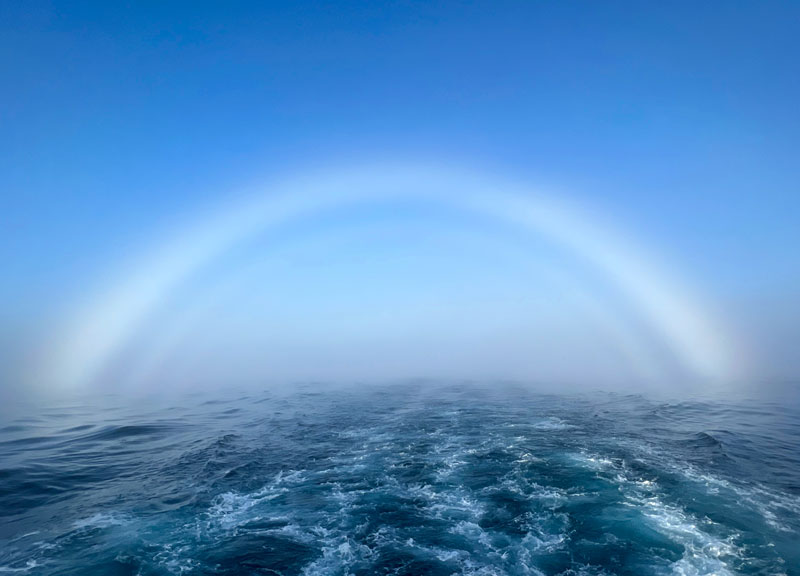 The ocean covers about two thirds of the surface of our planet and houses 50-80% of all life on Earth. Most of us are more familiar with inshore ecosystems, like tidepools, mangroves, and kelp forests, but did you know that 64% of the ocean is considered the “high seas”? The high seas are some of the most biologically productive in the world – teeming with plankton and home to ocean giants like predatory fish, whales, and sharks. The seabed sequesters tremendous amounts of carbon and the ocean volume traps heat, slowing the effects of climate change on land and in the atmosphere dramatically. 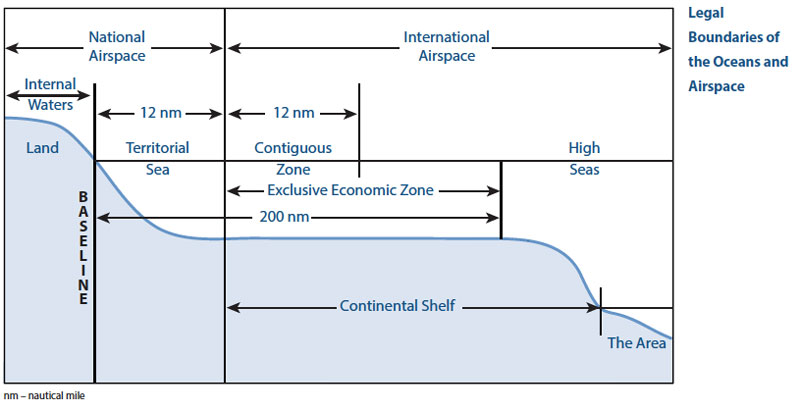 Coastal countries generally control the 200 nautical miles of ocean – that is, the water column and seafloor – extending out from their coasts. These 200 nautical miles are known as a country’s “exclusive economic zone (EEZ),” where the exploration and use of marine resources is a sovereign right. The high seas refers to the ocean water column that lies beyond the boundaries of any one country, also known as areas beyond national jurisdiction (ABNJ).

The seafloor beyond the limits of the coastal continental shelf is what is termed “the Area” by the 1982 United Nations Convention on the Law of the Sea (UNCLOS). The International Seabed Authority (ISA) is mandated to regulate the exploration for, and exploitation of, seabed mineral resources in the Area for the benefit of humankind. 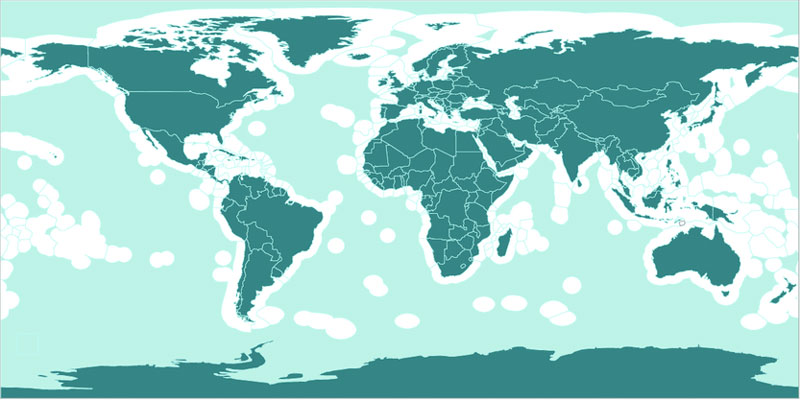 On this map, exclusive economic zones are shown in white and high seas, or areas beyond national jurisdiction, are shown in light green. Image courtesy of Sumaila et al. In prep./ Global Ocean Commission/ The High Seas and Us: Understanding the Value of High-Seas Ecosystems. Download image (jpg, 228 KB).

The ISA has the power to allocate certain parts of the Area to countries for exploration and mining. However, many other activities (like fishing and shipping) also occur on the high seas, and a number of regional and sectoral organizations with different responsibilities contribute to its governance, which has been characterized as fragmented.

Since 2017, an Inter-Governmental Conference established by the United Nations General Assembly has been negotiating an agreement under UNCLOS that would allow for more effective management and protection of the high seas. This internationally legally binding instrument is often referred to as the Biodiversity in Areas Beyond National Jurisdiction treaty, or “BBNJ treaty.”

Although the final form of the BBNJ treaty has still to be agreed upon, it seems likely at this point that the treaty will have a Conference of the Parties (COP) that will have some level of centralized decision-making power over aspects of the conservation and sustainable use of biodiversity in ABNJ. Additionally, existing sectoral and regional organizations that already have regulatory competence (or authority) in ABNJ will likely retain that competence, but might be given wider responsibilities. The exact balance between the COP and the regional and sectoral organizations has still to be agreed upon.