NOAA Channel Islands National Marine Sanctuary (CINMS) encompasses the entire area surrounding the Northern Channel Islands that would have been exposed as land during the last glacial period and lowstand in sea level. This time period is of particular interest because it likely coincides with the arrival of the first people to this region.

CINMS is assisting with our project as the data we will collect are valuable to researchers and resource managers in order to better understand the archaeological, biological, and geological resources that were submerged as a result of post-glacial sea level rise. This project supports Sanctuary goals by providing seabed data and robust knowledge on the physical, chemical, geological, and biological parameters of the ocean environment.

Identification of cultural and biological resources along submerged landscapes is an important management issue that affects local, state, and federal agencies who need to identify, document, and manage sensitive resources on landscapes under their purview. The data from this project will contribute to agency efforts to understand the distribution of sensitive areas on the continental shelf and provide tools to identify, manage, and protect those regions with the potential to yield discoveries that will impact local and global knowledge on human migrations, cultural heritage, and impacts of climatic fluctuation on ecology and landscape formation.

The southern California region has a high density of subaerial (above sea level) cultural sites associated with terminal Pleistocene and early Holocene human occupation (15,000-8,000 years ago). During these same time periods, post-glacial sea level rise submerged thousands of square kilometers of coastal land, shifting shorelines inland and reducing the subaerial landscape of offshore islands. These facts suggest that archaeological deposits are likely located on these submerged landscapes of the Pacific Coast and present the opportunity to contribute to answering one of the most significant archaeological questions of our time: how and when humans entered the Americas.

However, before we can address this question, we need to understand what the paleolandscape and paleoenvironment was like when humans first entered this region. Recent research on the submerged paleolandscape of Southern California suggests that features such as paleochannels, paleoestuaries, and offshore tar seeps – all features used by Native American communities during the terminal Pleistocene and Holocene along the Pacific Coast – can be identified and used to model sensitive archaeological and biological landscapes. These features can provide data to enhance understanding of the local paleoecology and paleolandscape evolution, a crucial first step in our ability to eventually identify, document, and preserve underwater cultural heritage resources and maritime cultural landscapes. 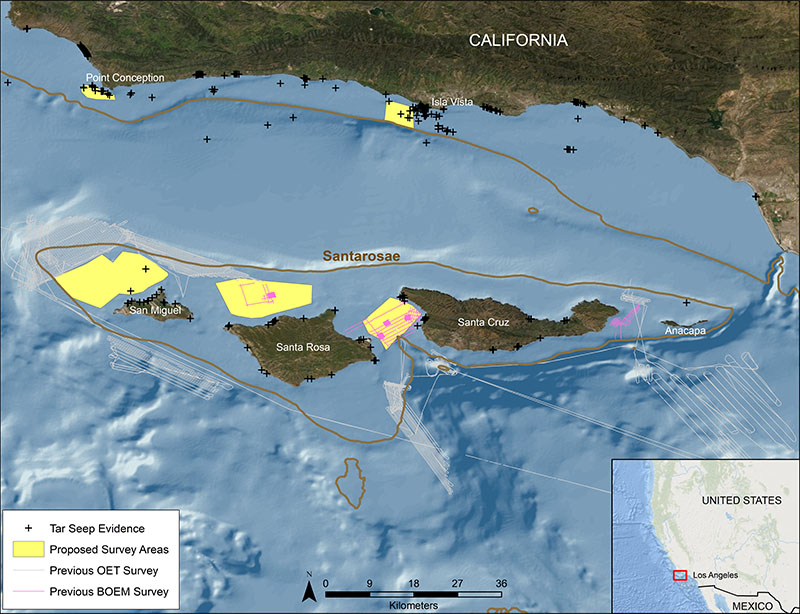 Our team of archaeologists, paleontologists, marine geologists, and geophysicists are building on previous research by mapping, studying, and sampling late Pleistocene landforms and environmental features from the submerged landscapes of the Southern California Bight.

The expedition team will conduct geophysical surveys that will include chirp subbottom and controlled source electromagnetic technology (CSEM). The CSEM is not commonly used in underwater archaeological surveys; however, CSEM measures the apparent resistivity of submerged features independent of those detected by acoustic methods and provides a separate data set to consider for mapping of specific features and more targeted sampling.

The acoustic and CSEM data can be used to consider a range of studies including tectonic activity, sea-level rise, habitat and biodiversity shifts, marine sedimentation rates, and landscape changes such as paleochannel and watershed evolution. Understanding shifts in paleolandscapes and paleoecology over time is critical for understanding how humans interacted with these ecosystems and for identifying regions sensitive for cultural evidence of habitation and habitat use. Signatures in the geophysical data consistent with tar seeps and possible terrestrial deposits will be the focus of a 2022 research cruise in which the project team will use a SubAtlantic Mohawk 18 remotely operated vehicle to selectively image and sample targets.

This project on the submerged landscapes in the Southern California Bight is on the traditional territory of the Chumash Tribe. An important aspect of this project is inclusion of the tribe as well as two members of the Santa Ynez Band of Chumash Indians, who have joined the team as interns. 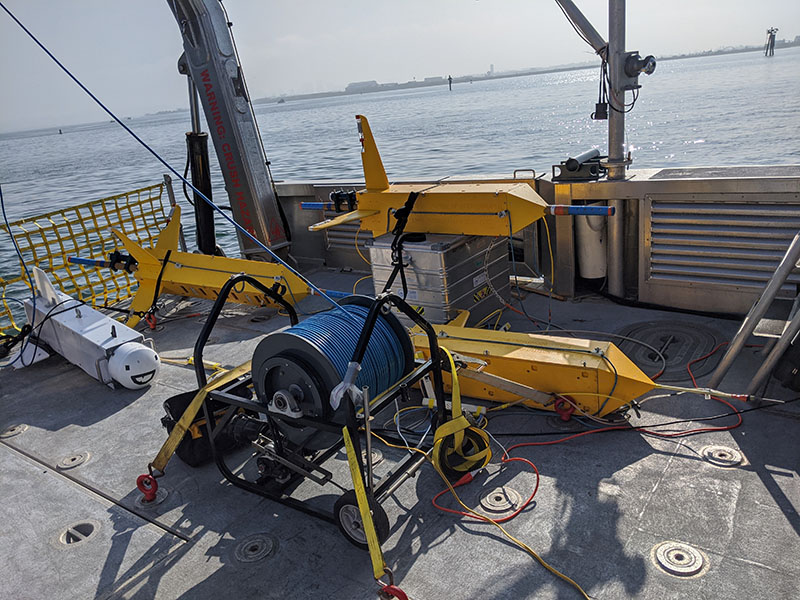 Figure 2. The controlled source electromagnetic technology (CSEM) system that will be used during the Paleolandscapes, Paleoecology, and Cultural Heritage on the Southern California Continental Shelf expedition ready to be deployed. This is a modified version called CUESI (Compact Undersea Electromagnetic Source Instrument). This system is deep towed rather than surface towed, which is typical for CSEM instrumentation. Both system types will be used on this project. CUESI was designed and developed by a team at the Scripps EM Laboratory that includes expedition team members Steven Constable and Roslynn King. CUESI development was partially funded by the National Center for Preservation Technology and Training. Image courtesy of Roslynn King. Download largest version (jpg, 7.2 MB). 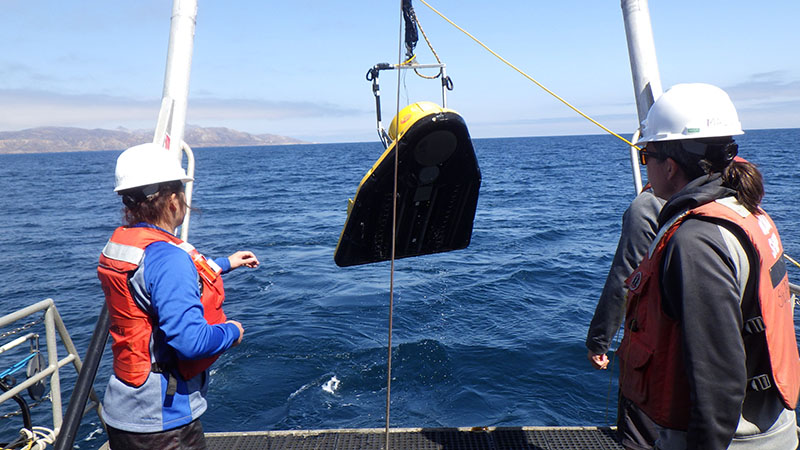 Figure 3. Paleolandscapes, Paleoecology, and Cultural Heritage on the Southern California Continental Shelf expedition team members Jillian Maloney and Shannon Klotsko on a previous expedition retrieving a chirp sub-bottom profiler. Some of the data from this previous expedition, funded by the Bureau of Ocean Energy Management, were used to target areas of interest for the current survey on the submerged landscape of Santarosae. Image courtesy of Amy Gusick (BOEM/SDSU Cooperative Agreement M15AC00012). Download largest version (jpg, 4.6 MB). 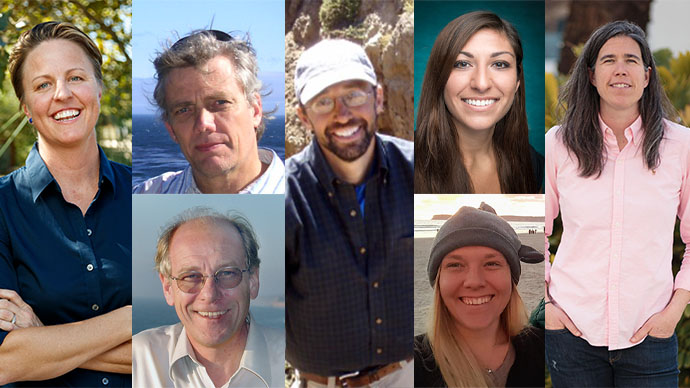