Benthic Communities and Their Biopharmaceutical Potential Across Mineral-Rich Marine Biomes

Why Are Biodiversity Surveys Important?

Recent studies have revealed a staggering statistic in global biodiversity: approximately 1 million plant and animal species are threatened with extinction. Since 1900, the average abundance of most land-based habitats has fallen by nearly 20%1. Human influences have not been limited to terrestrial regions: overfishing, habitat loss, and environmental change can pose threats to marine biodiversity as well. Although we know global biodiversity is decreasing, we don’t have enough data to fully understand how marine ecosystems are being affected.

These data are especially critical because the first step in protecting and managing biodiversity is understanding what species exist by documenting these species and their environments through biodiversity surveys. The ocean covers more than 70% of the planet’s surface, yet according to NOAA, more than 80% of it remains unmapped and unexplored. Scientists estimate that right now, 91% of marine species have yet to be classified.

One commonly used tool to perform biodiversity studies are remotely operated vehicles (ROVs), which allow exploration of the ocean without human presence in the water. ROVs can be equipped with a camera, sensors to measure temperature and oxygen, and an arm to collect samples. Using these tools, we can identify new species and improve our understanding of their unique roles in the ecosystem. With this information, we can monitor populations and track how species respond to disturbances in their environments. Ultimately, these surveys can help maintain ecosystem equilibrium by informing successful management policies.

A large Macrocystic kelp fall was observed on the Patton Escarpment being grazed upon by fragile pink urchins (Strongylocentrotus fragilis) at 728 meters (~2,388 feet). Many other invertebrate species and some fishes were observed to live in and around the kelp fall. Sea cucumbers (Pannychia sp.) and sea pens were more characteristic of the surrounding soft bottom community. Image courtesy of Ocean Exploration Trust - Cruise NA124. Download larger version (jpg, 5.4 MB).

Although less than 10% of our ocean species have been identified, ocean exploration has already led to several important contributions. This work has uncovered species with anti-cancer and anti-viral properties that have led to life-saving medications. For example, azidothymidine, the antiretroviral drug used to prevent and treat HIV/AIDS, is synthesized from the sea sponge Tectitethya crypta. Advancements such as this one highlight the vast potential of the world ocean and the need to better understand it.

Biodiversity surveys are a powerful tool in pushing the frontiers of our knowledge into these unknown regions. Our oceans have the potential to provide innumerable benefits to humans, including life-saving medicines. With current trends in global biodiversity, it is increasingly important to collect this valuable data for conservation and management of the global ocean. 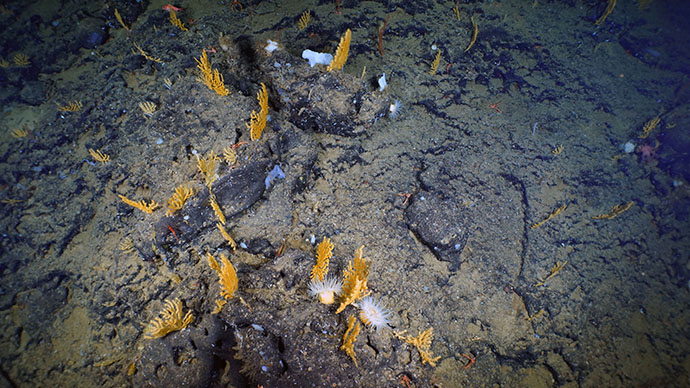 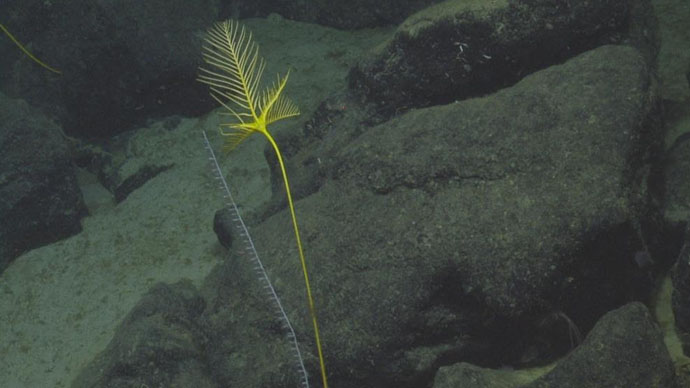