Coral Ecosystem Connectivity 2014: From Pulley Ridge to the Florida Keys

We had a very successful 2014 field season. Our team of 20 scientists and divers working on two ships, the R/V F.G. Walton Smith and the M/V Spree, were able to accomplish all our planned objectives. Most importantly, this field season has gotten us one step closer to reaching our ultimate goal – defining what role the reefs of Pulley Ridge may play in replenishment of key fish species, corals, and other organisms in the downstream reefs of the Dry Tortugas and Florida Keys and in providing resource managers with information to enable development of more effective strategies for mesophotic reefs. 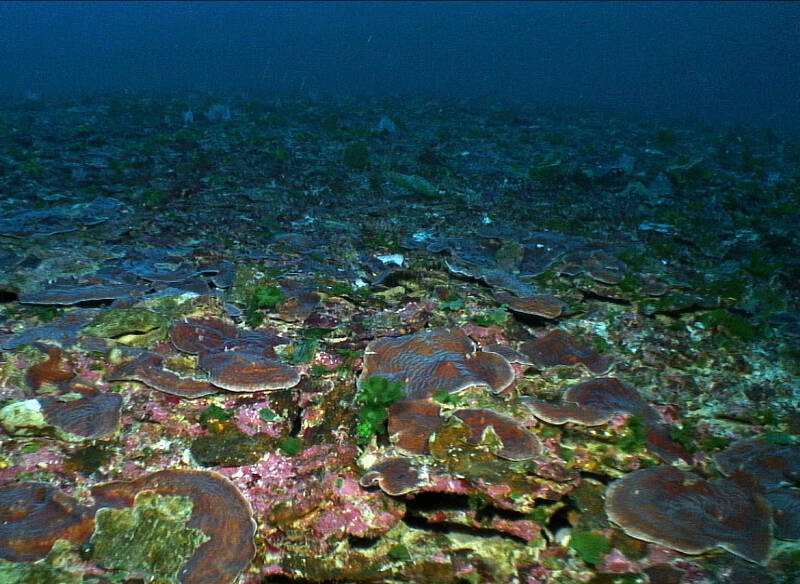 A major finding of the 2014 cruise was the discovery of large patches (up to 60 meters across) of nearly continuous plate coral (Agaricia spp.) near the main Pulley Ridge. Image courtesy of Coral Ecosystem Connectivity 2014 Expedition. Download larger version (jpg, 949 KB).

The cruise’s major discovery was an area on Pulley Ridge with a large amount of plate coral (Agaricia spp.). We found large numbers of young corals (10 cm or less in size), as well as several large patches of nearly continuous Agaricia of up to 60 meters across. This is the most coral we have seen in the past five years’ worth of cruises to Pulley Ridge and a very exciting find for us.

In the Tortugas, we also found some healthy patch reef sites dominated by Montastraea cavernosa, the great star coral, and a number of soft coral species and sponges. 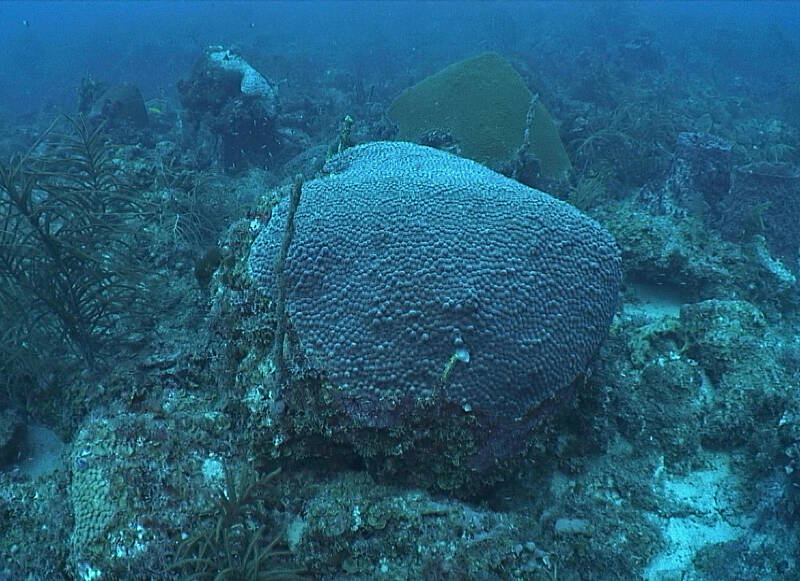 On the Walton Smith, we: 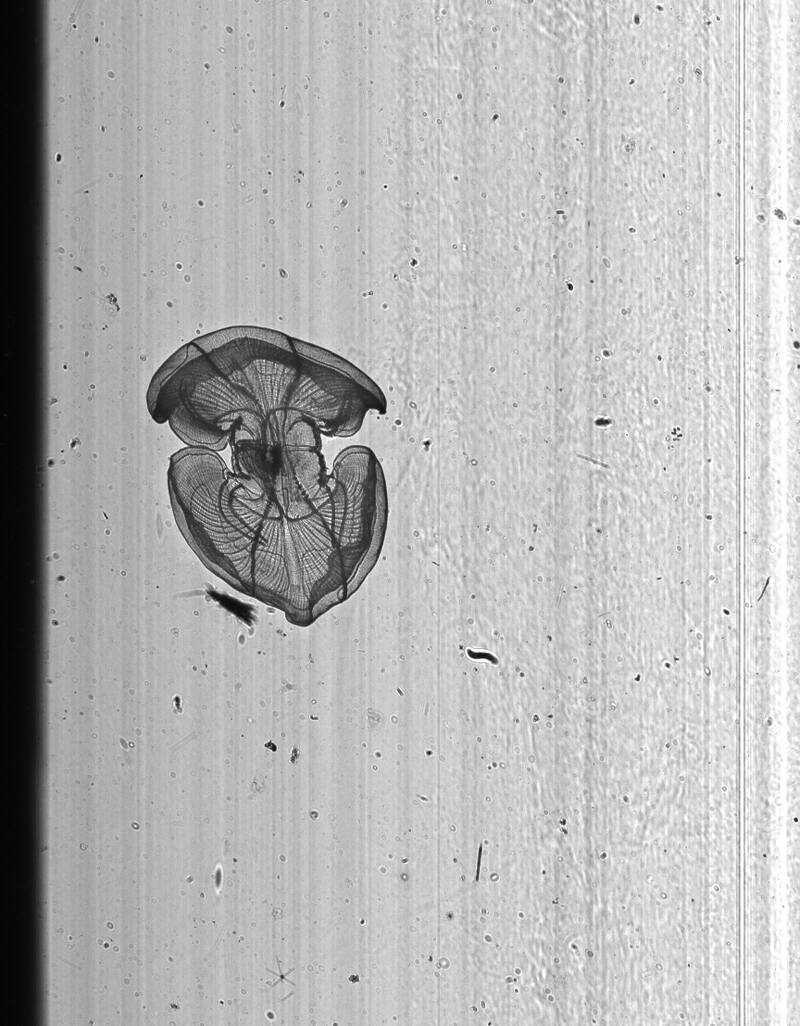 Images, such as this ctenophore, only 1 cm across, were collected by towing the In-situ Ichthyoplankton Imaging System (ISIIS) behind the R/V Walton Smith at night, will be analyzed to determine the composition of plankton at Pulley Ridge and the Tortugas. Image courtesy of Cedric Guigand, University of Miami, Rosenstiel School of Marine and Atmospheric Science. Download larger version (jpg, 872 KB).

Additionally, we took measurements at each Physical Oceanography mooring to better characterize the physical environment of this system. These included three CTD (Conductivity, Temperature, and Depth) casts and three drifter deployments. These data will be analyzed by the Physical Oceanography group and contribute to models being developed on the oceanographic connectivity between Pulley Ridge and the Florida Keys. Lastly, the Population Dynamics group conducted seven drop-camera deployments to provide additional information on the fish communities found at ROV dive sites and four seepage meter deployments to conduct a preliminary evaluation of whether there is significant ground water seepage at these sites.

On the Spree, we collected 350 specimens of targeted coral, fish, sponge, and algal species during the 10 day cruise. The Population Genetics group will use molecular tools to identify relationships among populations at these sites and other reefs in the Gulf of Mexico and the Florida Keys.

Our three field seasons have added a considerable amount of new information to what was previously known, so we all have a lot of analyses to do during the coming year before we return to these sites again in 2015!