The USGS in cooperation with other government agencies and academic partners have been studying the continental margin along the U.S. east coast using an extensive set of seafloor maps in order to better understand the role of submarine landslides and their role in tsunami generation and how the development and evolution of submarine canyon systems control the shape of the margin.
A recent assessment of tsunami hazard along the U.S. east coast, carried out by the U.S. Geological Survey (USGS) and funded by the U.S. Nuclear Regulatory Commission, has identified submarine landslides along the submerged continental margin as the primary potential source of dangerous tsunamis to this coast. The seriousness of this hazard was demonstrated by the 1929 Grand Banks submarine landslide, which produced a tsunami 3 to 8 m high that killed 28 people along the sparsely populated Newfoundland coast. Most submarine landslides on the continental margin occur on the continental slope and upper rise (Figure 1), but a limited amount of detailed seafloor mapping along shallower parts the US east coast has limited efforts to produce a quantitative assessment of tsunami hazard.

Prior to the late 1970’s, seafloor depths were measured using single-beam echosounders. These single-beam systems measure the water depth directly beneath the research vessel. The hull-mounted transceiver transmits a high-frequency acoustic pulse in a beam directly downward into the water column. Acoustic energy is reflected off the seafloor beneath the vessel and received at the transducer (underwater speaker). Seafloor depth is determined by the time it takes for the pulse to leave and return to the transducer (corrected for the speed at which sound travels through water – 1500 m/s).
The primary tools currently used to map the seafloor are multibeam sonars (short for SOund NAvigation and Ranging). A multibeam sonar system sends out an array of sound pulses (a ‘ping’) in a fan shape with the sound bouncing off the seafloor at different angles (Figure 2). Because the sound bounces back at different angles, it is received by the ship at slightly different times, allowing seafloor depths to be determined from underneath the ship and from either side as well. This is sometimes referred to as swath bathymetry as it produces a swath of depth information along the path of the ship. Unlike single-beam echosounders which provide only a single depth reading per pulse, the multibeam sonar system (Kongsberg Simrad EM 1002) on the Nancy Foster provides as many as 111 soundings per ping. All of the soundings collected during a survey are merged together to produce a bathymetric (seafloor elevation) map.

Multibeam sonar systems like the one on the Nancy Foster not only provide information about the depth of the seafloor, they can also be used to learn about the composition of the seafloor, for example, if it is rock, mud, or sand. The intensity (or strength) of the sound that reflects off the seafloor is different for each type of material; sound reflects more intensely off harder material such as rock, while some of the sound is absorbed by softer materials such as sand and mud. Just as with the seafloor depth information, these intensity measurements can be merged together to produce a map of seafloor characteristics.

Submarine landslides and canyons are ubiquitous features along the continental margin adjacent to the U.S. Atlantic coast (Figure 1). Based on their characteristics (mostly determined from multibeam bathymetry maps), some of these submarine landslides would have the potential to cause a tsunami locally along the east coast of the United States. Seafloor mapping and other geological and geophysical investigations show that the largest submarine landslides are concentrated along the New England and Long Island sections of the margin, outward of major ancient rivers along the mid-Atlantic margin, and in the salt dome province off South Carolina.

Whether or not a submarine landslide will generate a tsunami and its resulting size are functions of the depth of the landslide, the amount of material that moves downslope (the landslide volume), the initial acceleration of the material and the speed which it moves downslope, and the characteristics of the material (its strength, composition, etc.). While seafloor maps can directly provide information about the depth and size of a landslide, they are invaluable in pinpointing locations where additional studies can yield information about the properties of the seafloor within and around the landslides and the age of the landslides along the margin.

Submarine canyons are the primary transport pathways for terrigenous sediment that reaches the abyssal seafloor. Yet, our understanding of canyon formation is limited due to an absence of focused exploration at canyon heads. We aim to explore two fundamental questions: how do submarine canyons form and what can their fine-scale morphology tell us about sediment transport from the shelf to the abyssal sea. Submarine canyons along the Virginia-Delaware continental margin represent some of the most intriguing geomorphic features of the entire US Atlantic margin. Here, numerous canyons create seafloor relief of several hundred meters and form complex channel networks resembling onshore river systems. Several canyons (e.g. Norfolk, Washington, Accomac and Baltimore) extend landward from the shelf break for tens of kilometers and appear to capture along-shelf current driven transport of sediment (Figure 3). [does not seem relevant or needs more detail] As such, the canyons are recognized as having strong influence on modern-day and ancient geological, biological and oceanographic processes. New swath sonar data will allow us to apply quantitative tools to study linkages between seafloor morphology, sedimentary dynamics, oceanographic currents, and sea life. 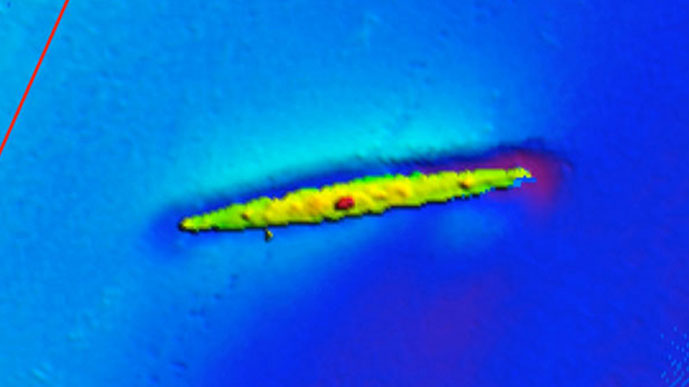 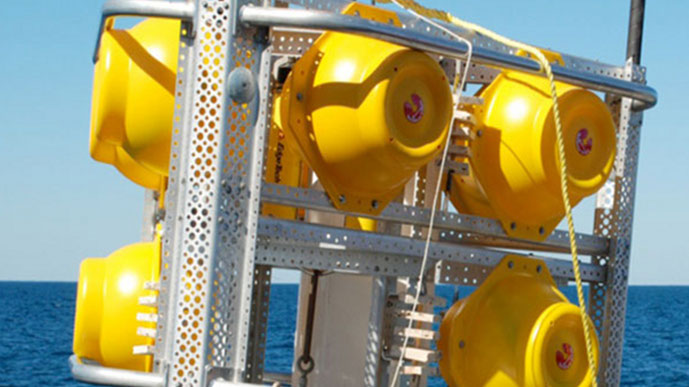