One of the things that I think is really interesting about this project is how we are using new technology to look for pieces of history. 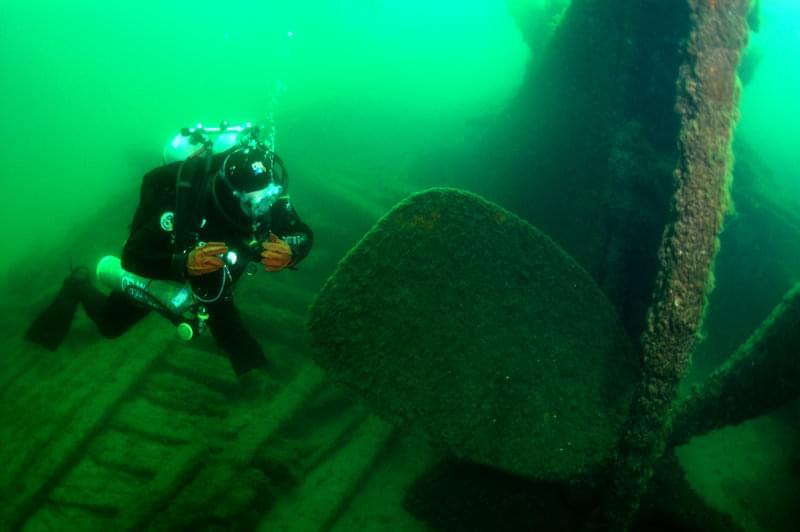 Many of the wrecks in Thunder Bay went down between 1870 and 1890. In part this was due to the quantity of ships that were on the water, which was peaking around that time period. Ships were transporting people and materials — frequently lumber — between Alpena and other destinations around the Great Lakes. 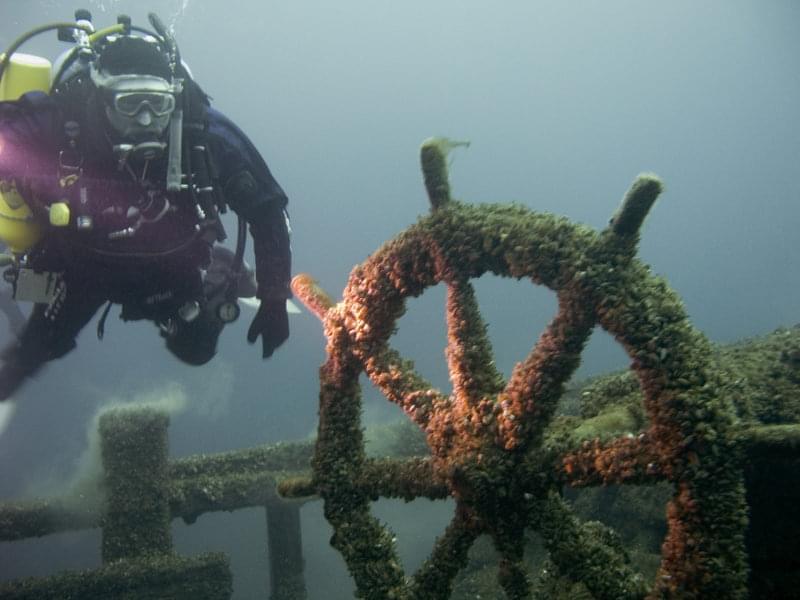 Around the 1920s ship traffic started to drop off at the same time navigational aides (such as navigation charts and lighthouses) had improved. This made shipping on the Great Lakes safer and led to fewer shipwrecks.

Often people started out looking for ships out of necessity: either as a safety precaution or in an effort to salvage parts or machinery. Finding wrecks relied on eye-witness accounts, and if they were looking for something in particular or needed to clear the channel, two ships would often drag chains between them, essentially to scrape the bottom. 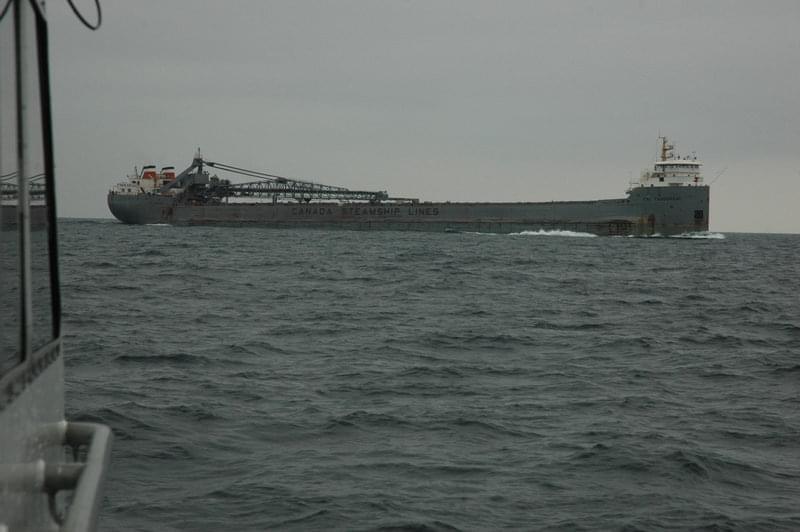 The interest in shipwreck “hunting” as a hobby seems to have increased during the late 1960s, when scuba technology became more accessible. As technology progressed to early sonar systems, the interest increased.

Today, there is still a viable shipping industry in Thunder Bay. Ships still transport limestone for cement and grains, just as they have since the 1900s. However shipwreck hunting has become an even bigger hobby. Many of the dive operators in the area offer tours that will take scuba divers out to wrecks that have been documented and identified with mooring buoys by the sanctuary.

Through the use of new technology — like the ATLAS and side scan sonar — maritime archeologists can employ a more systematic approach to documenting the wrecks that are nearby.