One question that science teams often get asked is: what do you do when you are in the field? 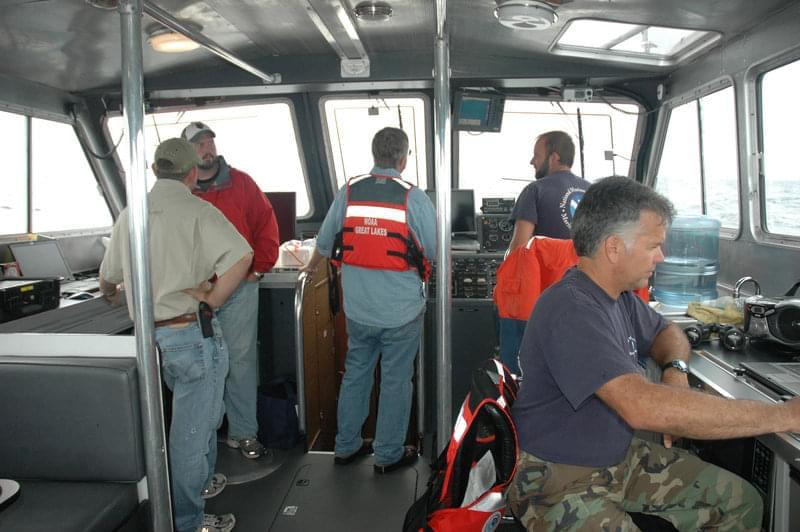 Each project is different, but for the Thunder Bay project we are operating daily from land — Alpena, Michigan, to be exact. So we’re not out at sea overnight, nor are we living on a boat for several weeks. That said, we have been spending very long days aboard the research vessel (R/V) Storm.

Today we went back out to the survey area, a little south of Thunder Bay. We left the dock at 7a.m. and transited out for about an hour and a half. We wanted to get an early start because the weather was supposed to get worse as the day continued. 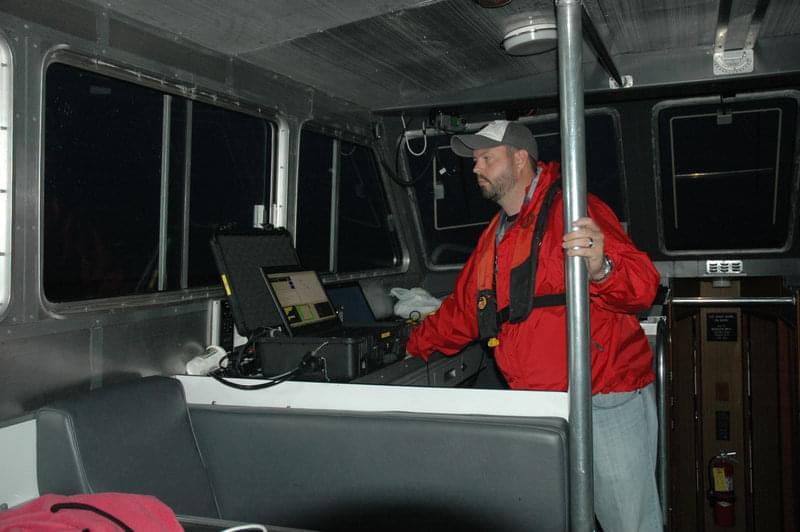 There were a couple of new people on board who remarked that it had been a pretty rough ride on the way out. Things that weren’t stored properly were getting knocked around a little, and we were holding on tight. Those of us who had been out on a few days earlier, however, agreed that actually this was much nicer. On one of the previous days, the waves would rock the boat from side-to-side by 40°!

Once we reached the autonomous underwater vehicle (AUV) launch location, the team deployed the ATLAS (launching is getting more graceful as we continue), and confirmed that everything on the AUV was operating as expected. The path and waypoints are programmed into the ATLAS and the ship’s GPS and we slowly started in the right direction — bouncing through the waves as we went. 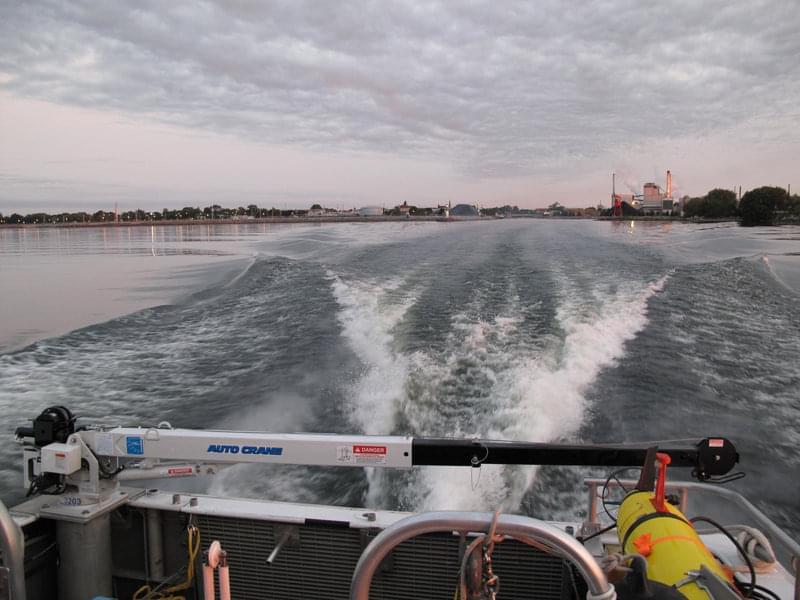 The view of the city of Alpenas as we depart the harbor shortly after sunrise.. Image courtesy of Thunder Bay 2010 Expedition, NOAA-OER. Download larger version (jpg, 1.2 MB).

There’s a lot of excitement around the launch and it’s followed up by . . . well, a lot of waiting. Every 45 minutes or so, the ATLAS comes to the surface to check in and download some data. In anticipation of the check-ins, we make sure the computers are ready to go and we start trying to figure out where, exactly, it will come up in relation to where we are. I try to grab some photos and video to share here, the researchers are making sure the data transfers correctly, the ship captain is trying to get us close (but not too close), and then the ATLAS dives back down after a minute or two.

This continues on through out the day — and, lately, we’ve been out for 14 to 15 hours. This means that we have some downtime while the ATLAS is underway. During this period, we try to get some other work done, but it is challenging. It’s not that we don’t have things to do, but cell phone and Internet service is spotty. I have also reconfirmed that looking at a computer screen for too long while in 4- to 5-foot waves, makes me queasy. 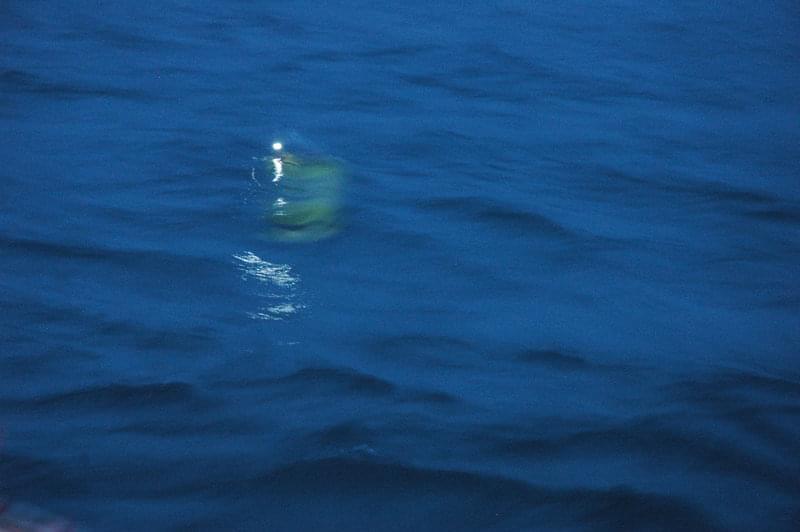 The ATLAS resurfacing in the dark at the end of a mission. The strobe light blinks underwater, making it easier to see during night recoveries. Image courtesy of Thunder Bay 2010 Expedition, NOAA-OER. Download larger version (jpg, 541 KB).

Fortunately, when the seas get really high, we can keep busy by catching the cameras, cell phones, and laptops that start sliding off the tables. I also spend a lot of time chatting with the team and learning more about AUVs, data that we’re collecting, and shipwrecks. Luckily, the R/V Storm is pretty well equipped: there’s a refrigerator to store some snacks, a stereo that we listen to music on, a couple of small bunks if you need a nap, and most importantly a small bathroom.

After the ATLAS has completed its mission, it’s time to recover it. Lately, this has been happening in the dark — adding another challenge to the process. Being at sea is all about adapting to changing conditions and the team has all been doing great at this.