Heading Offshore and Imaging the Gilbert

Today started with Dan Basta, Director of the Office of National Marine Sanctuaries, making a visit aboard the research vessel (R/V) Storm. This was his first chance to see the R/V Storm since it was refitted by the NOAA Great Lakes Environmental Lab during the winter of 2009-10. Since May, the 50-foot platform has supported technical diving operations, a multibeam sonar cruise, a “live dive” from a popular Thunder Bay shipwreck, and a couple smaller projects. 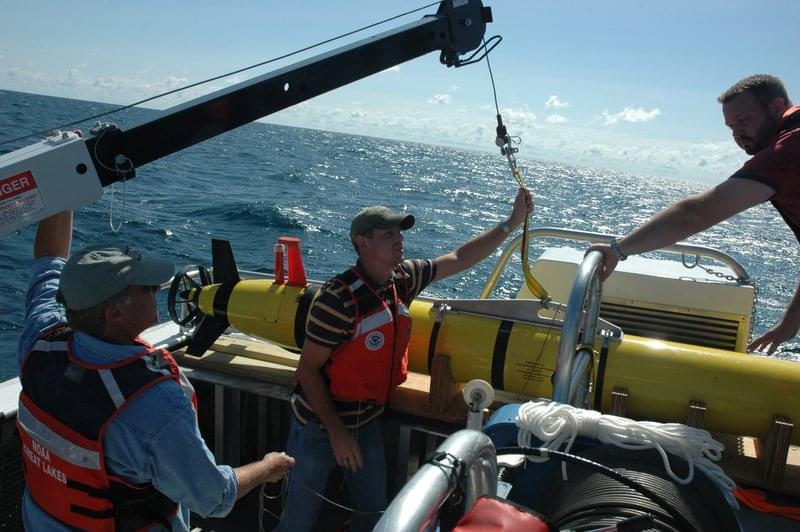 The University of Texas team launches the ATLAS around 11:30 a.m., and it will be in the water for nearly 12 hours. Every 45 minutes or so, it surfaces to check in and download some data. Image courtesy of Thunder Bay 2010 Expedition, NOAA-OER. Download larger version (jpg, 615 KB).

Today, Dan saw the REMUS 600 autonomous underwater vehicle (AUV) secured along the vessel’s port rail, as the team performed some diagnostics and prepared to set out for the northern portion of our survey area. With yesterday’s sea trial under our belt, the team felt confident heading out to deeper water further offshore. 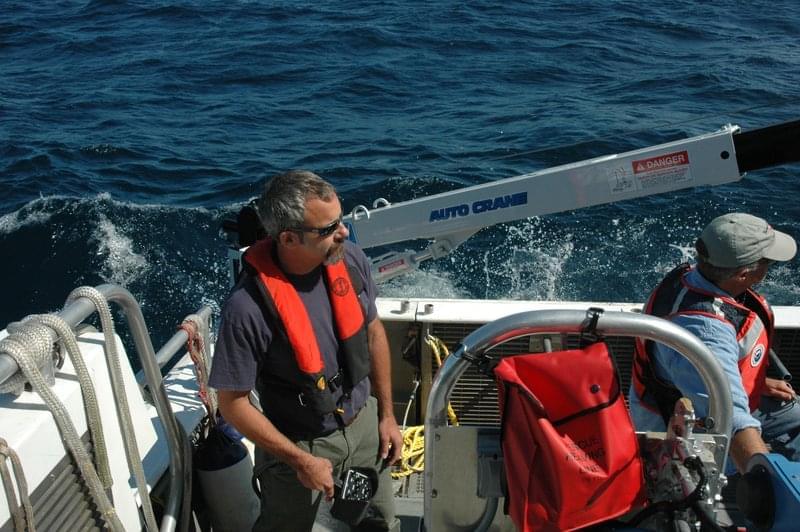 Russ Green operates the crane that is used to launch and recover the ATLAS. Timing is important for the safety of personnel and the ATLAS, especially in big waves. Image courtesy of Thunder Bay 2010 Expedition, NOAA-OER. Download larger version (jpg, 691 KB).

After an hour-and-a-half transit, we arrived at the wreck of the W. H. Gilbert, a large steel freighter resting in about 70 meters (230 feet) of water. Imaging the Gilbert with ATLAS is a good way to see how the ATLAS sonar will behave. Sonars use sound waves to image the seabed, and the way those sound waves travel and behave can be affected a great deal by water temperature. To give the sonar the best chance for success, the team periodically takes sound velocity profiles, using a device that logs temperature and depth throughout the entire water column. The data is then used to set different parameters on the sonar and to tweak it for the conditions it will encounter at the chilly depths of Lake Huron. The Applied Research Laboratories with the University of Texas (ARL:UT) team sets the sonar’s range for about 600 m (1,969 ft). 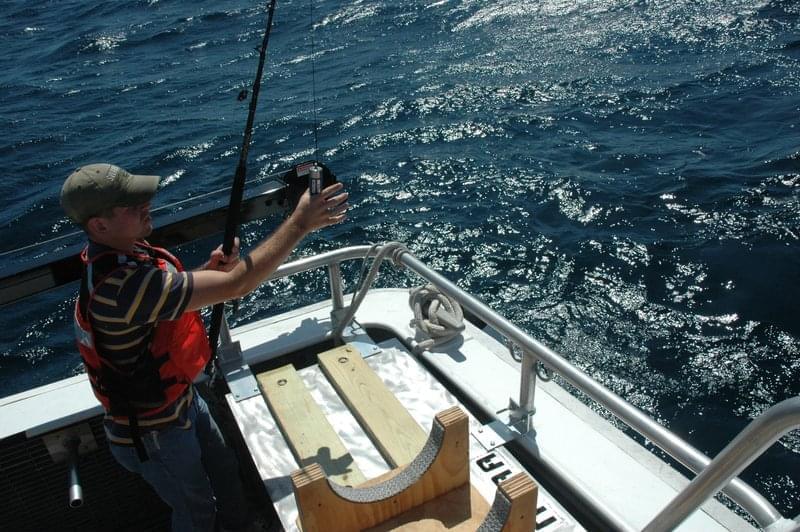 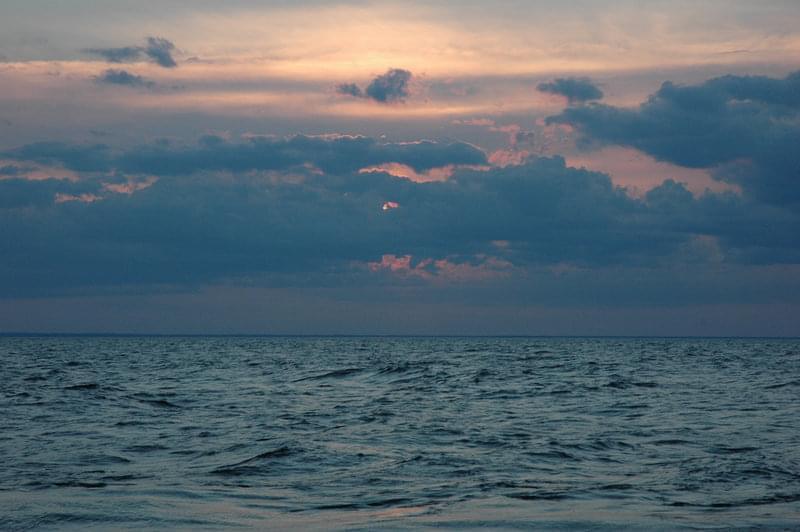 With the vehicle prepped, the team talks about the best way to deploy it based on the sea state: southeast winds at 15kts or so with 3- to 4-ft waves. After a successful (but still not graceful) launch, the ARL:UT team checked the vehicle’s health via WiFi, after which it descends and begins the survey. As I write, after several hours of survey, the seas begin building to 5 footers. The plan for now is to continuing surveying but probably not recover the vehicle immediately. Instead, we’ll reprogram it wirelessly and set it on a course to Alpena, where we’ll recover it in calmer waters.

Although we’ll be breaking from the anticipated survey area, we’ll still be surveying a good bit of ground. The ride back to Alpena is over 20 miles!