Recovering an autonomous underwater vehicle (AUV) can be as exciting and anxious as launching one. Before the AUV surfaces, you do not know exactly where it will appear. This is because underwater navigation is very difficult, and the AUV is usually "slightly lost." 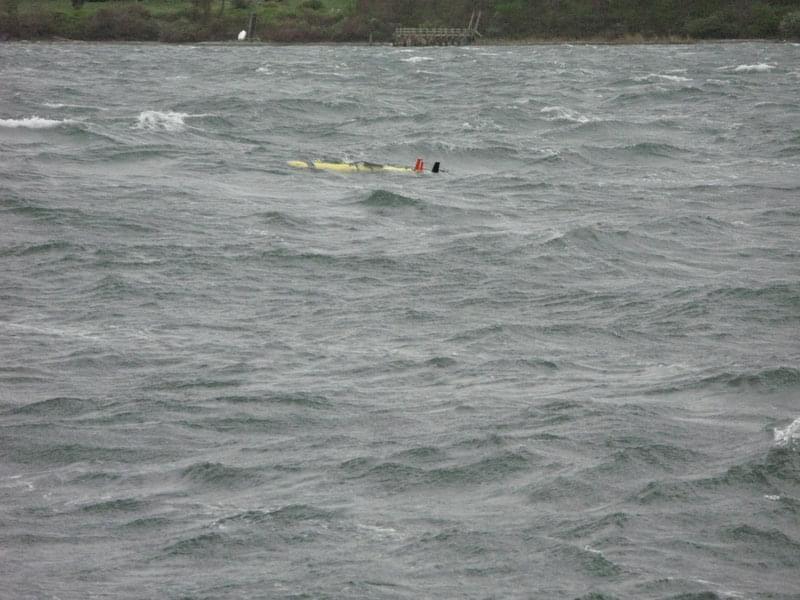 The autonomous underwater vehicle (AUV) is shown here just after it was spotted on the surface. It is relatively easy to see the AUV in this photo. Since the waves are higher that its antennas and fins, the AUV was often hidden by the waves. Image courtesy of Thunder Bay 2010 Expedition, NOAA-OER. Download larger version (jpg, 212 KB).

It is hard navigate underwater: there is no underwater GPS, there are no “wheels” touching the lake bottom to measure the distance traveled, and sometimes compasses on vehicles (which are made out of metal and have electric motors) are not very accurate. (Actually, this is similar to walking at night in very dark woods by just counting your steps while using a cheap compass.) Any errors in distance or heading will cause errors in the perceived location (for the AUV or hiker). On an AUV, this error is usually tens of meters and sometimes can be hundreds of meters, but if a compass is off 5 or 10 degrees, the error can be kilometers. 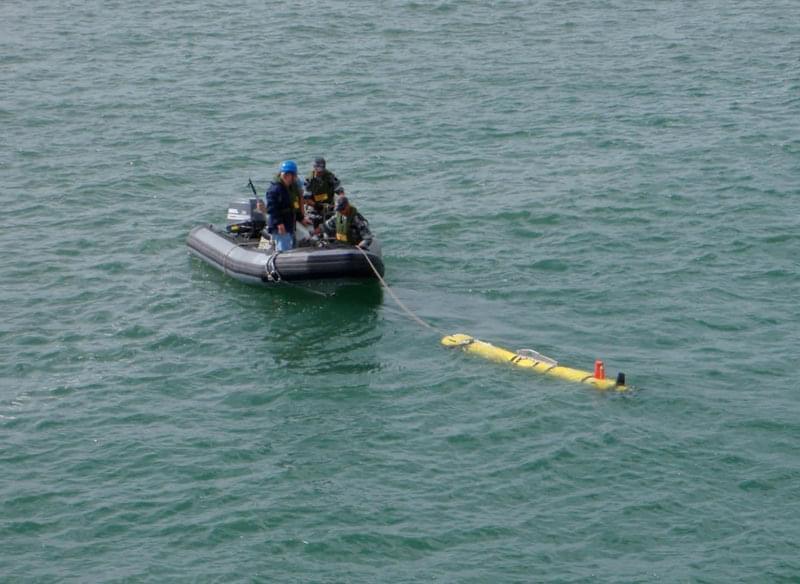 Explorers often use a small boat to attach a line or cable to the AUV. In this sea-test, they used a ridge-hulled inflatable boat (RHIB), which is a hard-bottomed boat with inflated rubber sides. Once the AUV is secure, they tow it over to the support ship to hook the AUV to the crane and lift out of the water. Image courtesy of Thunder Bay 2010 Expedition, NOAA-OER. Download larger version (jpg, 179 KB). 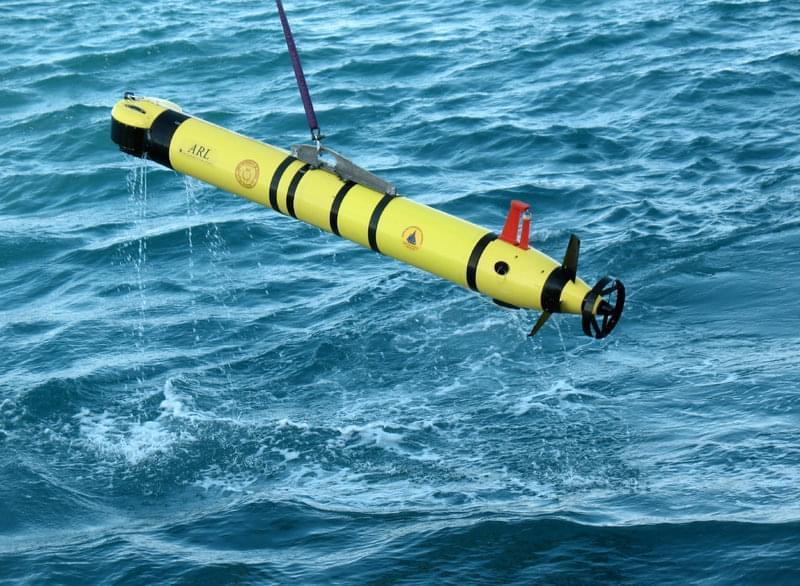 When the AUV is expected to surface, crew members on the surface ship go to the approximate location and begin scanning the area. Spotting the AUV on the surface can be difficult. Even though it is bright yellow, it floats very low in the water and can be obstructed by the waves. When the vehicle surfaces, it flashes its strobe and tries to contact the support ship via its WiFi and underwater acoustic modem. If it connects, its GPS location is sent to the surface ship.

When the AUV is spotted or a connection is established, the ship usually maneuvers close to the AUV and either waits for the AUV to continue its mission (by submerging again) or to begin recovery operations. If the AUV is not spotted, or if it does not make a communications connection with the ship, then it calls the ship’s computers via a satellite phone, and the crew will sail to the AUV’s reported location.

The AUV recovery procedures are in reverse order of the launch. First, the AUV must be grabbed. Sometimes a long pole can be used to reach the AUV. Other times the AUV is farther away, and a few crew members take a smaller boat out to the AUV, where they are able to reach over the side to grab it.

After securing the AUV, they will tow the AUV back to the ship. Once there, a shackle on a cable from the crane is attached to the lifting strap on the top of the AUV, then the tension is slowly increased to check the shackle and the balance of the AUV. If everything is okay, it is lifted high above the water and finally lowered into its cradle on the deck of the ship.

After rinsing the AUV with fresh water, the power and data cables are connected to charge the batteries and to upload sonar data to the mapping computers.