An autonomous underwater vehicle (AUV) launching is filled with both excitement and anxiety. The excitement comes from the months, or even years, of working on the AUV, sonar, or data processing computer programs, and seeing all of them functioning as planned. It also comes from the possibilities of new discoveries. These discoveries can be new types of features on the lake bottom; new ways in which the sounds waves interact with the environment; unanticipated capabilities of the data processing schemes; and, on the Thunder Bay 2010 expedition, undiscovered shipwrecks.

On the other hand, anxiety builds as the AUV (which is a heavy vehicle) is lifted with a crane high above the ship’s deck and the surface of the water. Then there's more anxiety with possibility that the AUV might sink if the buoyancy is not correct, and then the mission begins and the AUV disappears into the depths of the water for hours at a time. 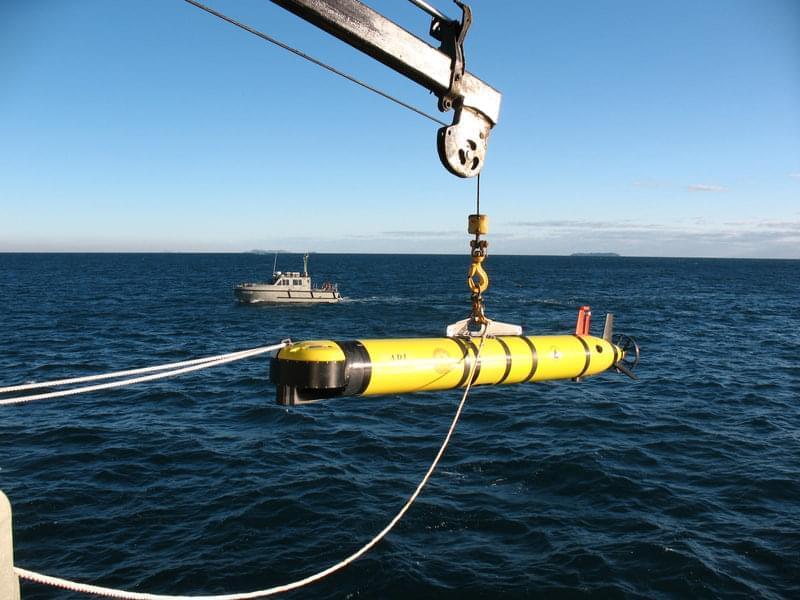 A view of the ATLAS autonomous underwater vehicle (AUV) just before being lowered into the water. Here the AUV is about 6 meters (20 feet) above the water. At this moment, the AUV is in a quiet lake and in its pre-release position, where the vehicle and software are in their final check-out. In a moment, the lines will be released and the vehicle will be sent on its way to search the lake floor. Image courtesy of Thunder Bay 2010 Expedition, NOAA-OER. Download larger version (jpg, 741 KB).

Ultimately, the voices of the engineer and explorer in your head prevail and the AUV is launched — and then you watch and wait for the results. 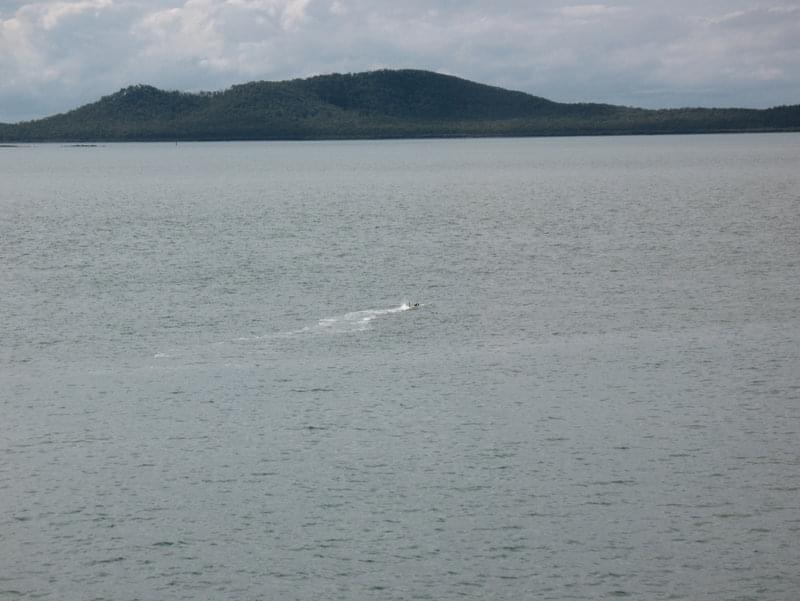 The AUV is under remote control, swimming a safe distance from the ship, just before it is commanded to begin its mission and dive below the surface. Image courtesy of Thunder Bay 2010 Expedition, NOAA-OER. Download larger version (jpg, 184 KB). 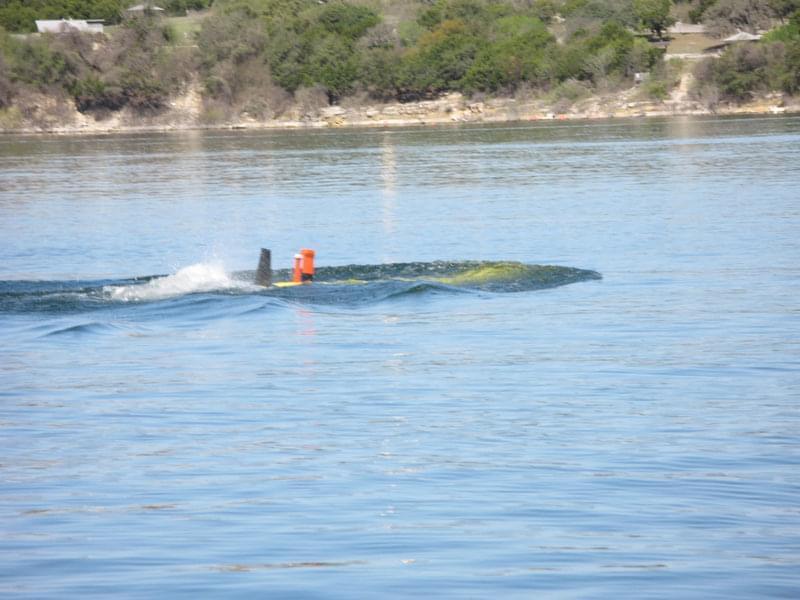 There are several steps to launching the AUV. First, a crane is used to lift it off the deck of the ship into the water. Once in the water and before the crane cable is released, the AUV's lifting line is slackened to test the buoyancy of the AUV and to check the software in the AUV (via a WiFi link) to verify that everything is ready to operate. Now the cable is released and the AUV is remotely controlled to swim on the surface to a safe distance, away from the ship.

After a final check, the AUV is commanded to start its mission — and it is now autonomous.