Life on a 65-Foot Sail Boat

We’re now collecting about 50 “seismic-reflection” profiles across the Northern San Andreas Fault (NSAF) to image the subsurface structure of the fault zone. These lines, collected on 1- kilometer grid perpendicular to the fault, are created using sound waves as with the multibeam, but the sound source in this case is more powerful, penetrating the seafloor and bouncing back from “reflectors” of harder material below. We are using a system called a “mini-sparker”, which sends high voltage to a towed array that generates bubbles and thus sound for each “shot”. The shots are every half second or one second in deep water, and you can hear them through the hull, and hear the sound bouncing back from the bottom shortly after. The difference in hardness of the subsurface layers results in sound bouncing back (reflecting) as discrete sound waves through the water column, where the returning sound is recorded by a set of towed geophones. The data from the geophones are received and plotted on a computer screen as a cross section of the fault, revealing the structure of the fault, and the deformed sediments surrounding it. 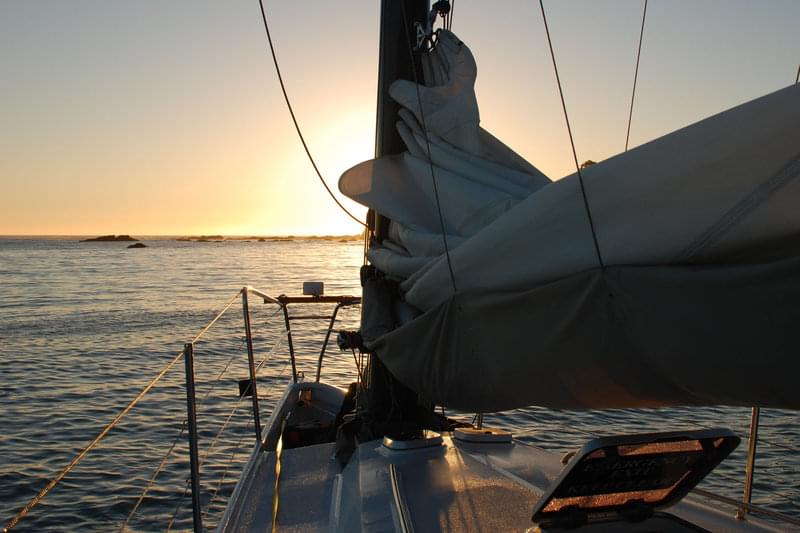 Living on a sailboat for anywhere from 2 to 6 days between port calls is an experiment and experience in itself. The Baylis can support up to 50 passengers for day trips, however for the longer-duration trips, the Baylis can carry up to 10, including 2 crewmembers (currently we have 8 onboard). There is minimal privacy as most bunks double as workstations during the day, and the crew and scientists who work the night watches occupy the cabins. 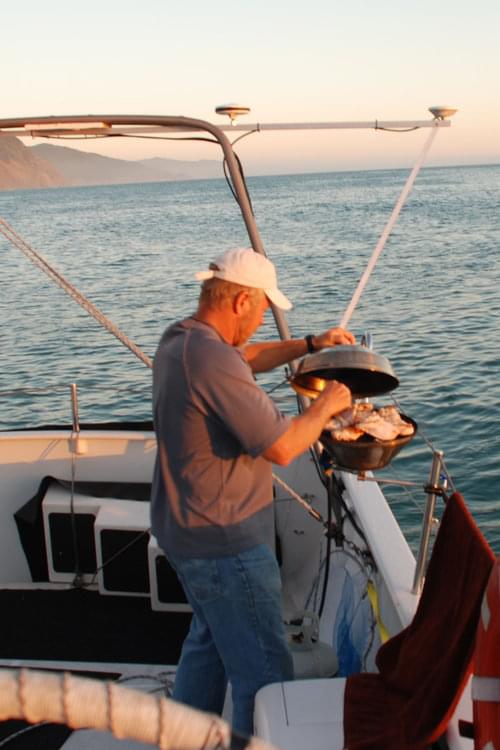 Due to the size and arrangement of bunks, there are no sheets or towels provided. Scientists and crew alike must bring their own sleeping bags and towels. The sleeping bag is a wise choice, with narrow bunks and since this sailboat isn’t climate controlled, and nights off-shore of Northern California this time of year get a bit chilly.

The Baylis has two heads, each about the size of a stand-up shower. For the longer cruises, one head is designated as a head, and the other is used for showering. With limited freshwater onboard, showers must be kept short and aren’t a daily luxury. Gear and personal luggage is all stowed together, where the term ‘living out of a suitcase’ feels fitting. You take your bag down, get what you need for the day out and then stow it away.

With tight quarters being shared, it’s also an exercise in being polite, patient and willing to work in less than favorable conditions. Luckily for this leg, the crew and scientists have established a productive and jovial atmosphere, where work, and exploration are conducted in unison with good humor.

There is a small galley on the Baylis, however it’s in the same cabin as the ‘science lab’ as well as the pilothouse. Breakfast is on your own, and then the crew will fix lunch and dinner. Luckily for us, Mark and Sam are great cooks and we’ve been eating well. When the seas are calm, there’s even a small grill on the back deck we can use. 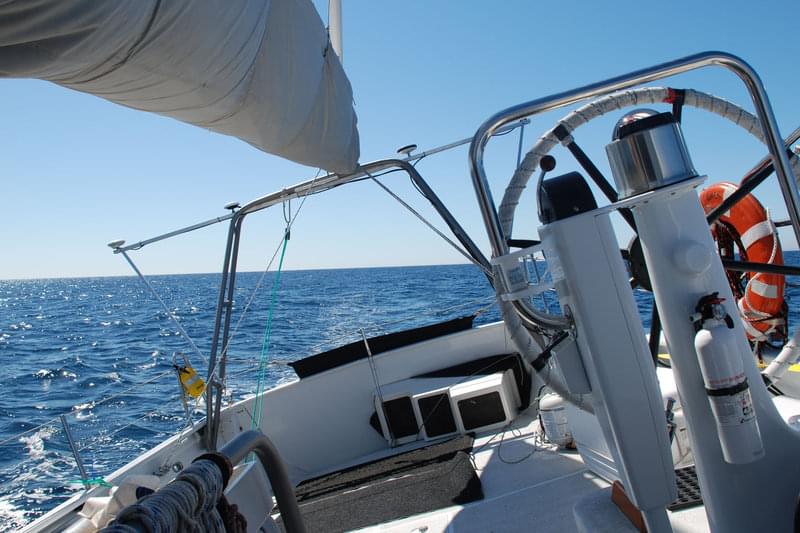 Working on a smaller boat has its challenges – as wave action and swells can cause the Baylis to take anywhere from 15 to 30 degree rolls. Image courtesy of San Andreas Fault 2010 Expedition, NOAA-OER. Download image (jpg, 151 KB).

On a 65-foot sailboat with a rounded hull, every roll and pitch of the boat is felt. It’s not quite the same as a 200+ foot steel-hulled vessel, which plows through waves. It’s the difference between flying on a Boeing 777 and small turbo-prop. One glides through the air and you barely feel like you’re moving, the other you feel every little motion. When the Baylis is under full-sail, it’s not unusual for it to hold a 15-20 degree roll as we move forward. Good sea legs are quite the advantage here. 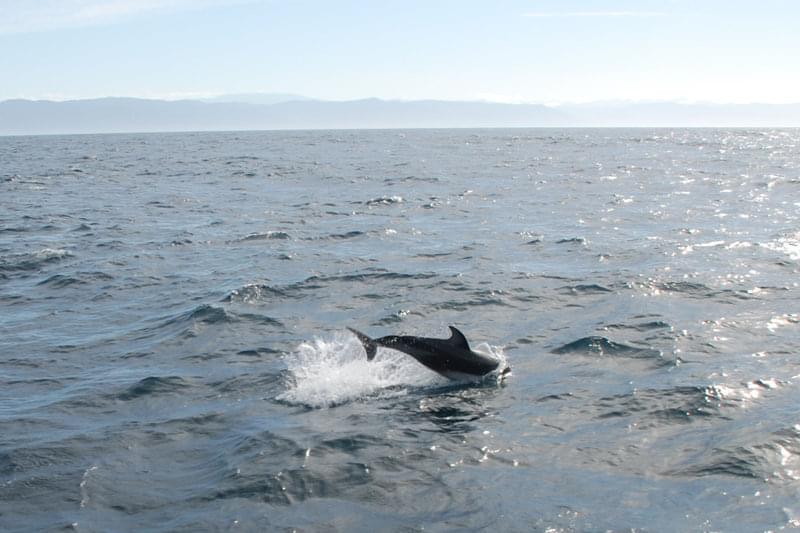 Life onboard the Baylis is almost simpler than life back on land. We’re only about 5 miles off shore, but the distractions, and rush of normal every day life, seem much farther away. A good day at sea requires little else aside from blue skies, small seas, the Baylis running smoothly under sail and good data streaming in. Days are highlighted when we watch humpbacks breaching in the distance, albatrosses flying across the water, and pods of white-sided dolphins and porpoise riding in our bow wake. And when the day is over, you watch the sun sink over the horizon and feel the sea breeze on your face, and look forward to another day at sea.