US Minerals Management, now known as Bureau of Ocean Energy Management , Regulation, and Enforcement (BOEMRE) began a program in 1996 known as Rigs to Reefs. The program encourages scientists from various disciplines to work together in understanding how shipwrecks become reefs and reefs contribute to the formation of shipwreck sites. In the following two articles Dr. Cheryl Morrison, a geneticist, of USGS – Biological Resources Division and Dr. Sheli Smith, a maritime archaeologist, of PAST Foundation examine the GulfOil from the perspective of biology and archaeology. Almost as soon as a shipwreck reaches the bottom it begins to seek equilibrium with its environment simultaneously disintegrating and providing a habitat for deepwater species. The GulfOil, with its relief and degrading steel, supply macro and micro fauna the necessary variables to survive. The robust reef provides ecologists, biologists, geneticists, and geologists with abundant information regarding populations, diversity and health of the reef. The ship remains supply archaeologists with information about the wrecking event, the life aboard the vessel, the cargo, the technologies of the time, and the site formation. Archaeological research thus looks both back in time for historical information and forward toward modeling site formation. Together the multi-discipline approach examines the past, the present and the future.

There are many known cases of Lophelia pertusa colonizing man-made structures, such as shipwrecks and oil rigs here and in the eastern North Atlantic Ocean.  Artificial structures such as rigs and wrecks can contribute valuable real estate because they provide hard substrate for coral larvae to settle on, which is often a limited commodity in the deep sea. Such structures also allow the corals to be higher in the water column, where stronger currents occur, providing increased chances for food delivery and clearing of sediments.

Although we suspected that we might find Lophelia on the GulfOil ship wreck because of its age (approximately 70 years) and water depth (600m), we were astonished to see the spectacular coverage of Lophelia on this wreck. As we approached, the wreck looked as if it were wearing a white fur shawl, with huge expanses of dense Lophelia along the structures on the deck. This wreck may be the most spectacular deep reef in the Gulf! 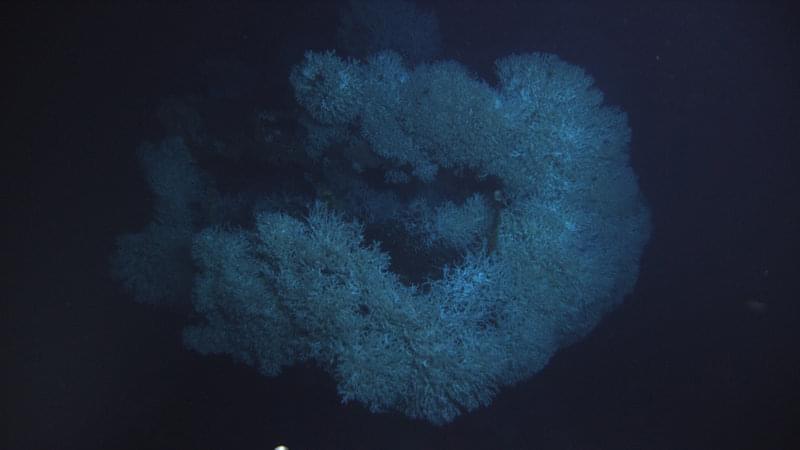 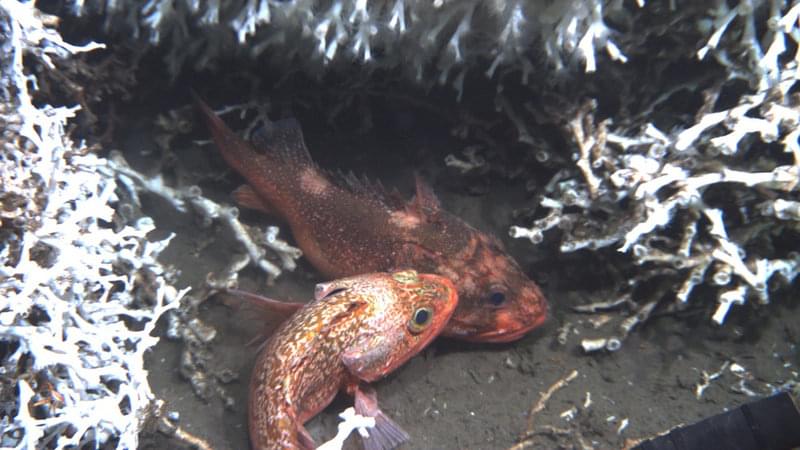 One of the goals of the Lophelia II project is to assess whether man-made structures that reach the sea floor at depths where Lophelia and other deep corals thrive serve as artificial reefs. In shallow waters, artificial reefs are known to attract and concentrate fishes and invertebrates, and therefore function like natural reefs in that biodiversity is enhanced. We were interested to see whether the fishes and invertebrates that we observe on natural deep reefs also occur near the Lophelia growing on the GulfOil.

Although it will take a while to quantify the numbers of animals we saw on the GulfOil, many of the ‘usual suspects’ were observed at the wreck, including conger eels, Hoplostethus fishes (see video from Oct. 20), black belly rose fishes, and squat lobsters such as Eumunida picta and Munidopsis species. In fact, one Hoplostethus took such a liking to Jason that it interfered with our mosaic imaging by sitting under the ROV where the camera is, blocking our photos! From the Lophelia samples taken by Jason during this dive, we will be able to use genetic analyses to determine which natural reefs may have provided the coral larvae that have grown into the spectacular deep reef that now exists here. This will help us understand the relationship between natural and artificial deep reefs in the Gulf, and ultimately, help the BOEMRE to set up proper protection for these sensitive biological areas. 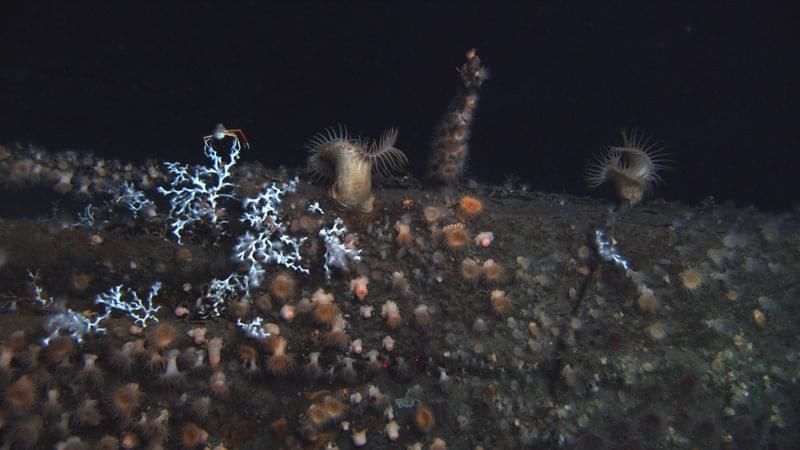 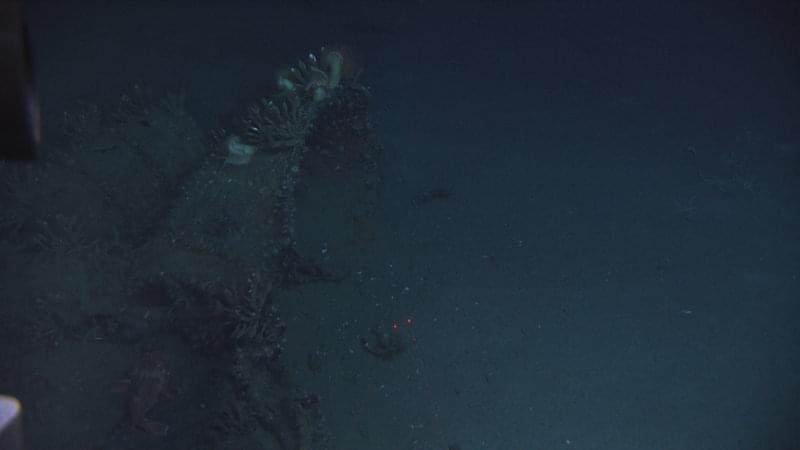 The ventilator thrown from the ship in the sinking blast supplies Gooseneck barnacles with a surface to grow upon. Image courtesy of Lophelia II 2010 Expedition, NOAA-OER/BOEMRE. Download larger version (jpg, 212 KB).