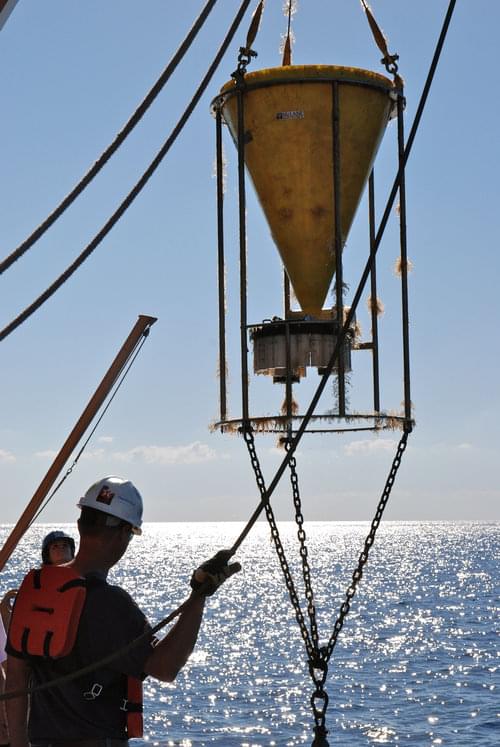 Yesterday morning at 7:30 a.m. and according to schedule, the Jason ROV was looking at the last of the sediment traps the team will be collecting this trip. The pilot scanned the trap's floats, the large cone that funnels falling sediment and animal larvae into containers, and the anchor mechanism. Then, after technicians aboard sent the acoustic signal, we watched as the trap released and began its trip about 350 meters (1,150 feet) to the surface.

Once recovered, Woods Hole researchers processed the samples and tucked them away in a locked box in one of the ship's cold rooms. As part of the official Natural Resource Damage Assessment (NRDA), these samples will be handled from here to Woods Hole, Massachusetts under a strict chain of custody that's a little foreign to scientists, but designed to keep lawyers happy. 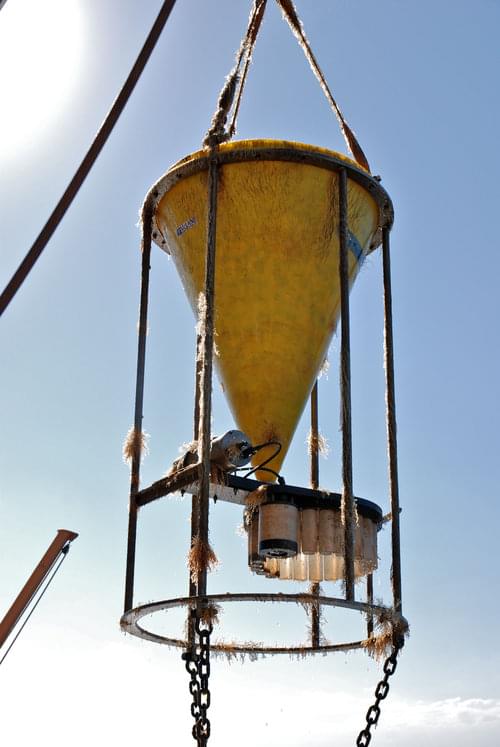 Once the trap was aboard, the Jason team and other scientists got back to work with the ROV, which was on the bottom from 8p.m. Saturday night until this morning at 4am. It was the longest dive of the trip, which is fitting because it's also one of the most interesting areas. They spent over 20 hours exploring a single, spectacular mound known as Robert's Reef, whose steep sides were covered with bushy black corals in a range of colors, then explored a long ridge with abundant white anemones, Venus flytrap anemones, and the occasional coral bush.

One of the first jobs on the dive, as at other sites, was to take a series of pictures that the researchers use software to process into a single large image that reveals precisely where corals and other animals are found within an area of about five square meters (50 square feet). They have mosaics from a couple of years ago that they can compare to the ones from this cruise point to point. If there have been changes due to the oil spill, such as coral die off, then the mosaics near the well might reveal that, though there have been no obvious signs of damage that anyone could spot.

While decidedly less scenic than the corals, the sediment around these reefs is also important. At sites around the Gulf, Amanda Demopoulos, from the U.S. Geological Survey, has been using Jason to take sediment cores that she analyzes to learn about the worms and other critters that live in the seafloor. On this cruise, and one in July, she has been splitting off half of each sample from one core for NRDA. Those get locked in a deep freeze on the lower deck near the gym equipment. 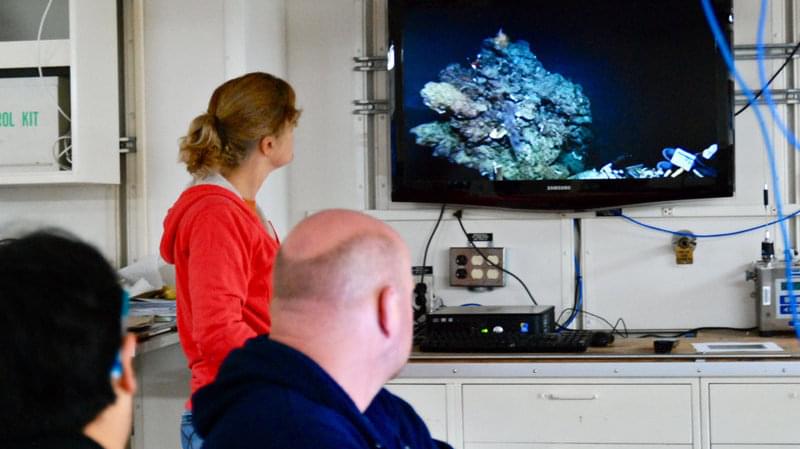 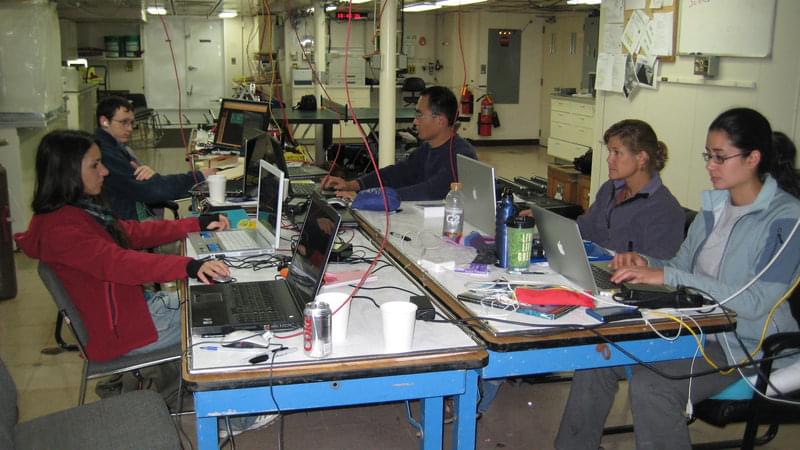 While sediment trap samples will go to a lab at Woods Hole, the sediment samples will go to a NRDA-certified commercial lab. When the ship docks in Pensacola early in November, representatives of that lab, which provided all the materials needed to collect the samples, will be there to take custody of the core material. These samples will ultimately be analyzed to see if they contain hydrocarbons and if so, whether they have the chemical signature of the Deepwater Horizon spill, or MC252 oil. The team is also collecting a variety of animals such as anemones and sea cucumbers whose body tissue will be run through the same tests. 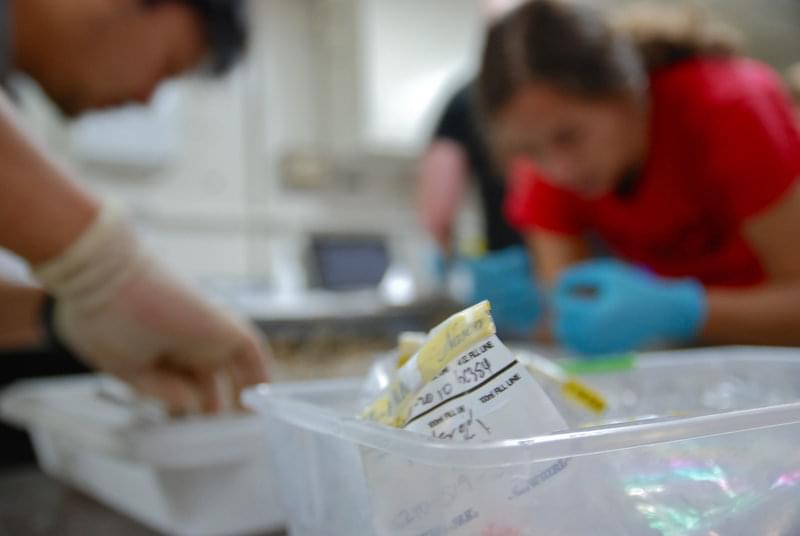 Throughout the day scientists and grad students ready the samples for transport back to the labs on land. Image courtesy of Lophelia II 2010 Expedition, NOAA-OER/BOEMRE. Download larger version (jpg, 2.5 MB).

The group is also expanding its genetics work. They already analyze corals and animals such as brittle stars associated with them to learn about connections between various reefs as well as various regions. They've found, for instance, that the animals in the deep Gulf are genetically tied to those in the Caribbean. That could be good news if there is significant damage in the Gulf over time, because it may mean that Caribbean animals can provide new recruits to fortify Gulf populations. Of course, if the flow tends to be one way from the Gulf to the Caribbean then that would be bad news.

The team will now be looking more broadly at these animals' genes to determine which are turned on and off. When an animal is stressed this often triggers it to turn on different genes than usual. So, if there are major differences before and after the spill for animals exposed to oil that don't show up among animals that weren't exposed, it could be a very solid indicator of damage.

This work should provide an excellent picture of what's been happening in the deep since April, but it all takes time. Once the various analyses are done over the coming days and weeks, the data promise to tell an interesting story and one that should fill at least some of the gaps in understanding about where the oil has gone and what its long-term effects might be in the deep sea.