The “Trappings” of Great Fortune 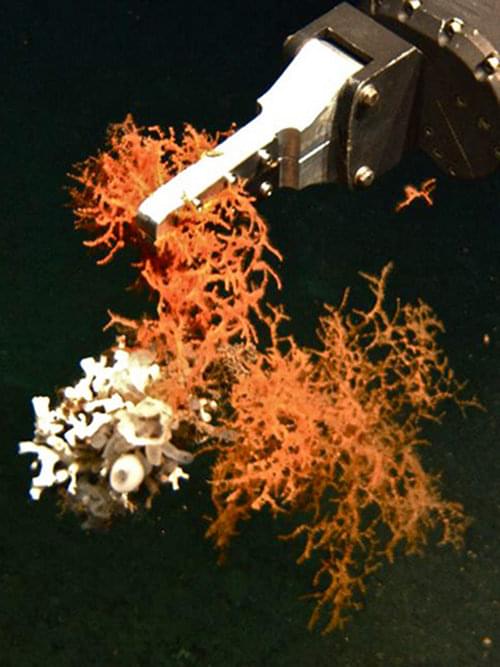 It was a balmy afternoon on September 3, 2009 when the crew of the NOAA Ship Ron Brown and a few of us scientists let go of a 50-foot long line, a mooring that included a 500 pound anchor, 300 pounds of positive floatation, a meter to measure current speed and direction, and a sediment trap to collect the rain of falling particles to the deep. Once it was on the seafloor at a site called VK826 in almost 1,500 feet of water, we positioned this particular mooring using the ROV Jason. We wanted the sediment trap to be within 10 feet of the bottom, squarely within the neighborhood of large deepwater corals and the diverse animals that live on them.

The goal of these moorings is to find the answer to two long-standing questions- what nutrients are delivered to the seafloor to feed deepwater coral communities, how the nutrients get there, and how these corals and the large variety of animals associated with them—including crabs, urchins, shrimp, and brittle stars—reproduce and disperse their larvae. These young versions of the organisms are extremely important to us as they are the part of the animal life cycle that provides many of the animal species, like corals, which are permanently attached as adults, with a means of getting their offspring to another site in the Gulf. The larvae move on ocean currents through the ocean before deciding where to settle, keeping these species from potentially going extinct. 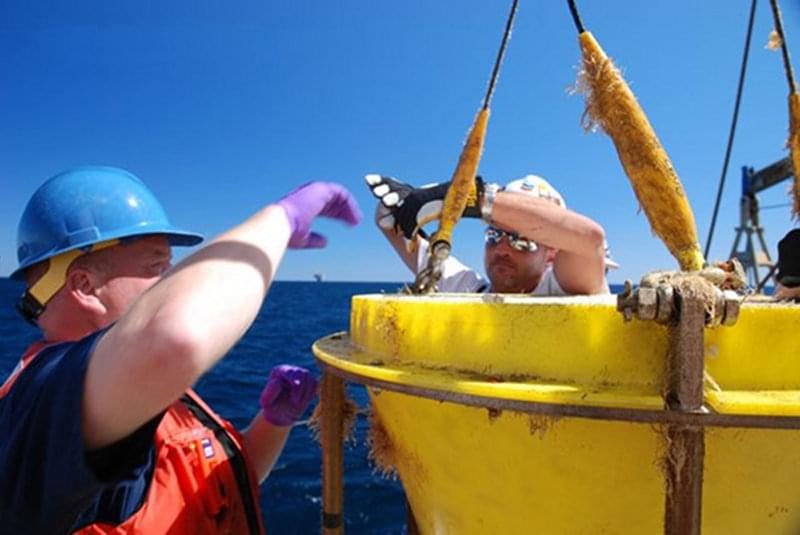 The sediment trap is hauled back to the surface after chronicling the flow of sediment and biological material for a 10 month period, roughly 1,500 feet deep. Image courtesy of MarkSchrope.com/Lophelia II 2010 Expedition, NOAA-OER/BOEMRE. Download image (jpg, 84 KB).

Like air traffic controllers, fishing fleets, and farmers wanting to understand the changing seasons and events such as hurricanes, tornados, freezing rain, and dust storms, biological and chemical oceanographers need to observe a specific place over time to understand the natural patterns of how material, both biological and inorganic, moves around and reaches the deep ocean.

Our method of choice to accomplish this research is to use sediment traps - basically giant funnels with the top end wide open with about a one-square-meter (11 square feet) mouth to catch material falling to the seafloor. Anything that falls into the top of the cone then slides down its smooth sloping walls to the bottom and into a collecting bottle or “cup”. These traps have 21 separate cups on a rotating stage. At pre-determined intervals, the stage rotates via a battery-operated motor, closing off one bottle and positioning a new bottle under the funnel to collect a new sample. 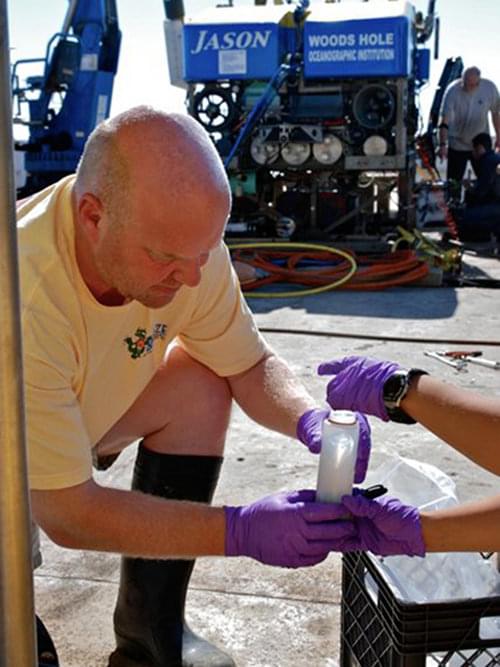 Scientist Tim Shank handles one of the 21 ‘cups’ deployed with a sediment trap to collect both organic and inorganic matter over a two week period. Image courtesy of MarkSchrope.com/Lophelia II 2010 Expedition, NOAA-OER/BOEMRE. Download image (jpg, 49 KB).

We have deployed these traps just above the seabed to collect organic detritus, nutrients, and larvae raining down from the waters near the sunlit ocean surface. Normally we focus on events like hurricanes, storms, and current circulation changes. We'll still be studying those phenomenon, but in April 2010, or 8 months into our deployment, another event was added to the list. The wellhead of the Deepwater Horizon ruptured spewing more than an estimated 60,000 barrels (about 2.5 million gallons) of oil a day.

Our trap was less than 30 miles from this leak, with cups sampling for two-week intervals between September 2009 and late June 2010. Now, some six months later, we've had a clear sunny day for the crew and scientists to bring up this mooring. An acoustically signaled release—like unlocking a door with sound waves—let go from the bottom of the mooring. Within 20 minutes, the sediment trap, current meter, and flotation buoys had risen to the surface where we pulled them on board.

The control room aboard the Ron Brown lets researches get a close-up look at the position and status of deployed sediment traps. Image courtesy of MarkSchrope.com/Lophelia II 2010 Expedition, NOAA-OER/BOEMRE. Download image (jpg, 90 KB). 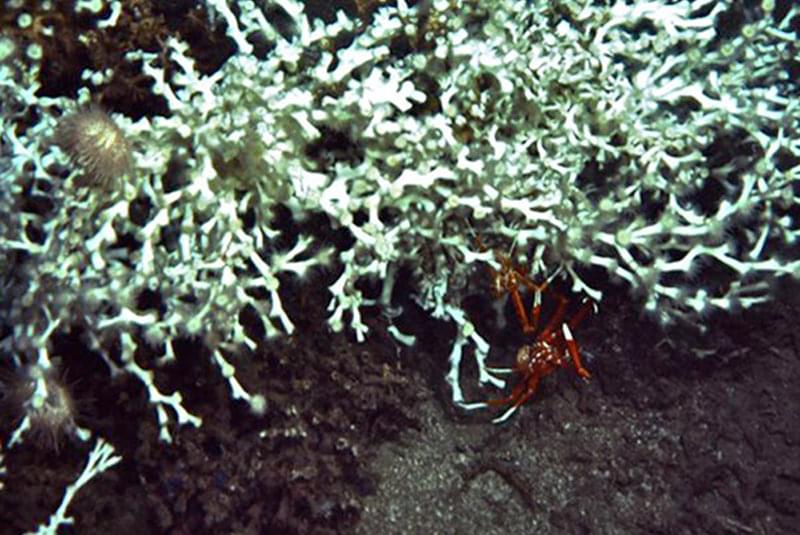 All of the 21 cups cycled through their two-week interval over the past year. Lots of animals, like barnacles, anemones, and snails, had encrusted the outside of the trap. There were strong variations in the amount of material that had fallen in the cups, perhaps showing clear signs of events, like storms and cyclic variation over the year. Juvenile animals were also visible in the cups.

Determining whether or not the trap samples contain any signs of the oil spill will have to wait until we can do a full analysis back on shore. Regardless, the cups likely contain the organic nutrients that feed deep-water coral communities as well as their larvae, which we will genetically analyze to see how these species migrate between distinct communities in the Gulf – truly a great fortune.