Catching a scientist for an interview simply means you must search out one of the labs. But looking for Safety Officer Bryan Begun required a different tact. I found Brian on duty at the Bridge. Like the Virtual Van, the bridge at night is dark with the monitor readouts in neon red. This made note taking impossible, but the story no less interesting. 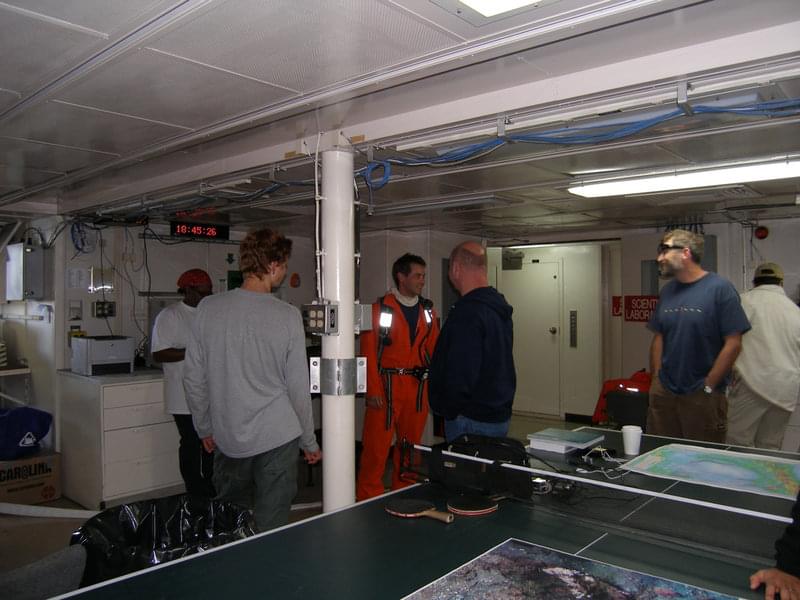 After finishing his undergraduate degree Brian went to work on live aboard boats in the Bahamas. Returning to California he worked in construction and for a number of green industries. Finally, deciding to return to working on the water, Brian applied to the NOAA Corps. “I get to do a number of things that truly interest me including navigation, science and travel.” As Bryan warmed to talking about his career, his story and a history of the NOAA Corps emerged.

"The NOAA Corps is a uniformed service of the United States, similar in structure to the various branches of the military. But unlike the military, whose primary mission is defense, the job of the NOAA Corps is to support science by overseeing a fleet of NOAA research ships, aircraft, and diverse programs. I am an officer in the NOAA Corps. I am assigned to the NOAA Ship Ronald H. Brown, which conducts oceanographic research worldwide. I often get asked how I got into the NOAA Corps. But, a more interesting question is why I got involved. The answer is simple: adventure. 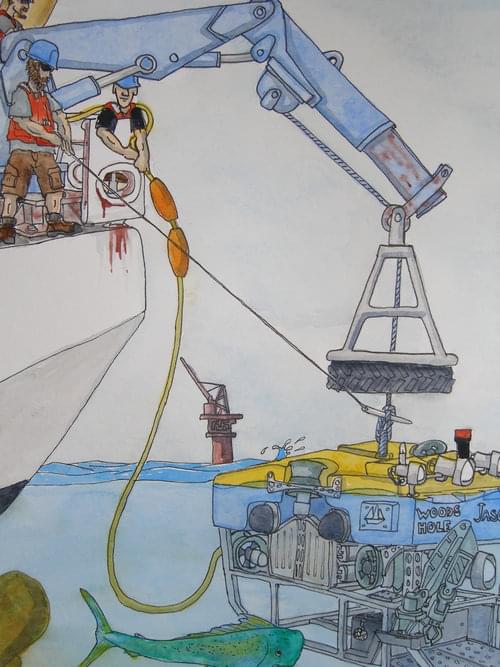 "Since joining the Ronald H. Brown in September 2009, my ship has traveled through the Panama Canal, sailed the length of Chile and Patagonia, passed through the Straits of Magellan, and crossed the South Atlantic. We have called on exotic ports such as Valparaiso, Chile, Cape Town, South Africa, and Takoradi, Ghana. During the whole time I have earned a decent paycheck made all the more lucrative by the fact that money is hard to spend at sea; this I might add is one of the benefits of working on a ship. Of course the job also includes sacrifice. Any semblance of a normal life is lost; dating is a problem and so is keeping in touch with friends and family back home. But the rewards are plentiful. There is the sense of adventure, the salary savings, and the chance to be involved with cutting edge research projects such as Lophelia II.

"It would be a hard choice to choose a favorite project out of the wide array of interesting research projects undertaken on the Ronald H. Brown. But the Lophelia II just might be that choice. For a guy who likes adventure, it’s hard to not to get excited when surrounded by scientists and technicians who likes adventure, it’s hard to not get excited when surrounded by scientists and technicians who dive into the little known abysmal depts. Of the ocean using a deepsea submersible. I am proud of my ship and its capabilities. We can launch and recover highly specialized equipment like the deepsea Jason ROV, and the ship’s dynamic positioning system can pin us to a geographical point and hold us steady as the dive progresses. While I have little to do with the actual work the scientists, my job is highly satisfying in its own regard. By operating the ship safely and efficiently, I help to provide the working platform the scientists require. My science is that of seamanship, navigation, ship stability, and safety.

"During my time off I have been able to mingle with the Lophelia Project crew and make friends. There may be no perfect job, but I say for all the people in the world who don’t enjoy their jobs, I wish they could."