This is the third year of a four year study to investigate the deep-water coral communities of the Gulf of Mexico. This study is centered around developing a predictive model for coral distribution in the Gulf, and we have gathered a lot of information on our previous expeditions as part of this program to address this goal. As we continue towards this goal, on this cruise we are also focused on detecting any potential impact on these communities from the Deepwater Horizon (DWH) disaster that unfolded over the last few months. 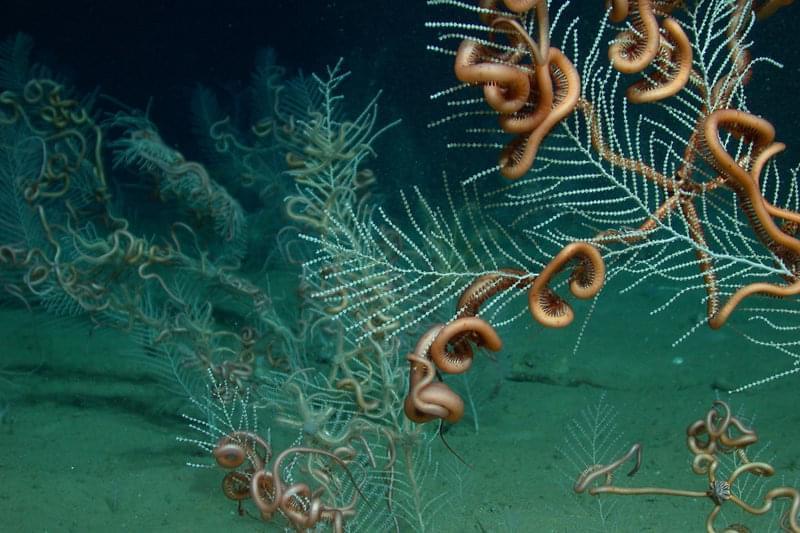 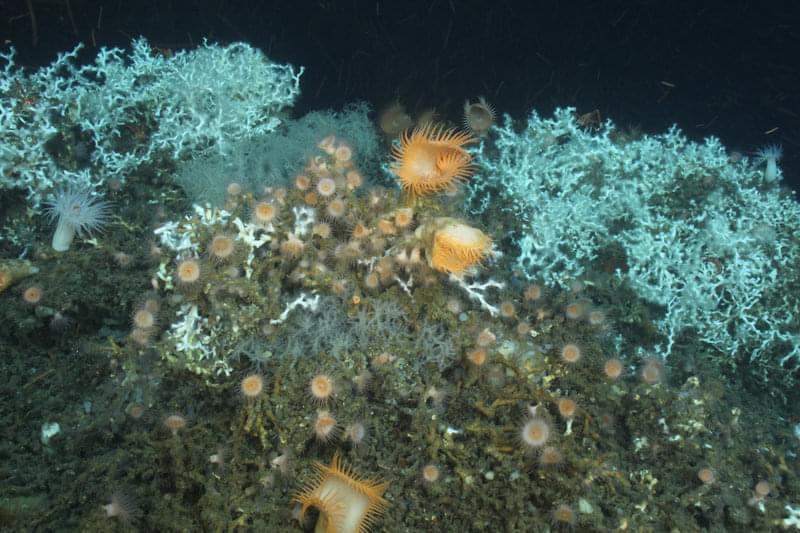 Our cruise on the flagship of the NOAA fleet, the NOAA Ship Ronald H. Brown, with one of the most advanced underwater vehicles in the world, the ROV Jason II from Woods Hole Oceanographic Institution, will depart Pensacola, FL, and be out at sea for nearly a month. One of our first goals is to collect a series of sediment traps that we deployed both last year as part of this program and earlier this year following the DWH incident. These devices consist of a large funnel that feeds into a series of collection cups that rotate around approximately every 2 weeks. The sediment traps will provide time-series information on all of the particles that have been raining down on our sites since last August. In addition to just sediment, they will give us information on the potential food sources of the corals, larvae that have been delivered to the site, and also any oil or byproducts that have impacted the sites since the oil spill. We are very anxious to see what these devices have been collecting, so this is one of the first things we will do on the cruise. 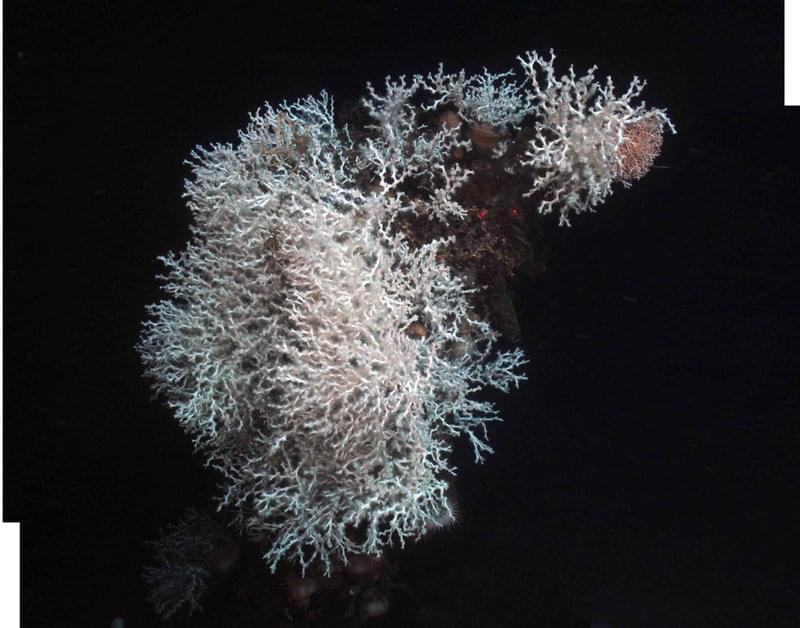 After picking up a few of these sediment traps, we will begin to cross the Gulf on the first leg of our cruise. We will revisit a number of our primary sites, the first of which will be the large Lophelia pertusa reefs at Viosca Knoll 826. We will then head to the Mississippi Canyon area, passing very near the site of the DWH oil rig. We will explore a few new sites on the way out west to test some of our predictive models of coral distribution. At the sites where we find corals (at all of these sites if we are good!), we will survey the area in a series of large scale photographic transects. Where there are very dense corals, we will take very carefully located photographs and assemble mosaics, so we can detect any changes that have occurred (if we have been there already), or might occur at these sites in the future. We will also collect samples for our genetics work to see which sites are most connected by larval dispersal, and take photographs of these species so that we can document how these species are associated in their natural environment. For our community ecology work, we will sample the communities that the deep-water corals support by collecting quantitative “coral pot” samples for the large organisms and push cores of the sediments around the coral reefs for the smaller organisms. We will examine the habitat preferences of the corals by using a variety of sensors on the ROV, taking water samples to determine the ocean chemistry of the sites, and rock samples to determine the geology of the site. Together, all of these data will help us understand where the corals like to live, how they got there, and what other species live along with them. 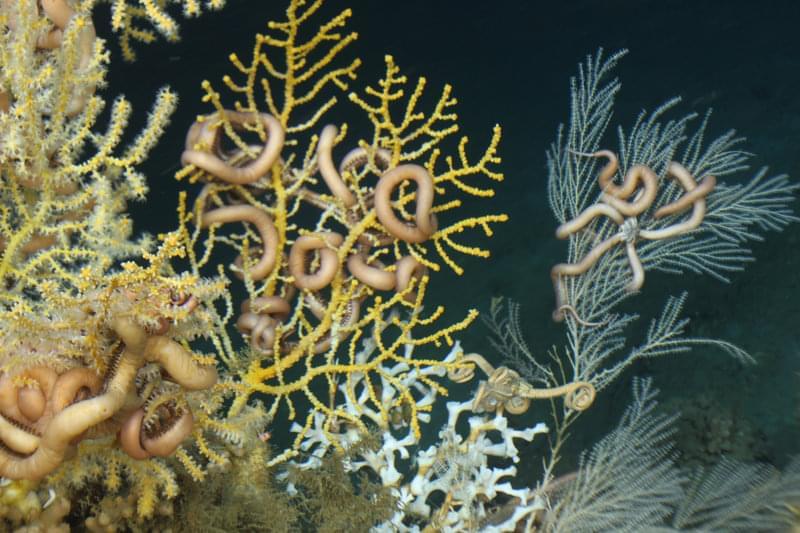 After we visit the Mississippi Canyon, we will continue our way west through the Green Canyon area out to the Garden Banks area. As we move out west, the deep-water corals and their associated fauna change, so what we learn from the eastern sites may not apply out here. In Garden Banks, we will visit the western-most Lophelia reefs that we know of, and we are particularly excited to explore more of that site and discover how they made it out there. As we head back to the east, we will collect more of our deployments, including another sediment trap and current meters that we deployed last year, and will try to complete our surveys of a few other key sites. We will return to the Viosca Knoll 906 site, where we discovered Roberts Reef last year, to carefully examine the bottom water chemistry and collect live corals for transport back to our labs. This will be the end of the first leg of the cruise and a few of us will rush home with the live corals to put them in our laboratory aquarium facilities.

Mosaic of a large colony of Lophelia on the bow of the Gulf Penn. Some of the largest Lophelia reefs in the Gulf are situated on these man-made structures. Image courtesy of Lophelia II 2010 Expedition, NOAA-OER/BOEMRE. Download larger version (jpg, 2.6 MB).

The second leg of the cruise will complete a smaller loop around the Gulf. We will start in the Viosca Knoll region again and head to Mississippi Canyon. There, we will visit the location of a long-term observatory on the seafloor only 10 miles from the site of the Deepwater Horizon disaster. The equipment on the seafloor at this site, Mississippi Canyon 118, has been monitoring the changes in gas hydrates (methane ice) for a number of years. The scientists that work at this site have recently discovered a large area of coral there, and we are heading out there to study it with them. We will also visit a World War II shipwreck, the Gulfoil. The archaeologists that are part of our study visited this site in 2008, and found the wreck covered in Lophelia. Although they were disappointed that all of the coral was covering up their view of the wreck, the biologists in the study were excited to discover that one of the largest Lophelia reefs in the Gulf is on a man-made structure! We will also explore a few sites even closer to the former site of the DWH rig. If time permits, we will also dive on a new site in over 2000 meters of seawater, close to where we discovered a new species of mussel last year to see what other differences there may be in the seep and coral communities in this part of the Gulf. Finally, we will collect more live coral samples to bring back to the lab, and then we will head into port and return home. This is a long and ambitious plan, but we are working with an incredible team of very experienced researchers, ROV pilots, and ship’s crew, so we know that we will be very successful! Stay tuned to see all of our amazing findings – there is always something new to be discovered when you head out to sea on an exploratory cruise!