The August 30, 2009 log during our expedition last year, "Photomosaics – Worth a thousand words (at least)", describes the photomosaics we construct of the coral communities we study. It describes in detail how we take the high-resolution pictures using Jason II, and how we process them to construct seamless mosaics that we can analyze in a GIS (Geographic Information System) framework. That log also describes some of the analyses we perform on the digitized mosaics to better understand the structure and function of the coral communities. 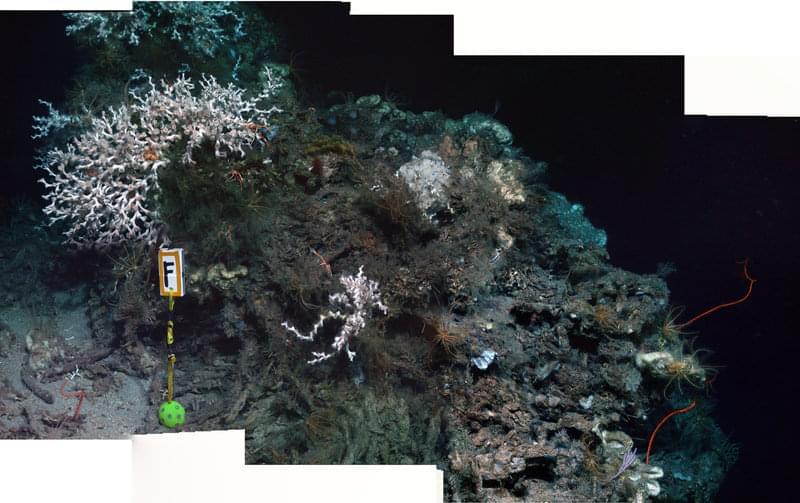 However, these analyses are only one of the reasons we use this technique to study ecosystems in the deep sea. The other reason is that we can also return to the study sites again and again and watch how the corals grow and the communities change over time. In order to ensure this capability, before we even begin to collect the pictures we will use to construct the mosaics, we first deploy a marker that will be in the mosaic. We then choose a heading that we will use to collect all of our pictures (in a series of straight and overlapping lines). Because we have high quality navigation with the Jason II, we know where we are working on the sea floor to within a few meters and can easily return to this area. And, because have a marker to help us find exactly where our mosaic is, we can return to the exact same coral colonies year after year. Finally, because we always take our pictures at the same heading, and the marker is in the mosaic, it is relatively easy to exactly duplicate the area covered in our mosaics each time we visit. 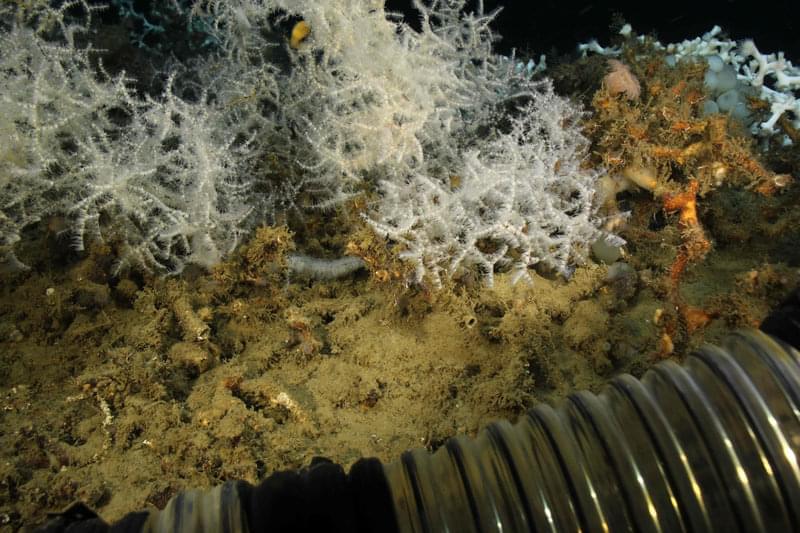 Although known as black corals because of the jewelry made from the black skeleton of the corals, in the Gulf of Mexico these Antipatharians in the genus Leiopathes come in colors ranging from white, through peach to orange and red. Image courtesy of Lophelia II 2010 Expedition, NOAA-OER/BOEMRE. Download larger version (jpg, 950 KB).

We, and others, have used this technique in other places, like around hydrothermal vents, where the environment is very dynamic and the communities often change dramatically over even very short time scales because of local earthquakes and volcanic eruptions. However, for most of the deep sea, life proceeds at a much slower and more peaceful pace. This is especially true for deep-sea coral communities, which can live for a very long time. In fact, some black corals are thought to be as much as 4,000 years old, and Lophelia reefs can live longer than that. So, for this project, our other objectives for the mosaics were to determine if we could detect and measure growth in some of the coral colonies we would be re-imaging after one year, and also to establish the sites so we (or others) could return and monitor what we thought would be very slow changes over a much longer time period.

However, on April 20, 2010, as a result of the Deepwater Horizon disaster, an estimated 50,000 barrels of oil began to spew into the Gulf of Mexico every day. It was 86 days until the well was capped and much of that oil may still be floating around the deep Gulf or has settled onto the deep-sea floor. We have all seen the videos of the streaming oil from the leak, pictures of giant oil slicks and sea birds covered in oil. Although the full range of impacts to life near the surface of the sea will not be known for some time, compared to the deep sea it is relatively easy to monitor shallow and shore line ecosystems. Furthermore, good base line data that could readily be used to monitor any possible effects of the disaster on deep sea ecosystems, or any kind change over time, is very rare for most large deep sea animals, and in fact does not exist for most of the deep sea ecosystems around the world. The impact, if any, to deep-sea life in the Gulf is still not known, and another use of our deep-sea long-term study sites has become very apparent. 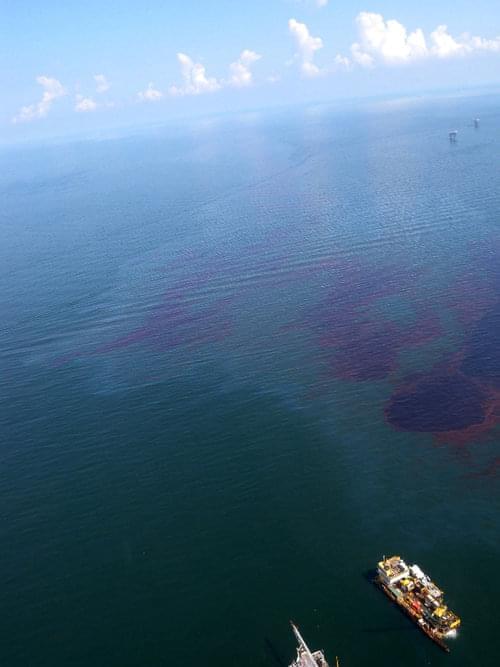 As a result of this ongoing BOEMRE and NOAA-OER project, including work begun only last year, we not only know of 12 sites with deep sea corals that we did not know about before, we have 18 very well-navigated and marked study sites where there are high-resolution mosaics and photographs of numerous coral colonies that we can re-locate and check up on this year and then continue to monitor for years to come. We can do much more than just return to a general area known to host corals - we can return to individual colonies we know well and take a close look to see how they are doing, if they are growing, and more importantly, if the communities are dying.