One of the key species we are studying in this project is Lophelia pertusa. L. pertusa is a stony coral that occurs throughout the world’s oceans mostly at depths from 200 – 1,000 meters, yet in the Gulf of Mexico L. pertusa has been observed to a maximum depth of 650 meters. L. pertusa, like most reef-building corals corals, forms colonies that provide habitat for numerous fishes and invertebrates. The functional unit of each coral colony is the polyp, and all polyps are connected to each other by a thin layer of tissues called the coenosarc. 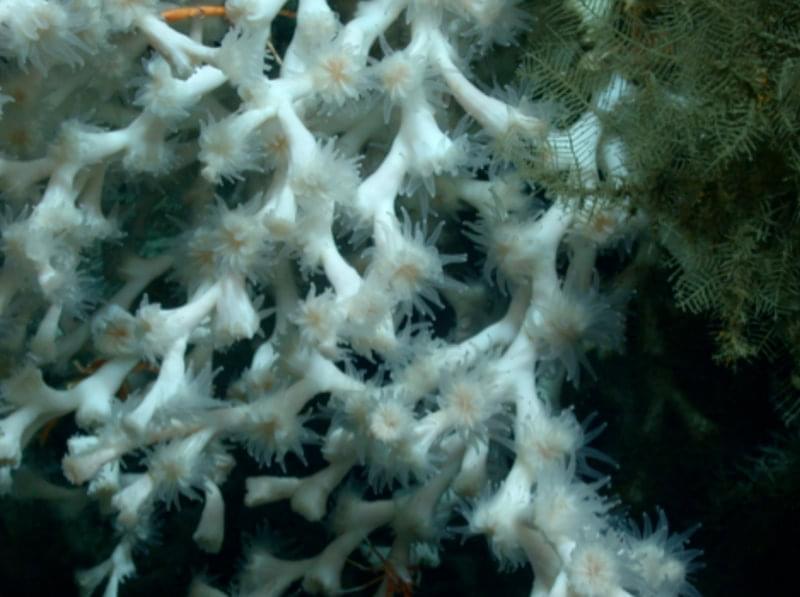 Unlike corals on tropical reefs, L. pertusa does not have algal symbionts and relies entirely on feeding to obtain energy. L. pertusa polyps have a stomach with one opening to the external seawater, a basic morphological character of cnidarians. The oral opening is surrounding by tentacles that are used to capture food particles in the seawater. The tentacles are armed with stinging cells called cnidocytes that are used to stun prey prior to ingestion. Once the food is digested in the gastrovascular cavity, the waste is expelled through the mouth. 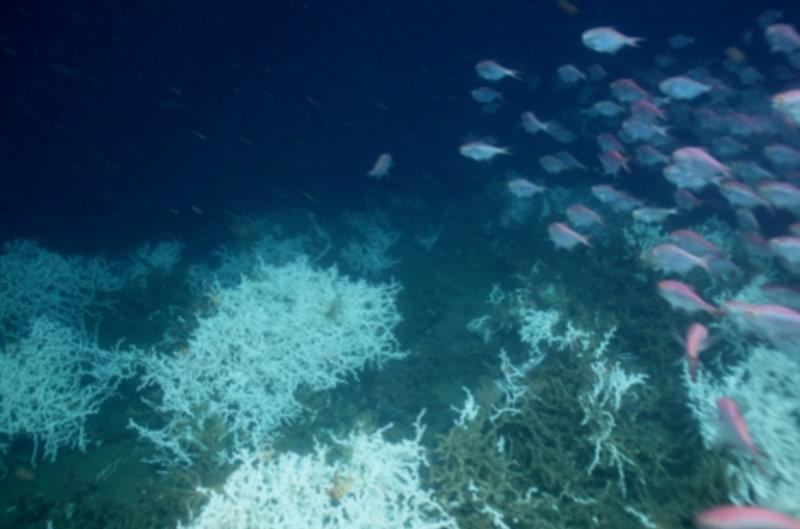 Reproduction in L. pertusa occurs by broadcast spawning. L. pertusa colonies may either be male or female, and gametes (sperm & eggs) are produced by each individual polyp in the colony. Fertilization occurs in the water column, forming ciliated planula larvae. The planula larvae have food supplies (lipids) and chemoreceptors used to help them find a good place to settle. Although the amount of time L. pertusa larvae spend in the water column is not known, researchers estimate approximately 35 days, or twice the time shallow-water coral larvae spend in the water column. Once a larva settles on a hard substrate (which can be a carbonate rock, shipwreck, or even an oil rig), it can start precipitating skeleton and forming a colony. Besides reproduction described above, L. pertusa has another way it can spread over a reef. If a colony is broken or fragmented, it may continue to grow, therefore appearing to be two separate colonies. Genetic techniques help us understand how many unique colonies occur on a reef area. Through such genetic studies, we have learned that some reefs are made up of only a few unique individuals even though the reefs are extensive in area.

Current knowledge suggests that distribution, abundance, and growth of cold-water corals are strongly influenced by temperature, food supply, water flow, dissolved oxygen concentration, and carbon chemistry. These factors vary across ocean basins, so L. pertusa has a rather patchy distribution in the cold, dark waters of the deep sea. One of the major goals of this project is to better understand the environmental variables that limit L. pertusa’s distribution, and live specimens are currently being subjected to a range of temperature, dissolved oxygen, and pH values at our laboratories. 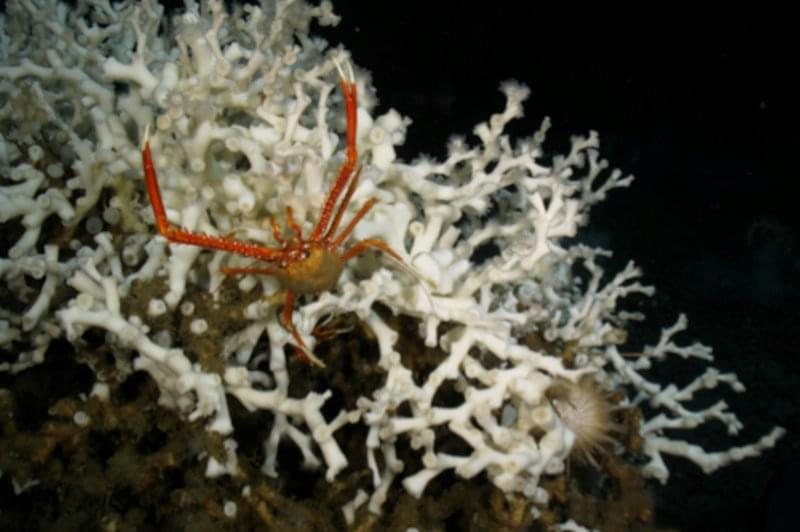