On October 25th, a team of underwater archaeologists will join the NOAA Research Vessel Ron Brown at sea in the Gulf of Mexico for the second leg of the Lophelia II 2010: Oil Seeps and Deep Reefs cruise. Their objective is to complete the documentation of the S.S. Gulfoil shipwreck, a World War II U-boat casualty. The Gulfoil was positively identified during the 2008 Lophelia II cruise, but detailed investigations were interrupted by the arrival of Hurricane Ike into the Gulf of Mexico. 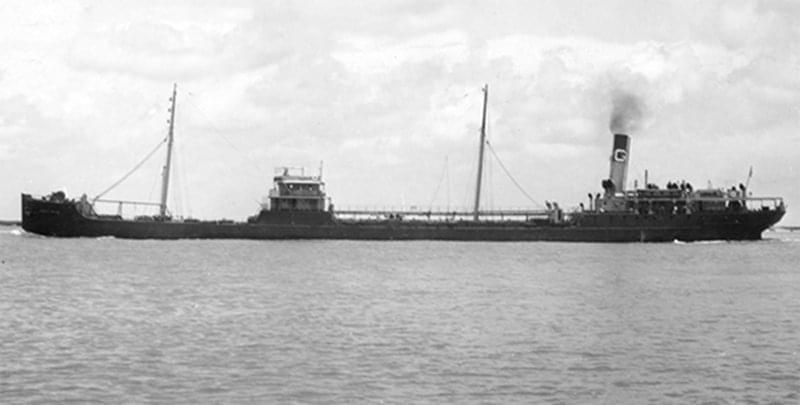 The tanker Gulfoil, prior to being sunk by a German U-boat in the Gulf of Mexico in 1942. Image courtesy of Mariner’s Museum, Newport News, Virginia. Download image (jpg, 29 KB).

The Gulfoil was a 5,188-ton tanker built in 1912. It was one of seven 407-foot-class “Gulf” tankers built by the New York Shipbuilding Company in Cameron, NJ for the Gulf Oil Corporation. The Gulfoil was 383 feet long at the keel and 51.2 feet wide at the beam, or widest part of the ship. At the time of its sinking, the Gulfoil was armed with a 4-inch deck gun and two 30-caliber machine guns that were manned by a four-man naval gun crew.

On the evening of May 17, 1942, the tanker Gulfoil, outbound from Port Arthur, TX carrying petroleum product destined for New York City, was struck on the starboard side by two torpedoes fired from the U-506. The first torpedo exploded amidships, causing the Gulfoil to list heavily to starboard. Minutes later, the second torpedo exploded near the engine room, and the tanker began to rapidly sink. The Gulfoil sank in less than two minutes, giving the crew no time to send a distress signal. Out of a crew of 40, only 19 survivors made it into two life rafts. The survivors drifted in the Gulf of Mexico for 35 hours before being rescued by the SS Benjamin Brewster (Wiggins, 1995: 81-82; and Associated Press, 1942). 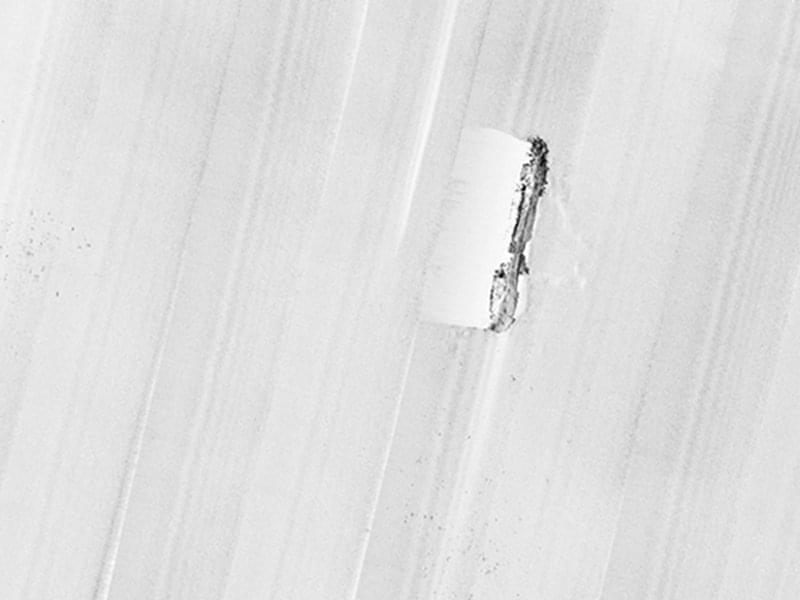 The October investigations of the Gulfoil will focus on two archaeological objectives. The first is the detailed documentation of the wreck and a closely associated debris field. This detailed investigation will be used to verify historic accounts of the sinking, assess the current site preservation, study site formation processes at the wreck, and provide baseline data for future monitoring and study of the shipwreck.

The second objective is to test the accuracy of a deepwater shipwreck predictive model developed using data from the 2004 Gulf of Mexico DeepWrecks Study. This model was designed to predict debris patterns of iron or steel shipwrecks in deepwater. It will provide archaeologists a better means of determining protective zones around deepwater shipwrecks and aid the creation of site investigations plans. Testing of the predictive model will focus on an area of debris 1000 feet away from the main wreck. Based on the model, this debris falls at the edge of the predicted avoidance zone of the wreck and is indicative of one of the basic deepwater distribution patterns observed during the DeepWrecks Study. Investigations will be carried out over this debris area to verify whether the debris is associated with the Gulfoil.