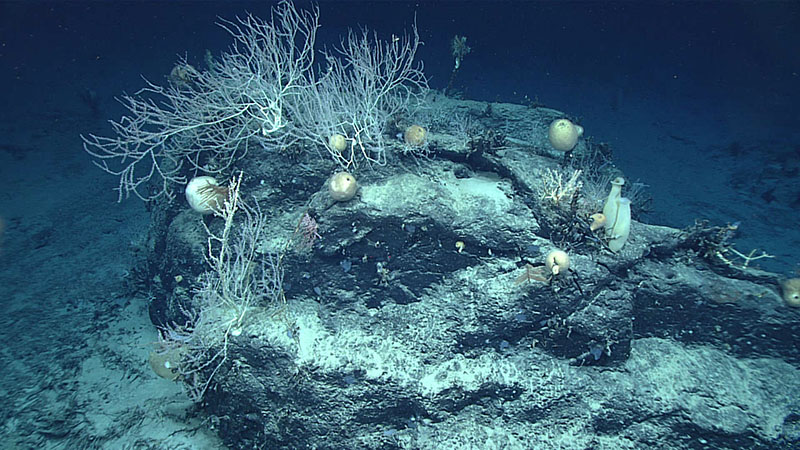 As we moved upslope during the first dive of the 2021 North Atlantic Stepping Stones expedition, we saw many scenes like this one, where a diversity of corals and sponges covered exposed rock surfaces. These live corals and sponges were frequently seen in conjunction with dead coral and sponge stalks that were covered in a ferromanganese coating. Scientists estimate this coating grows at a rate of approximately one millimeter every million years, suggesting that the corals and sponges had been dead for quite some time.