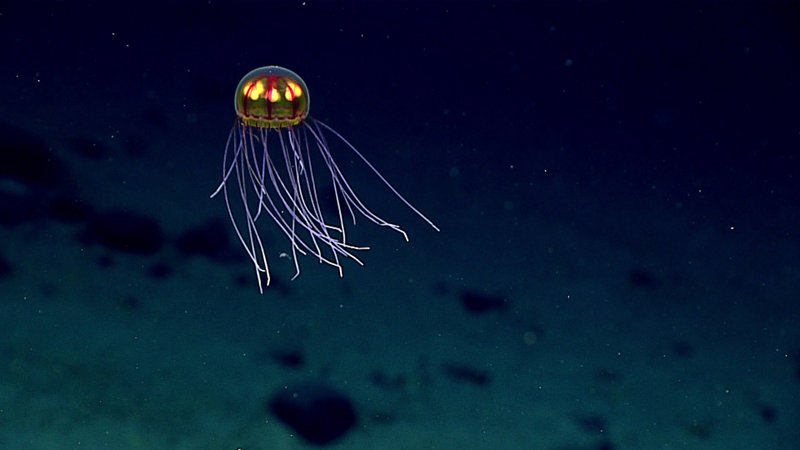 This stunningly beautiful jellyfish was seen during Dive 4 in the Marianas Trench Marine National Monument on April 24, 2016, while exploring the informally named “Enigma Seamount” at a depth of ~3,700 meters. Scientists identified this hydromedusa as belonging to the genus Crossota. Note the two sets of tentacles — short and long. At the beginning of the video, you'll see that the long tentacles are even and extended outward and the bell is motionless. This suggests an ambush predation mode. Within the bell, the radial canals in red are connecting points for what looks like the gonads in bright yellow.