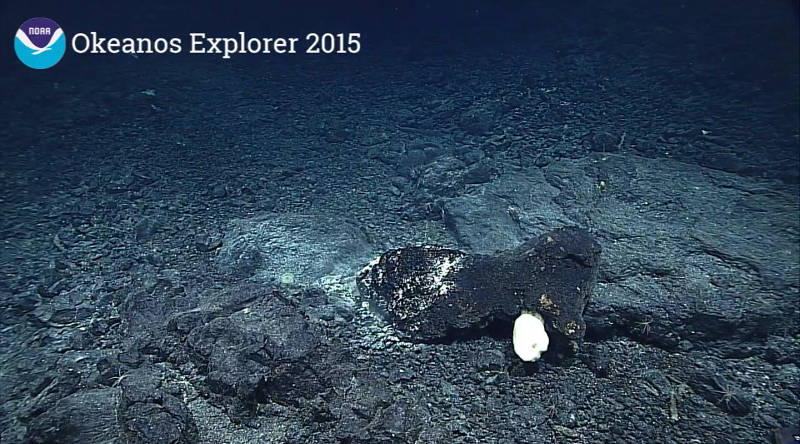 Kimberly Galvez: Photograph taken from NOAA Ship Okeanos Explorer dives of the basaltic seamount ‘Karin Ridge’ adjacent to the Hawaiian Islands (~160 kilometers southwest of the islands). The hard substrate is made up of pillowed lava flows of encrusted manganese basaltic rock with what is thought to be microbial activity mixed with a sediment deposition matrix that rests on top of the rock. The gross morphology suggests this feature to be a lava tube that may have occurred during the formation of this seamount and was later extruded from its original position. A sponge (possible glass sponge) has attached itself to the lava tube. Light-colored areas indicate areas of sediment deposit and/or microbial activity.