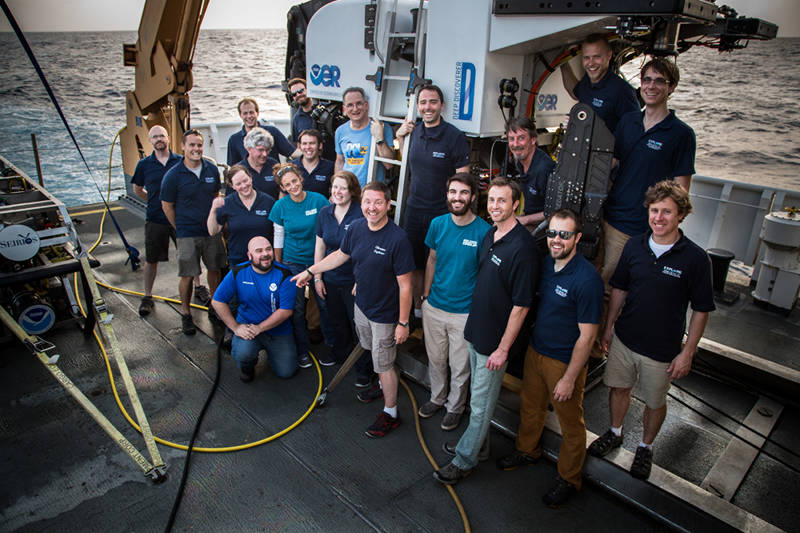 The on-ship exploration team poses with D2 at the end of the expedition. Image courtesy of the NOAA Office of Ocean Exploration and Research, Exploring Puerto Rico’s Seamounts, Trenches, and Troughs. Download larger version (jpg, 2.1 MB).

Prior to pulling into port this morning, we recovered a Slocum glider that had been deployed on Leg 2 of this expedition and which had been declared lost at sea. Less than 24 hours ago, the glider returned to the surface and transmitted its position. Luckily, the glider was only a couple miles off of our course back into port, so we adjusted our plans to accommodate this recovery. We arrived in San Juan at 0900 and our team quickly began demobilization and securing everything for the long transit to the Pacific. Despite the mechanical issues we experienced, we still had a productive cruise. We explored seafloor habitats for fisheries managers, collected valuable data for assessing and predicting geohazzards, conducted some of the deepest ROV work ever in the Puerto Rico Trench, documented several range extensions and potential new species, and made many rare observations.