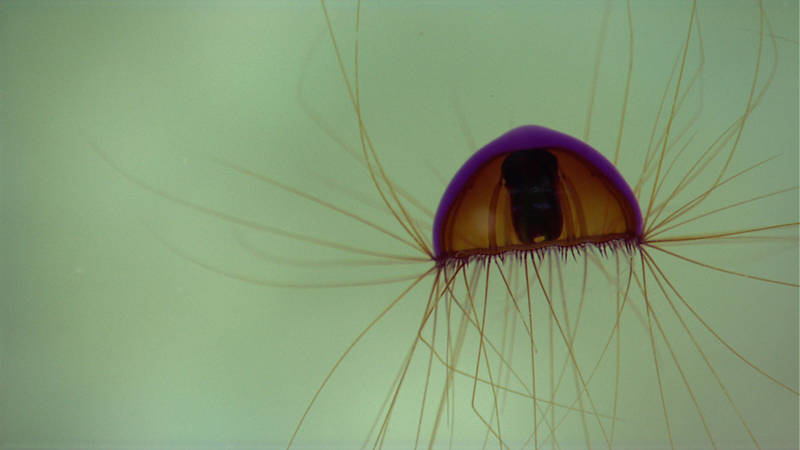 Highlights from Dive 7 to explore the east wall of Guayanilla Canyon starting from a depth of 2,100 meters. Video courtesy of the NOAA Office of Ocean Exploration and Research, Océano Profundo 2015: Exploring Puerto Rico’s Seamounts, Trenches, and Troughs. Download (mp4, 55.8 MB)

Dive 07 transited up the east wall of Guayanilla Canyon starting from a depth of 2,100 meters. At the start of the dive, we encountered nice outcrops of well bedded, but cleaved, shales and sandstones that form part of the Late Oligocence Juana Diaz Clastic Formation. As we traversed up slope, we transitioned into extensive outcrops of bedded carbonates of the Middle Miocene to Early Pliocence Ponce carbonate formation. Most outcrops appeared to have gentle dips; however, in the middle of the carbonate section, we observed several examples of slope failures. During the dive, we observed several species of corals, but relatively few sponges and sessile fauna overall. We reached a vertical cliff face at ~1,800 meters that had little to no colonization of benthic fauna, but evidence of extensive bioerosion in some of the layers. Other notable observations on this dive included a dandelion siphonophore, benthic jellyfish, and a benthic ctenophore on a sea pen.