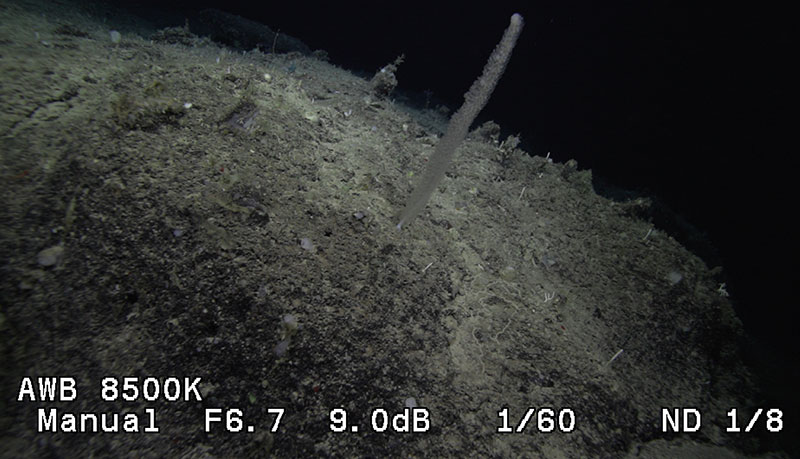 When first encountered during Dive 2 of the Illuminating Biodiversity in Deep Waters of Puerto Rico 2022 expedition at Whiting Bank, this animal appeared to be a kind of sea pen that lives on rocks, a “rock pen.” However, when the remotely operated vehicle approached and the animal was examined at a closer distance, shipboard scientists were not sure what it was, only that it was not a rock pen. The animal was collected and once back on board, the mystery continued. The science team was eventually able to determine that it was a colonial tunicate that had colonized the dead stem of some other organism.